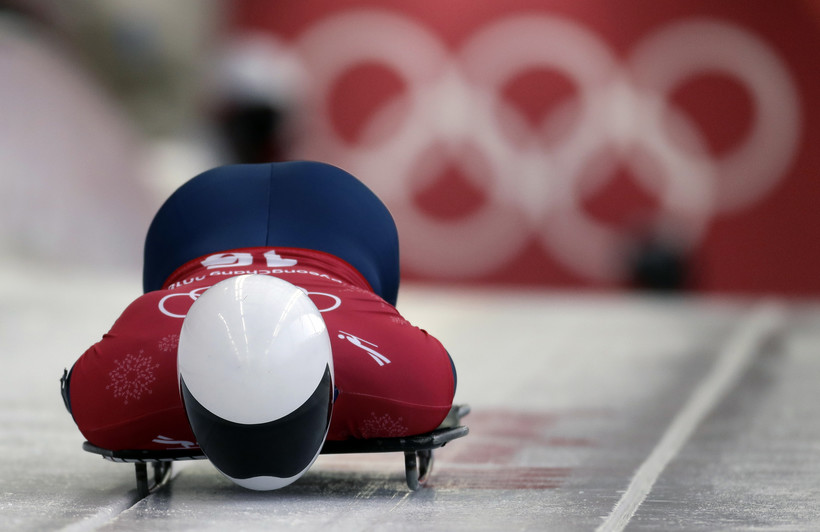 A Prairie du Chien, Wisconsin native is hoping to get his second Olympic medal in the skeleton this week.

Matt Antoine is one of four skeleton riders on Team USA competing in Pyeongchang. The athletes can reach speeds of up to 90 miles per hour while sliding head first on a small sled, called a skeleton bobsled, down an icy track.

To prepare himself for this year’s games, Antoine says he had to take a break from the sport after winning the bronze medal at the 2014 Winter Games in Sochi.

"After 2014, I realized I needed a life change," Antoine said at a press conference held by the USA Bobsled and Skeleton Federation in Pyeongchang on Feb. 8. "I had been in the sport for 11 years and training the entire time."

So, he moved to Arizona, bought and renovated a house, and adopted a dog. "I took the opportunity to move to Arizona to train in a different environment, kind of get a different perspective on everything," he said. "Having that life outside of the sport has renewed my love for the sport. I needed to get away from it a bit more to realize how much I still enjoyed it."

While the winter weather and high winds have delayed a number of Olympic competitions in Pyeongchang this week, Antoine said skeleton is extremely weather dependent. If it gets too warm outside, the artificial refrigeration kicks in to keep the ice cold and the track develops a layer of frost on top. While the ice stays frozen, it slows down the athlete’s sled.

"Then you're constantly having to change your sled and runner set up," said Antoine. "The track can change significantly from start to finish of the race. So, when it's cold like this, we don't have to rely on the artificial refrigeration and the ice stays a pretty consistent from start to finish. It stays hard, it doesn't break down nearly as fast. It just makes the track faster."

Plus, Antoine says it’s easier to navigate a faster track and keep his rhythm. At this year's Winter Games, skeleton, luge, and bobsled are all taking place at the Alpensia Sliding Center, which has caused some issues for luge riders. Curve 9, in particular, is causing some athletes to lose control, but it’s not worrying Antoine.

"Sliding shouldn't be easy, it should be difficult," he said. "It's not the fastest track, but there are a lot of tricky aspects. You’re going to see jostling through stands. It's going to be tough for an athlete to have four really consistent runs. I think it'll be a really good competitive race."

The men’s skeleton competition kicks off Thursday and concludes with the medal race on Friday.