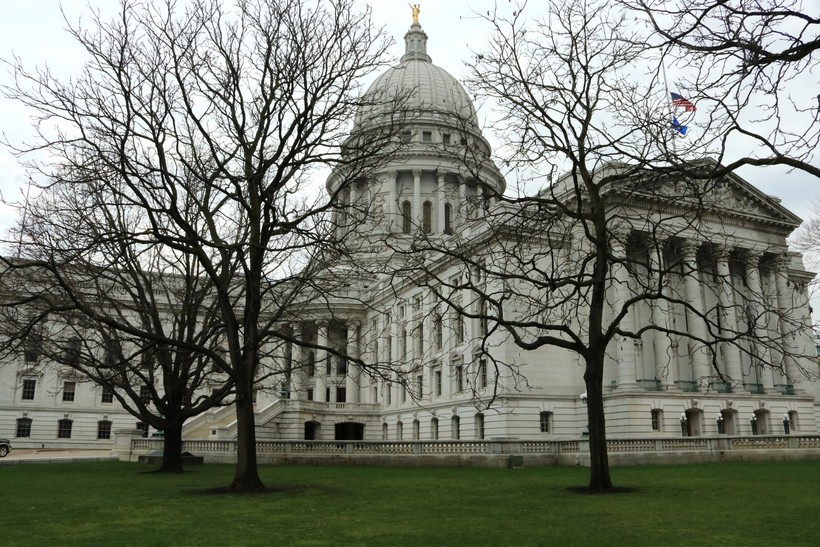 Wisconsin legislative leaders and Gov. Tony Evers are considering action at the state Capitol to support Wisconsin workers, businesses and schools amid the ongoing spread of COVID-19 in the state, the leader of the state Senate said Tuesday afternoon.

Senate Majority Leader Scott Fitzgerald, R-Juneau, said he has had multiple meetings with Gov. Tony Evers or his staff since late last week and is in regular contact with Assembly Speaker Robin Vos, R-Rochester, about action state lawmakers could take to support Wisconsin schools, businesses and workers struggling amid the pandemic.

Fitzgerald said an extraordinary session of the Legislature — a type of session called outside the previously anticipated legislative schedule — could be called sometime this spring. He noted, however, that the timeframe for such a meeting is in flux.

"This may not happen until April (or) May," he said. "It seems that consensus is building nationwide that this (virus) is something that could take three months to run its course."

Fitzgerald said specific proposals have not been ironed out, but general areas of interest include supporting workers, businesses, and schools.

"What we’re working on is to better define, or fine tune the discussion, on what we may be asked to react to," he said.

Fitzgerald noted there is "a whole front that needs to be addressed when it comes to small business," but said K-12 education has been top of mind for him.

"If they cancel the balance of the school year, that’s a whole different set of issues that emerge," Fitzgerald said. "So, in my mind, that’s kind of the biggie that’s hanging out there right now."

Fitzgerald also said he and other leaders are keeping a close eye on action taken on the federal level to support citizens during the pandemic.

Vos' and Evers' offices did not immediately respond to requests for comment about potential proposals for or discussions about the possible extraordinary session.

However, Evers did share one specific request on Tuesday afternoon: that lawmakers act quickly to repeal a one-week waiting period for unemployment insurance (UI) benefits that's written into state law.

"I am urging the Wisconsin State Legislature to quickly act and repeal the one week waiting period for UI benefits, so UI funds can quickly get to affected workers to support those households and our communities," Evers said in a statement released by the state Department of Workforce Development.

Fitzgerald announced earlier on Tuesday the state Senate would postpone its legislative session days scheduled for next week due to the ongoing spread of COVID-19.

In a prepared statement, Fitzgerald said the decision was made "out of an abundance of caution for Senators, their family members, and staff members who may be vulnerable to coronavirus."

Fitzgerald said he and Vos have agreed to call an extraordinary session of the state Legislature later this spring so the Senate can finish its business. The meeting next week was expected to be the Senate's last day of voting in 2020.

"This coronavirus is a public health issue that should be taken seriously," Fitzgerald said. "Wisconsinites must avoid panic and instead listen to the recommendations of health professionals at the federal, state, and local levels."

The move delays votes on a number of proposals, including a package of bills meant to support Wisconsin’s struggling dairy industry, which passed the Assembly last month.

Those proposals include a plan to require the state economic development agency to partner with the agriculture department to increase dairy exports, with the goal of making Wisconsin’s milk exports equal at least 20 percent of the nation’s milk supply by 2026.

Other bills in the package would provide grants to dairy processors and provide some tax exemptions for farmers.

Other bills awaiting Senate action include:

All of those measures have passed the Assembly and would move to Evers’ desk after Senate approval.

Editor's note: This story was updated Tuesday afternoon with reporting about a possible extraordinary session in response to COVID-19 and to include a statement from Gov. Tony Evers.