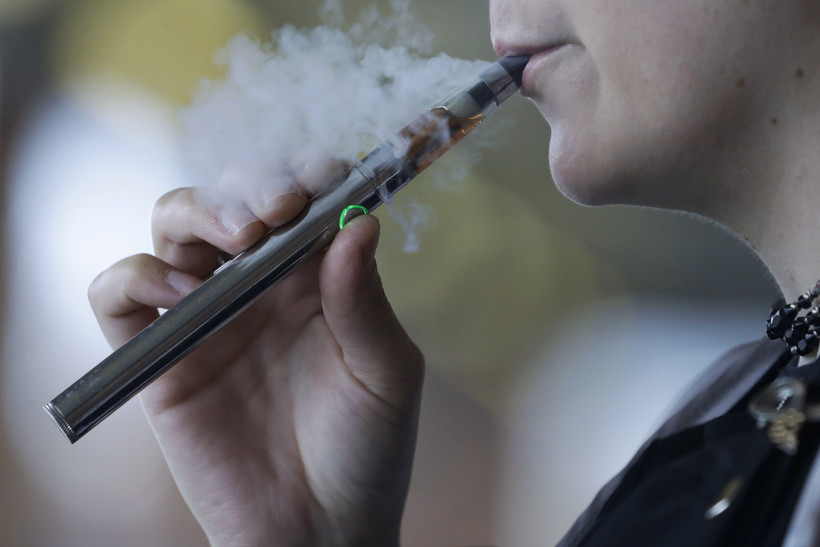 Wisconsin is considering a bill that would clamp down on cigarette sales — both electronic and traditional — by raising the age for purchasing and using such products.

The surge in popularity of e-cigarettes, some of which have been linked to severe lung damage, has prompted more than a dozen states to boost the age for buying these devices along with combustible tobacco products from age 18 to age 21.

This year alone, eight states have enacted such laws, according to the American Heart Association.

Despite strong support from health organizations and school officials, the author of the Wisconsin proposal admits it could be a tough sell.

"Trying to move something from 18 to 21 is never an easy thing," Rep. John Spiros, R-Marshfield, said Wednesday during a public hearing held by the Assembly committee on substance abuse and prevention.

There are concerns that raising the age for buying tobacco or nicotine products should be consistent with the threshold for serving in the military and voting. Others are skeptical that requiring customers to be 21 years old or older would not have a significant impact.

"I’m still having trouble wrapping my head around this," said committee chair Rep. Jon Plumer, R-Lodi. "How is 21 going to limit that availability? I’m looking for someone to convince me this is the magic number."

Health officials counter that is a key age because 95 percent of adult smokers became addicted to nicotine before the age of 21. The substance also has been shown to have a negative impact on brain development, which continues until the mid-20s.

"The adolescent brain is exquisitely sensitive to nicotine, which can cause problems with learning and memory, as well as long-term behavioral impairments including depression, anxiety and mood disorders," testified Louella Amos, a pulmonologist at Children’s Hospital of Wisconsin where the nationwide vaping epidemic was first identified when a string of young people had difficulty breathing.

Amos said the hospital continues to see patients with health problems related to vaping. Some athletes have lost sports scholarships because of the health issues. Others can’t quit using, despite their medical ordeal, she said.

The bill focuses on purchasers, not retailers.

Because retailers don’t have to obtain a license to sell e-cigarettes, critics say that could make the law difficult to enforce.

That is one reason the Wisconsin chapter of the American Cancer Society doesn’t support the law, which it also contends is not strong enough. The group wants the state to spend more money to help smokers quit and for the state’s indoor smoking ban to include vaping products.

A separate bill banning e-cigarettes indoors is working its way through the legislature.

E-cigarette manufacturers promote their products as alternatives to traditional cigarettes for adults, but critics point out e-cigarette pods are sold in fruity flavors that mainly attract teens and young adults.

The U.S. Food and Drug Administration is considering a ban on flavored vaping products.