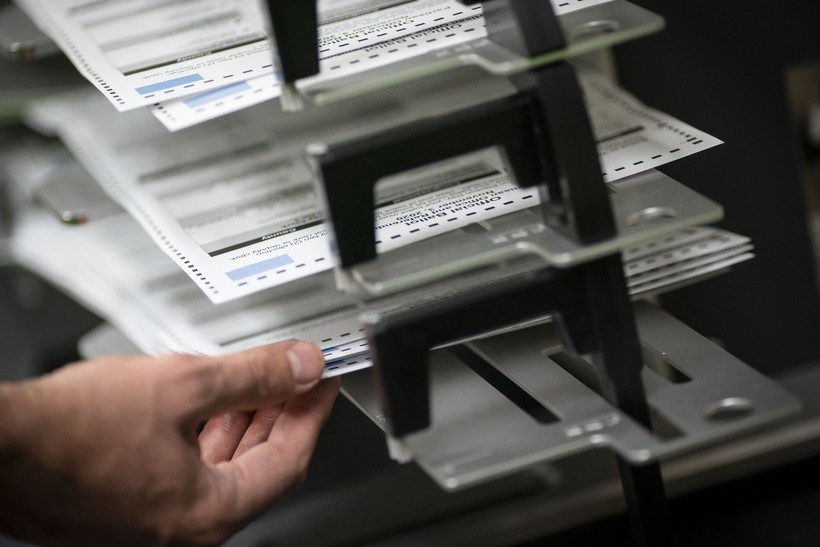 The Wisconsin Elections Commission plans to launch a voter education campaign this fall in hopes of building more trust in the state's elections, a move that comes as former President Donald Trump continues to falsely claim the 2020 election was stolen and as another state lawmaker has joined the legally impossible push to decertify the race.

In September and October, the commission said it will launch the two-phase election education project aimed at explaining how to register to vote, how absentee voting works, what happens at polling places during elections and how to become a poll worker. The agency's staff said the plan did not require commissioners' approval.

The first prong of the campaign will focus on high school students. A series of videos produced by the WEC will be shared by the Wisconsin Department of Public Instruction with social studies and civics teachers who will incorporate them into weekly lessons.

"This campaign will help students understand the mechanics of Wisconsin elections even before most of them are eligible to vote," said a WEC staff memo outlining the project. "Increasing awareness and understanding of the electoral process now will help students become well-informed and well-rounded citizens as they move from high school into adulthood."

The second phase of the voter education initiative will focus on adults through television, radio and newspaper announcements.

The content of those videos is still being finalizedaccording to commission staff. But a four-part series will cover a general overview of election administration in Wisconsin, details about voter registration, how election officials maintain election security and an explainer on how a voter's ballot is processed.

"This campaign will not be a get-out-the-vote drive," said the WEC project overview. "Rather, this effort is about education and sharing fact-based materials with students and the general public. The project is nonpartisan, and all content associated with it will focus on how things work, why they work that way, and what it means for voters."

The voter education campaign is being finalized as former President Donald Trump continues to falsely claim the 2020 election was stolen from him and that results in states like Wisconsin should be decertified. On Tuesday, Trump released a statement pressuring Assembly Speaker Robin Vos, R-Rochester, to decertify Wisconsin's 2020 election results, which election law experts and the Legislature's own nonpartisan attorneys say is legally impossible.

Vos is facing a primary challenge from Republican Adam Steen in the Aug. 9 election. Trump, without naming Steen, said in a written statement the challenger "will do well if Speaker Vos doesn't move with gusto."

Trump's statement came on the heels of a Wisconsin Supreme Court ruling that found the use of absentee ballot boxes to be illegal. Communities throughout Wisconsin expanded the use of drop boxes during the 2020 election as residents looked for new ways to avoid voting in person during the COVID-19 pandemic.

Trump's statement inaccurately claimed the state's high court ruled that absentee ballots dropped into those boxes were also found to be illegal.

On Friday, as WEC board members met remotely, State Rep. Janel Brandtjen, R-Menomonee Falls, also called for the 2020 election results to be decertified. She claimed that "rogue clerks" and the commission subverted the election process.

"We will never know the outcome of the 2020 presidential election," said a statement from Brandtjen. "Tyranny is at Wisconsin's door."

State Rep. Tim Ranthum, R-Campbellsport, who is running for governor, was the first state lawmaker to call for decertifying President Joe Biden's win in 2020. Ranthum was disciplined by Vos in January after he repeatedly blamed the speaker for not doing more to overturn the results.

In March, former state Supreme Court Justice Michael Gablemen, who Vos appointed as a special counsel to investigate the 2020 election, recommended lawmakers consider decertifying results from the 2020 presidential election. Vos rejected that appeal, saying at the time that the state Constitution and his oath of office "does not allow me to decertify any election whether I want to or not."

A statewide survey in June by the Marquette University Law School found 90 percent of respondents identifying as Democrats said they were "very confident" in the 2020 election results, while just 13 percent of Republicans said the same.