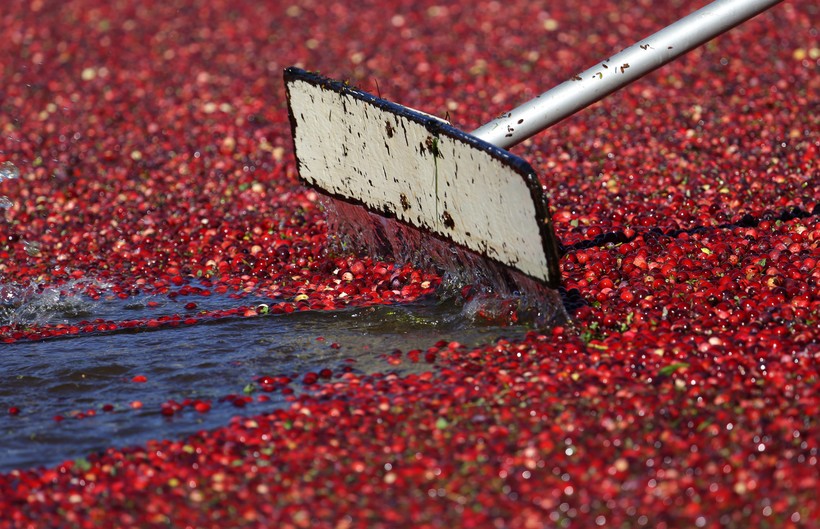 Like many of the state's industries, Wisconsin cranberry growers have faced ups and downs related to the COVID-19 pandemic this year.

But industry leaders say the weather ended up having the biggest impact on the 2020 crop.

In September, the U.S. Department of Agriculture predicted Wisconsin’s cranberry crop would total around 5.5 million barrels, up 18 percent from 2019.

But Tom Lochner, executive director of the Wisconsin Cranberry Growers Association, said a cool spell at the end of summer kept many of the state’s cranberries from growing to full size.

"We really need warm weather for that. So the size of the fruit was down a little bit than what we expected it to be. The numbers of berries were out there, but they were smaller than what growers were expecting," Lochner said.

Ray Habelman, owner of Habelman Brothers Company in Tomah, said his cranberry crop this year is definitely better than in 2019 and ended up being about average. He said many growers in northern regions like Wisconsin Rapids were more affected by the weather.

A renewed demand for fresh cranberries has turned out to be a bright spot for his business this year, Habelman said.

"The grocery industry, especially fruits and vegetables, has been really strong since the pandemic started back in April," Habelman said.

He said demand for cranberries was high heading into the holiday season and his company shipped a lot of fresh fruit out to stores.

"Even though a lot of the Thanksgiving celebrations were smaller, I think people were still hungering for some traditional part of the holidays," Habelman said.

"We have seen that our sales for out-of home consumption, whether it's in restaurants or other venues or in convenience stores, those sales have declined. But that's not a huge market for us compared to the in-store sales, so we’ve actually seen some of our sales go up," Lochner said.

Lochner said having a smaller statewide crop over the last two years has also helped improve prices by bringing down an oversupply of cranberries.

Lochner said growers across the country have been working to reduce the industry’s surplus by adopting a federal supply management program to limit production in 2018 and 2019.

Before that program, pay prices for growers had fallen below the cost of producing the fruit.

"We’re seeing that inventories have come down to levels that are much more manageable and in line with what our needs are for the market," Lochner said. "At the same time, we've been trying to develop markets. COVID has created a challenge in that area."

He said cranberry exports have dropped significantly this year because of the pandemic and continued tariffs from countries like China.

Habelman said the pandemic also made getting packaging supplies and maintaining a full workforce more difficult this fall.

While he’s hopeful next year will be better, Habelman said he’s already thinking about possible changes to his business to get around the challenges.

"Just trying to run things a little smoother next year, more efficiently in case we do have labor problems and have to be shut down for certain times of the year," Habelman said.

Lochner said growers in the state are also working with researchers to better manage their vines this winter and prevent cold weather damage to next year’s crop.