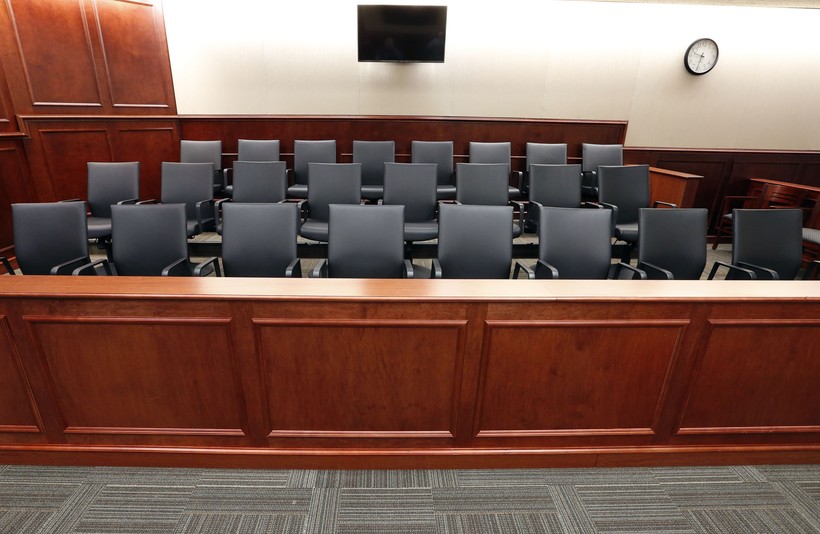 Jury Trials, Some Cases Postponed To Prevent The Spread Of COVID-19
By Danielle Kaeding
Share:

Some Wisconsin circuit courts are postponing jury trials and other cases as they seek to prevent the spread of the new coronavirus. At least 30 courts had issued emergency orders in response to the disease as of Tuesday afternoon and the list continues to grow.

Dane and Milwaukee County Circuit Courts were among the first to respond as the Wisconsin Department of Health Services reported confirmed cases in the state’s major urban areas. The number of positive tests for COVID-19, the scientific name for the disease, had grown to 72 cases statewide on Tuesday with more than 1,000 tests administered so far.

Milwaukee County canceled a number of proceedings and limited appearances and hearings. Jury trials have been postponed through April 3. Other hearings that have been adjourned include adoption hearings, family drug treatment court and county ordinance violations.

RELATED: How Wisconsinites Are Helping Each Other During COVID-19 Shutdowns

Milwaukee County Circuit Court Clerk John Barrett said they're trying to limit all in-person contact with the courts except for processing arrests and certain cases.

"We need to keep the jail from overcrowding. We need to keep domestic violence cases from creating difficulties in our community," said Barrett. "Those are, right now, our priorities."

While the courts are not completely shut down, Barrett said they’re trying to accomplish as much as possible by telephone or electronic filing.

Randy Koschnick, director of state courts, informed court officials that the Wisconsin Court System would provide each county with a unique Zoom account to allow courts to host online meetings and video conferencing.

"While this crisis is something that is scary and dangerous, it’s also sort of prodding us into the future," said Barrett. "Hopefully, this will pass and people will stay healthy and stay safe. When it’s done, we may be a better operation for it."

In the meantime, Barrett said it’s likely that people’s court dates would be postponed in the near future. However, the courts aren’t likely to grind to a halt, according to Christopher Shattuck, law practice assistance manager for the State Bar of Wisconsin.

Shattuck and Aviva Kaiser, ethics counsel for the State Bar, were scheduled to hold a teleconference call with attorneys on Tuesday to provide guidance to members on how to maintain business and interactions with clients during any disruptions. Firms are addressing many of the same issues with employees, such as leave and absence policies and how to work remotely.

Kaiser said lawyers have an obligation to maintain policies and procedures to safeguard their clients' properties and funds. She said they may have to be careful with concerns about securing information for attorneys working from home.

"Are we working in a space that preserves confidentiality so that no one else has access and can hear those conversations? If we are using our home computers, are those protected?" she asked.

Louis Molepske, Portage County district attorney and president of the Wisconsin District Attorneys' Association, said he's heard some attorneys are taking their office desktop computer stacks home in some instances. He said one of the biggest challenges facing prosecutors is the lack of a clear directive from the director of state courts.

"Each county is doing it piecemeal," he said, referring to the courts' response to the pandemic.

Molepske added the lack of consistency statewide can create challenges when working on cases that involve neighboring counties with varying levels of response. In Portage County, the court is limiting appearances of more than 10 people at any one time in response to Gov. Tony Evers' order further restricting gatherings on Tuesday. The governor's order exempted the Wisconsin Court System, but Molepske said it's a good baseline for protecting public health.

Adam Plotkin with the State Public Defender’s Office said they’re trying to balance public health needs of their staff and due process for clients.

"SPD staff are concerned about the health status of incarcerated clients given their increased vulnerability," wrote Plotkin in an email. "To that end, we are working to decrease the risk through reduction of the jail population by seeking alternative means of pretrial monitoring outside the jail."

Plotkin said they’ve also been making arrangements for staff to work from home when possible, but he noted some appearances require attorneys to be in court.

As southern Wisconsin areas are facing community spread of coronavirus, northern Wisconsin counties are also taking steps to limit court activity to reduce the risk to their more rural residents. Bayfield County and Ashland County circuit courts in far northern regions of the state are among those that have issued emergency orders. Bayfield County is postponing jury trials without statutory time limits until April 22. Ashland County canceled all jury trials scheduled before May 1.

According to state projections, more than half of the county's population is expected to be 55 and older by 2040.

Late Tuesday, Koschnick, the director of state courts, announced administrative offices for the Wisconsin Court System will continue essential duties with limited staff, but offices will close temporarily from March 18 through at least April 3.

"Our highest priorities at this time are to make sure courts are operational in order to maintain the rule of law and to protect the health of the public and court staff. The quickest and most effective way to do that is to reprioritize court cases and to reduce person-to-person contact," said Koschnick.

The Supreme Court also canceled oral arguments scheduled for March 18 and a hearing on a rule petition slated for April 2. Filing deadlines in appeals court cases that were set to expire between March 19 through April 3 have been extended by 21 days.

The changes were made to be consistent with Gov. Tony Evers' restrictions on mass gatherings, Koschnick said. They follow the continuation of all civil and criminal jury trials scheduled before May 1 within the U.S. District Court for the Eastern District of Wisconsin. Attorneys and litigants can file a health-related motion in the U.S. District Court for the Western District of Wisconsin.