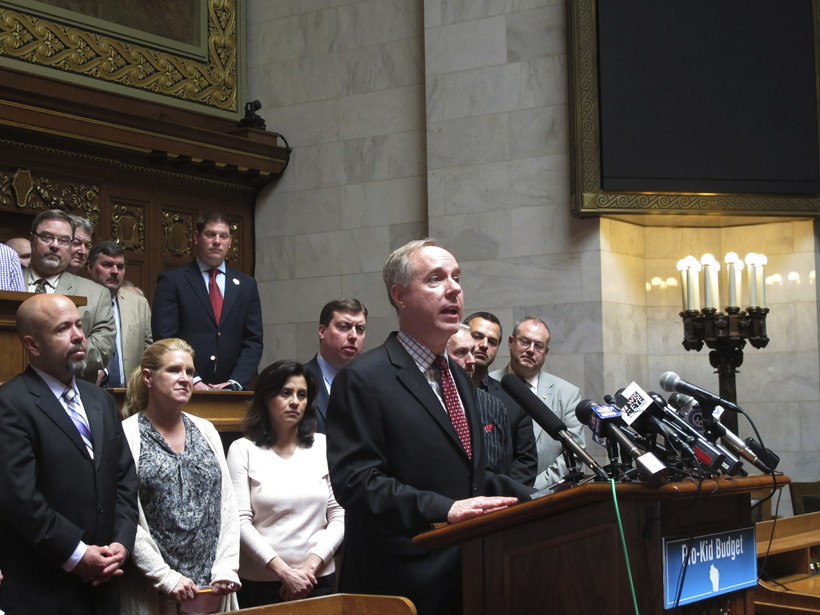 Wisconsin Assembly Speaker Robin Vos says there is reason to believe the 2020 election in Wisconsin was "tainted," but President Joe Biden won.

"Do I believe, in the end, that Joe Biden won the election? Yeah, I think he did," Vos, R-Rochester, said Tuesday during an interview with WPR’s "The Morning Show." "There’s no doubt he’s the president. That’s where we are."

But Vos said the state needs to "look forward" to guarantee public faith in elections. He said he believes "half of the state or more" thinks there were "serious problems with the way the election was conducted."

This summer, Vos announced a taxpayer-funded investigation into the election, led by former conservative Supreme Court justice Michael Gableman. The ongoing investigation, which recently altered some of its requests for information from state and local officials, is expected to be complete by the end of the year, Vos said Tuesday.

The initial deadline for the roughly $680,000 investigation was this month. Vos wouldn't say if additional taxpayer funds would be needed to extend the inquiry.

"It really depends on how we keep going forward," he said. "We are discovering more and more on a regular basis about things that happened during the election."

When pressed for examples of wrongdoing, he pointed to some local election officials’ guidance to voters about voting under "indefinitely confined" status during the COVID-19 pandemic. The guidance was issued in March. A week later, the state Supreme Court ordered clerks to stop issuing it. The presidential election was in November.

Vos also pointed to large grants Wisconsin’s five largest cities received to help with election administration. Republicans have been critical of the grants, which came from a group founded by Facebook CEO Mark Zuckerburg, saying they allowed inappropriate outside influence on how elections were run.

The speaker characterized the grants as "a nonprofit group that basically took over elections." A report released in April following an investigation by the Green Bay city attorney into grant administration there pushed back on the Republican criticism.

Earlier this month, a Dane County judge ordered Vos to publicly release documents related to the election investigation, following a lawsuit from a nonprofit group seeking the files. The group filed a second, similar lawsuit on Tuesday. The requested documents include outlines of what investigators have been asked to do, how much they are spending on the inquiry and Vos’ communications with his staff and external parties regarding the investigation. Media organizations have also requested the files without success.

During Tuesday morning's interview, Vos compared releasing the documents to a district attorney releasing files in the middle of a murder investigation.

"They do not put out for public display, for everyone to read, who they’re talking to and who they’re investigating, giving an advantage to people who actually committed the crime to avoid prosecution," he said. "That’s exactly what would happen if we decided to put all the documents out."

Gableman has said he will grant immunity from penalties to election officials who testify in the probe. Last week, Attorney General Josh Kaul outlined several legal concerns with the investigation, including the Legislature overstepping its constitutional and legal authority. He said the constitutional separation of powers prohibits the Legislature from conducting law enforcement investigations.

The investigation comes after Wisconsin has completed a series of routine state election audits and a presidential recount in the state’s two largest counties. None of those reviews have uncovered widespread fraud or wrongdoing. There have also been numerous Republican-backed lawsuits in the state, all of which have failed to result in findings of wrongdoing by election officials or voters.

Vos also confirmed Tuesday that the state Assembly will vote before Nov. 11 on Wisconsin’s next set of legislative district maps.

"Our goal is to have maps produced in the very near future," he said.

Vos and GOP leaders have publicly clashed with Gov. Tony Evers over how Wisconsin's next set of district lines will be drawn. If the governor doesn’t sign the maps produced by lawmakers, they would go to the courts.

There are already ongoing state and federal lawsuits over the state’s mapmaking process.