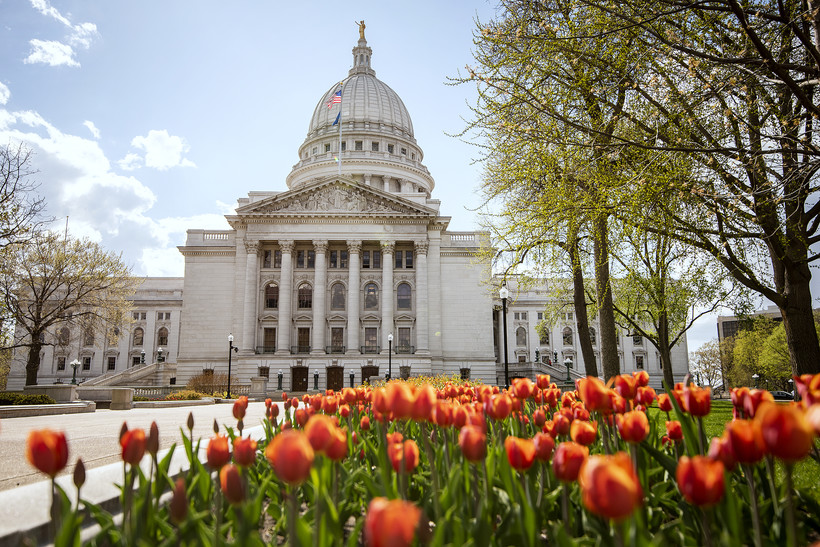 The Republican-controlled state Legislature has asked the U.S. Supreme Court to block a federal lawsuit over Wisconsin's next set of political district maps and leave the redistricting process to state lawmakers, Gov. Tony Evers and possibly the conservative-majority Wisconsin Supreme Court.

Lawyers for the Legislature filed the petition with the nation's highest court on Friday, arguing a federal court has overstepped its power by getting involved in the state's redistricting process. This week, the court set a January trial date for its case about Wisconsin's maps and said the court might not have to rule on the issue if legislators and the governor are able to agree on new maps by March 1.

In the petition, the Legislature's lawyers called the move "an affront to Wisconsin's sovereignty."

"There is no justification for a federal court to exercise jurisdiction beginning-to-end to oversee a State's redistricting process. And there is no logical stopping point. Why not issue a structural injunction and take over Wisconsin redistricting for the next thirty years?" the petition read. "Allowing the federal suits to proceed will have irreversible effects on Wisconsin redistricting and the State's sovereign power to reapportion."

The Legislature has separately asked the state Supreme Court to get involved in redistricting. This week, the court agreed to take a GOP-backed case and step in if compromise isn't reached through the legislative process.

The state case was filed by the conservative Wisconsin Institute for Law and Liberty. It was considered a clear sign Republicans would like the state's highest court, which has a 4-3 conservative majority, to have jurisdiction over mapmaking in Wisconsin.

"Even in this era of politicized decisions from the nation’s highest court, the American people have the right to expect our federal courts to follow the law and not do the parochial bidding of one state’s political party," Chheda said in a prepared statement. "The Supreme Court should reject this partisan nonsense for what it is — an unveiled effort to rig the process in favor of one political party."

The state constitution requires political maps to be redrawn every 10 years, based on new figures from the U.S. Census Bureau. Evers has called on lawmakers to consider maps that will be drawn by a redistricting commission that he created, but Republican leaders haven't said they will do so.

Evers has the power to veto any maps he doesn't like, which could send the maps to the courts. Maps have been drawn by courts a number of times when Wisconsin has had a divided government. Federal courts have handled redistricting conflicts in Wisconsin for the past several decades.