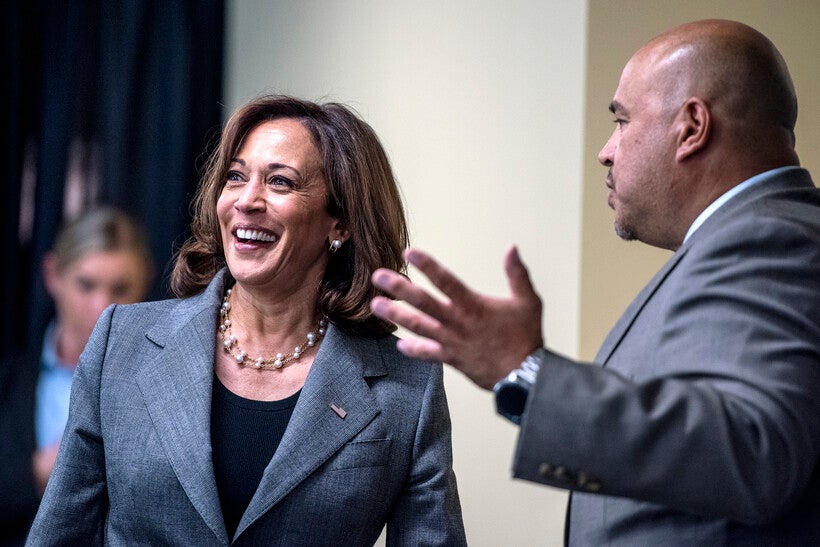 "We all believe that a woman should have the ability to make the decisions about her body and her life, if she chooses, in consultation with her faith leader, with her doctor, with her loved ones — but the government should not be making that decision for her," she said.

"With the limited resources every attorney general has, our friend here has to use his resources to fight a ban that was passed in 1849 before women even had a right to vote," Harris said. "Somebody is trying to push the legitimacy of that law, and he has to fight against it. Josh, our administration has your back."

Harris' visit comes one day after Gov. Tony Evers called for a special session of the state Legislature to promote a plan that would let Wisconsin residents propose citizen ballot initiatives. The change would create a "pathway" to repealing the 1849 ban, Evers said. 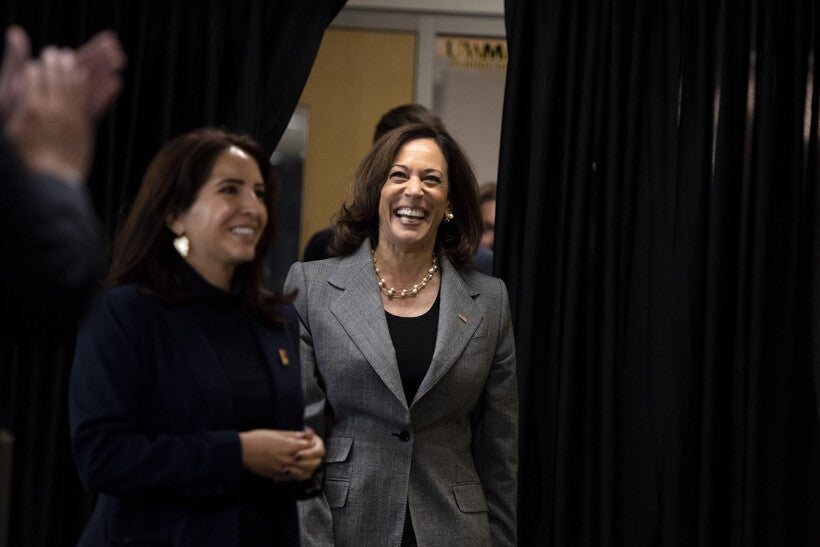 Following her speech at the conference, Harris traveled to the University of Wisconsin-Milwaukee, where she spoke to 13 college students enrolled in a political science course. Harris told the students about the importance of addressing the climate crisis now.

"You guys are going to pay the price for what we do or what we have not done on this," Harris told the students.

"It doesn't matter who you voted for last time or who you vote for next time, if we don't come together on this issue, we're all going to pay the price," she added.

"The fight for protecting immigrant essential workers and their families has been a huge motivation for Latino's to participate in elections and in different struggles here in Wisconsin," Neumann-Ortiz said.

The visit is likely strategic. A New York Times/Siena College poll released Sunday found that while Latino voters still favor Democratic candidates, the party's popularity among Latino voters has waned in the years since the 2020 election.

In Wisconsin, support for former President Donald Trump has also increased among Latino voters in recent years. A poll from Latino Decisions showed Latino support for Trump in 2016 was at 10 percent. In 2020, that figure increased to 22 percent.

"I do think it is good, it is an acknowledgment that Latino's in Wisconsin are an important political force," Neumann-Ortiz said about Harris' visit.

This is Harris' third visit to Milwaukee since becoming vice president. She visited Milwaukee in January to push for lead pipe replacement. She also visited Milwaukee in 2021 to promote President Joe Biden's $2 trillion jobs and infrastructure plan. The visit also comes weeks before the state's closely contested midterm elections — with Wisconsin's U.S. Senate race critical to Democrats' chances of holding a Senate majority. 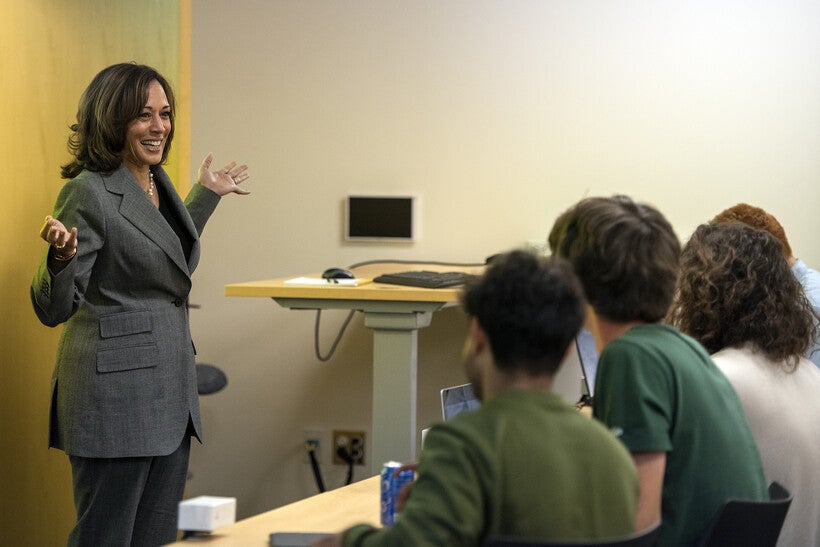 During a press conference before the visit, Republican Party of Wisconsin Chair Paul Farrow and attorney general candidate Eric Toney spoke to the media at the RNC Hispanic Community Center in Milwaukee.

"I’m glad that the Vice President is coming to Wisconsin, I think it’s great when we have them come here to hear about our issues," Farrow said. "I’d rather have her in her job get down to the border and find out what’s going on and how we can solve the border issues because what’s happening at the southern border now is impacting us in Wisconsin."

Just three weeks ago, Biden visited Milwaukee to speak at the city's Laborfest. In his speech at that event, Biden spoke about the importance of labor unions and called out "extreme MAGA Republicans."