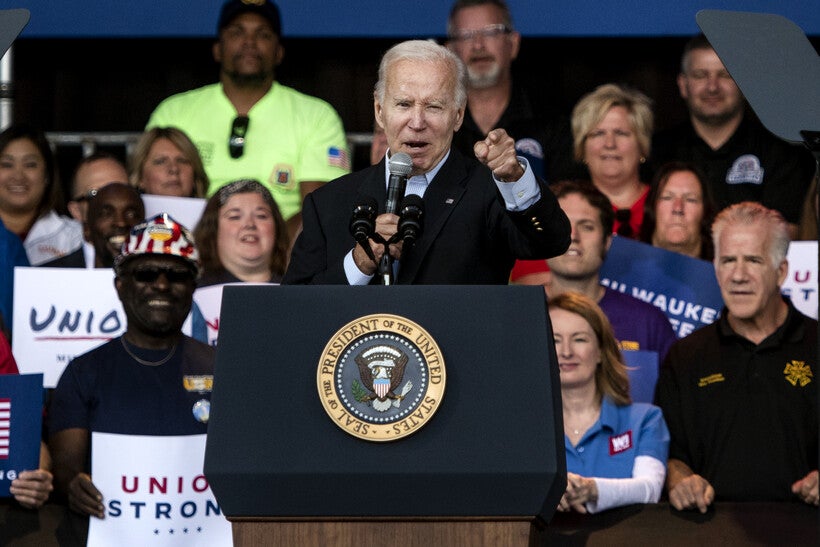 In a visit to Milwaukee Monday, President Joe Biden spoke about the importance of labor unions and called out "extreme MAGA Republicans."

Biden was the first president to visit Milwaukee's Labor Fest since former President Barack Obama spoke at the parade and rally in 2014. It was also Biden's first visit to Wisconsin since he visited Superior in March to tout infrastructure legislation.

For the majority of his remarks at the Labor Day event, Biden discussed labor unions. He pointed to labor union endorsements as a key part of helping him get elected to the United States Senate at the age of 29. 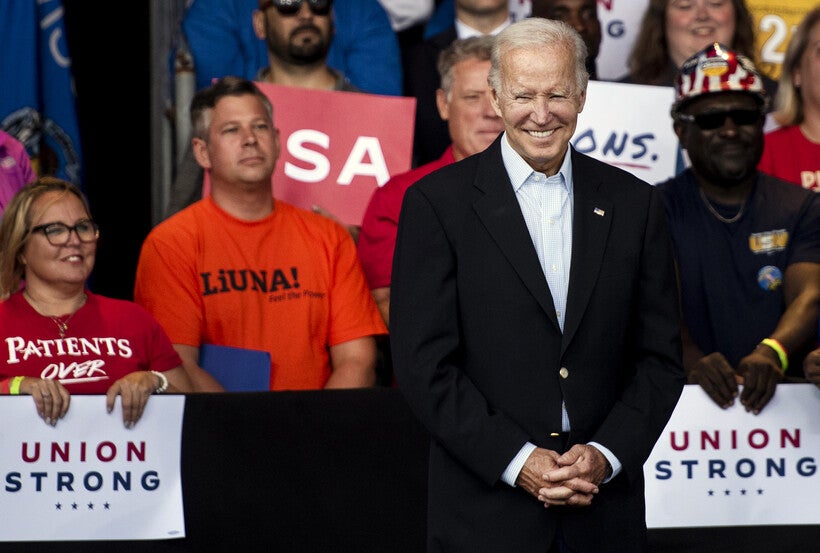 "It wasn't easy to take on big drug companies, but we did," Biden said about the bill Monday.

Democratic Gov. Tony Evers, who is running against Republican construction executive Tim Michels in the gubernatorial race, also made an appearance at the event.

"I am the only candidate for governor who has actually bargained for a public sector union," Evers said. "The only one." 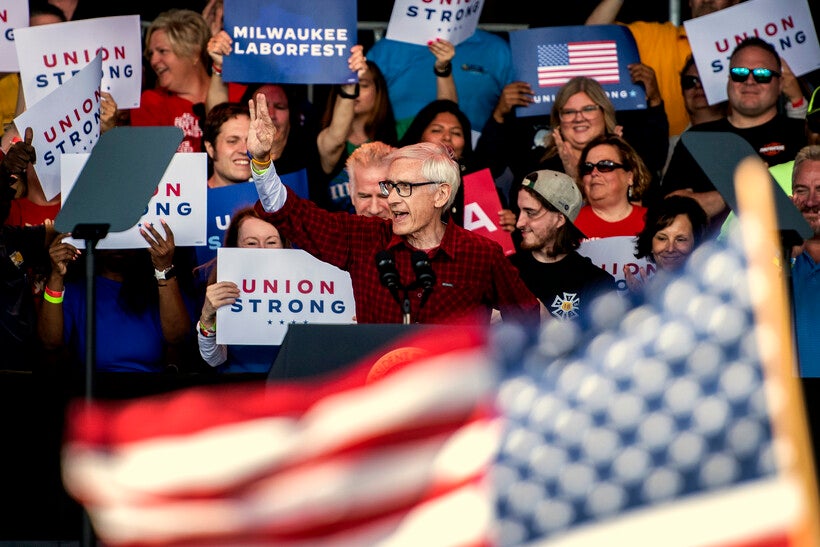 "We have a president who understands the challenges facing families and is willing to work with us to find common-sense solutions," Evers said.

Speaking before the visit during a press conference, Michels called Biden and Evers "two peas in a pod." He also called them "career politicians that are way in over their heads."

"We're going to change that," Michels said. "We are going to get a hardworking governor that's going to do the right thing for the hardworking, law-abiding citizens of Wisconsin."

Absent from the visit was Lt. Gov. Mandela Barnes, who is running against Republican U.S. Sen. Ron Johnson. A spokesperson for Barnes said he was attending Laborfest events throughout Milwaukee, Madison and Racine. Barnes is also set to host an event with members of the UAW Local 578 in Green Bay Tuesday.

Even so, Biden told the crowd Barnes was going to "be your next United States Senator."

The Marquette Law School Poll and other recent polls have found Barnes leading Johnson among likely voters in the November election. In the race for governor, Evers and Michels are essentially tied.

Biden also called out what he called "extreme MAGA Republicans" as well, following his primetime speech last week when he spoke about the extremism of Trump supporters.

"The definition of democracy is you accept the will of the people when the votes are honestly counted," Biden said. "These guys don't do it.  Name me a democracy in the world where a leader argues to engage in violence." 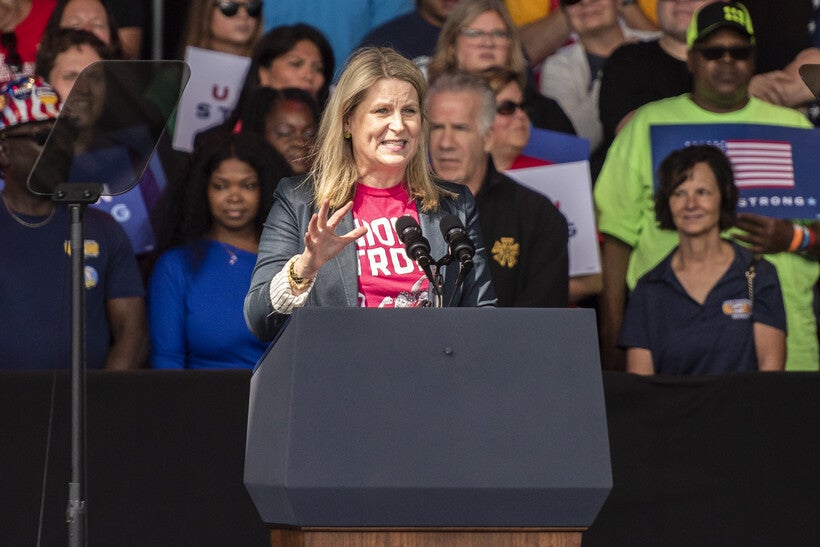 Elizabeth Shuler, president of the AFL-CIO, spoke at the Milwaukee event. The first woman to lead the organization, she represents the 57 unions and 12.5 million members of the AFL-CIO.

"We deliver results," Shuler said. "That's why unions are more popular than ever."

A Gallup poll found that 71 percent of Americans now approve of labor unions. Shuler pointed to Biden as part of the reason for that figure.

"That's because this president is not afraid to say the word 'union,'" Shuler said.

Stephanie Bloomingdale, the President of the Wisconsin AFL-CIO, also released a statement before the visit.

"We look forward to continuing to work with the Biden Administration to uplift working families and build our American middle class with strong unions," Bloomingdale said in the statement.