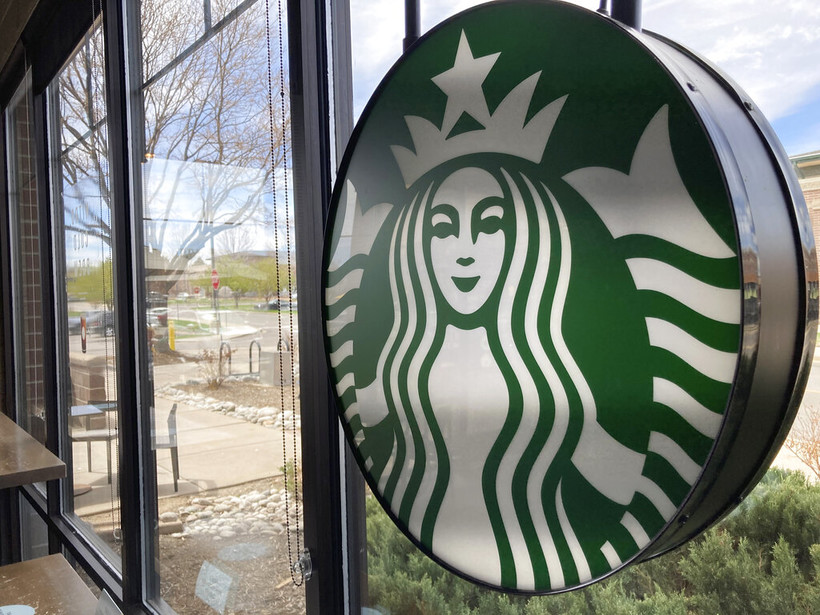 Starbucks workers in Plover and Oak Creek said they had majority support among employees to unionize. It follows the company's first successful unionization drive in Buffalo, N.Y. David Zalubowski/AP

Starbucks workers in 2 Wisconsin cities are pushing for unionization

Employees at two Wisconsin Starbucks are making a push to unionize, and organizers say it could be the beginning of a wave of unionization drives in the state's service industry.

On Monday, 17 employees of a Starbucks in Plover, south of Stevens Point, signed a letter to Starbucks CEO Kevin Johnson calling on the company to recognize the union. They cited "faulty equipment, unpaid training bonuses, poor job training and issues regarding health and safety for partners and guests" and said Starbucks has failed to respond to those issues.

The Plover Starbucks is the second Wisconsin location in less than two weeks to seek union representation. On Feb. 11, Starbucks employees in Oak Creek sent a similar letter to the chain's Seattle-based leadership.

In Plover, two of the organizers said 24 of 32 hourly workers at the store signed union authorization cards. If recognized, they plan to push for the store to allow customers to tip employees by credit card, add seniority pay for employees and remodel the store, which they said would include fixing conditions that are hazardous to worker safety.

One of the workers, Rain Bertotto, said the Starbucks had to be evacuated one night after water leaked through cracked countertops and into an electrical socket.

"There was no cover on the socket," she said. "It actually caused sparks and tons of smoke. I had to evacuate my partners and call 911. ... I'd rather call 911 than risk this exploding or starting on fire."

In a statement, a Starbucks spokesperson said the company's "national and regional leaders are working with humility, deep care and urgency to create the kind of store environment that partners and customers expect of Starbucks."

"We are listening and learning from partners in these stores as we do across the country," the spokesperson said. "From the beginning, we’ve been clear in our belief that we are better together as partners, without a union between us, and that conviction has not changed."

Workers in Buffalo, New York, voted to unionize in December, becoming the first of Starbucks’ nearly 9,000 United States stores to do so. The company had previously fought off unionization drives in New York City and Philadelphia.

"The original organizers for Starbucks Workers United in Buffalo were a huge inspiration for us, especially after seeing them win their union election and then start to bargain their contract with Starbucks," said Plover Starbucks worker and organizer Kolton Gosnell.

The two efforts in Wisconsin may not be the last, Stephanie Bloomingdale, president of the Wisconsin AFL-CIO, said.

"There is definitely a movement afoot for workers at Starbucks to organize a union at their shops," Bloomingdale said. "Many people, including a lot of young people, are seeing unionization as a way to pave a better future for themselves and their families."

If so, it would represent a turnaround from a long-term trend of declining unionization. A new report found that since 2000, Wisconsin has experienced the largest drop in the nation in workforce union membership, from 17.8 percent at the turn of the century to 7.9 percent in 2021.

But Wisconsin companies also consistently report difficulties in hiring enough workers. By the economic law of supply and demand, that means workers may have greater leverage in today's economy than they did during the Great Recession, for example, when Gov. Scott Walker and the Republican Legislature passed laws that made union organizing more difficult for public and private workers.

"Workers in the service industry have more power than they realize," said Mary Celeste Floreani, an organizer with the Chicago and Midwest Regional Joint Board of Workers United. "Service workers are basically holding this country together with tape and string."

Floreani and Bloomingdale declined to say whether they were aware of particular union drives at other Starbucks in Wisconsin. Bertotto and Gosnell both said they believe other stores will follow theirs.

Moves in Plover and Oak Creek are the beginning of "a big wave that is going to sweep the nation," Bertotto said.

"We're a store in central Wisconsin, in a smaller town," Gosnell said. "If we're able to do it, why can't anyone else?"

The legal process of getting a union recognized can move slowly. In August, the National Labor Relations Board recognized the union formed by workers at Milwaukee-based Colectivo Coffee after a monthslong union drive. Colectivo workers are still waiting to bargain with the company’s management, WUWM reported last month.

Gosnell and Bertotto said they expect it to take months to get recognition by the National Labor Relations Board in order to begin the process of negotiating.

Editor's note: This story has been updated to clarify Mary Celeste Floreani's position.