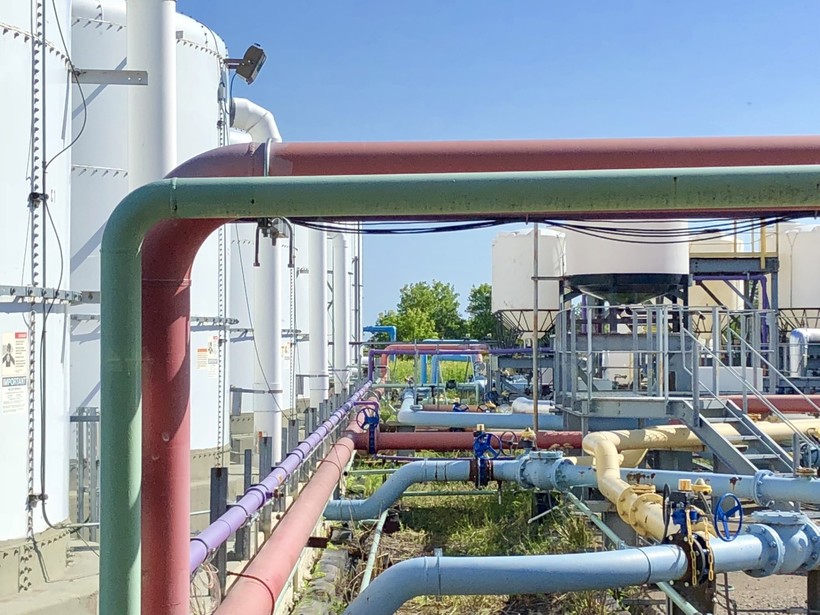 Superior is home to the only land-based freshwater ballast water treatment testing facility on the Great Lakes.
Danielle Kaeding/WPR

U.S. Sen. Tammy Baldwin, D-WI, visited northern Wisconsin this week to tour work that’s being supported through the Great Lakes Restoration Initiative. The Obama-era program was first funded in 2010 to support work to protect and restore the Great Lakes, including research in Superior aimed at reducing the spread of invasive species on the Great Lakes.

Earlier this year, the University of Wisconsin-Superior bought a land-based facility to test ballast water treatment systems that may be installed aboard ships as part of its Great Waters Research Collaborative.

"We’re one of two facilities within the United States that have the capacity to do this and one of a handful in the world," said Matt TenEyck, director of the university’s Lake Superior Research Institute.

The acquisition of the facility has allowed researchers to conduct larger scale tests of developers' treatment technologies, according to researcher Kelsey Prihoda, who manages the collaborative. 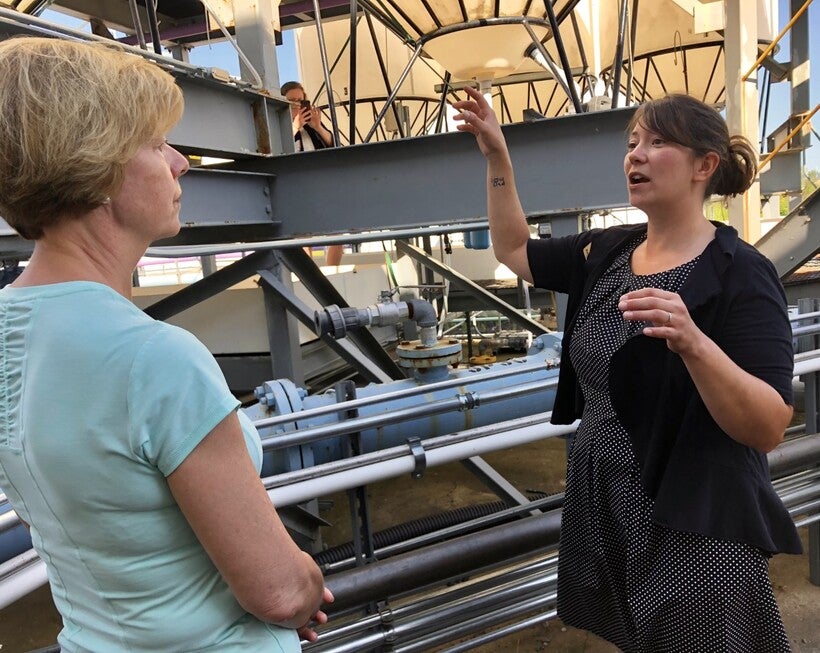 Baldwin said the type of work being conducted at UW-Superior underscores why programs like the Great Lakes Restoration Initiative are so significant.

"The idea that they are testing things that could be aboard ships in the months or years to come actually solving these problems across invasive species — not just one technology for each one, but something that could perhaps work across the whole set of threats across the Great Lakes. That is very, very exciting," said Baldwin.

Baldwin recently introduced a bipartisan bill with U.S. Sens. Debbie Stabenow, D-Michigan, and Rob Portman, R-Ohio, to increase the program’s spending from $300 million to $375 million in 2022 with gradual increases in funding through 2026.

The program has faced threats to its funding in recent years as President Donald Trump has proposed drastically cutting funding. Trump announced at a Michigan rally earlier this year that support for the Great Lakes Restoration Initiative would continue. 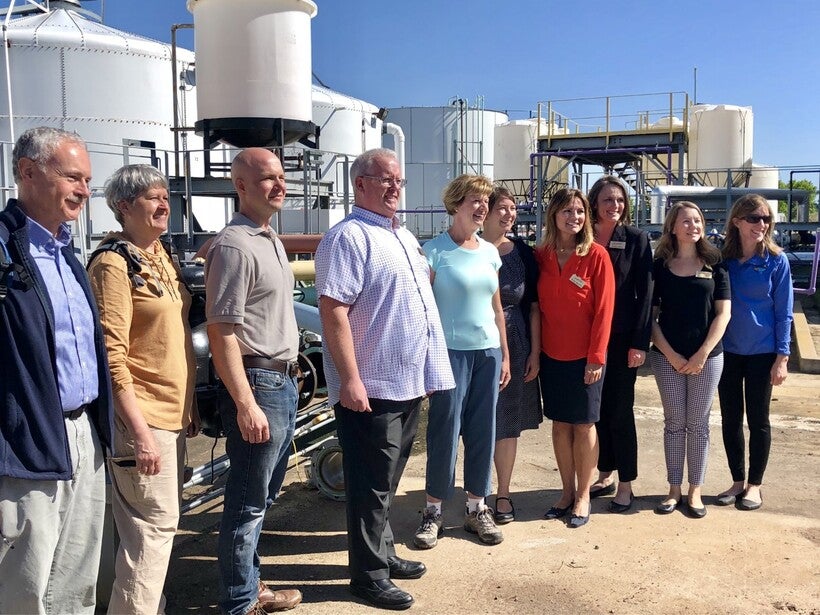 Researcher Prihoda said the university has tested at least 50 treatment technologies in the lab over the last decade. With the land-based facility, they’re able to pump water from the harbor into rotary-drum filters at their testing site on Montreal Pier in Superior. Prihoda said they concentrate organisms from that water to create more challenging water quality conditions to test the effectiveness of treatment systems.

"A lot of what we’re trying to do here is really test those sort of extreme cases that a ship may face when it’s in port, especially on the Great Lakes," she said. "Because so many of our ports are located in river mouths and very productive areas, they’re very difficult to treat, especially compared to a port that you would see in an ocean situation."

"We’re validating them for the Great Lakes, which is really important because the water quality is so different," she said.

The research is of particular value to the Twin Ports — the largest freshwater port on the Great Lakes. Prihoda said the number of vessels that discharge ballast water in order to load cargo put the area at higher risk of an invasion.