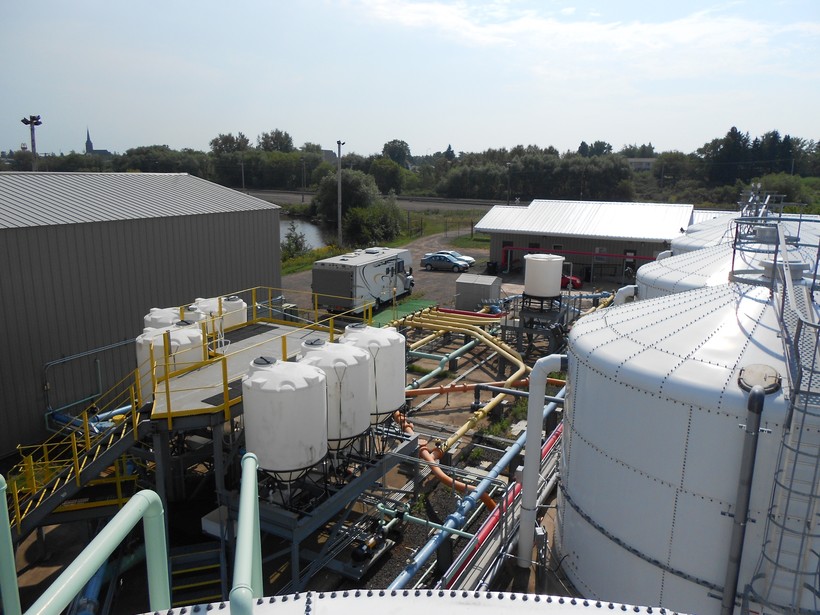 Superior Home To The Only Land-Based Testing Facility In The Great Lakes
By Danielle Kaeding
Share:

The University of Wisconsin-Superior bought a facility from a Washington, D.C.-based nonprofit to conduct large-scale testing of ballast water treatment systems. It’s the only land-based facility on the Great Lakes that tests whether treatment technologies successfully prevent the spread of invasive species through ships’ ballast water.

UW-Superior reached a deal in April with the Northeast-Midwest Institute, a policy and research group that promotes economic and environmental issues across 18 states. The two parties declined to comment on the amount at which the facility was sold.

"The testing that we’ve done on campus is at a bench-scale level, a laboratory-based scale," TenEyck said. "While we work at thousands of liters in the laboratory, it limits us to scale up an analysis of seaway-size of ships."

The land-based facility, which is located on Montreal Pier in Superior, would allow the university to once again take treatment technologies that show promise in the lab and test them by using water from the harbor to see how they perform in Great Lakes water conditions.

"Because we have not had a program at our institute to do ballast water testing, we no longer needed the facility," said Goff. "Therefore, we were looking for another organization that would have an interest in buying it or renting it."

Goff said the complex and specialized scientific research that went into the ballast water treatment program went beyond the institute’s primary focus of policy and education on issues like infrastructure and water quality in the region.

"It was important to our work for a number of years and much more than we wanted to continue doing," he said.

Northeast-Midwest Institute had a cooperative agreement with the Maritime Administration (MARAD) to conduct its ballast water testing program, but when that agreement ended, MARAD approached UW-Superior to operate the testing, TenEyck said.

In 2017, UW-Superior struck up an agreement with MARAD to continue lab tests of treatment systems through its newly created Great Waters Research Collaborative. But, TenEyck said the transfer of the facility took around two years.

Now, the university is reviewing its agreement with MARAD to determine any changes that need to be made moving forward. TenEyck said that will likely include continuing to work with the maritime industry in helping them address environmental issues, such as through the development of ballast treatment systems.

She said they will check out equipment, run water through the facility and validate the system to ensure it can meet Coast Guard regulations for testing.

The Superior City Council recently transferred the lease agreement for the land the facility is located on from the Northeast-Midwest Institute to UW-Superior. Superior Mayor Jim Paine said the facility is vital to protecting the health of the Great Lakes.

"We need to make sure we’re protecting our corner of it as much as we’re protecting the whole Great Lakes area," said Paine. "I want to know that the water coming in from Lake Huron, Lake Erie, the St. Lawrence Seaway — even Lake Michigan — is clean coming into the Duluth/Superior harbor."