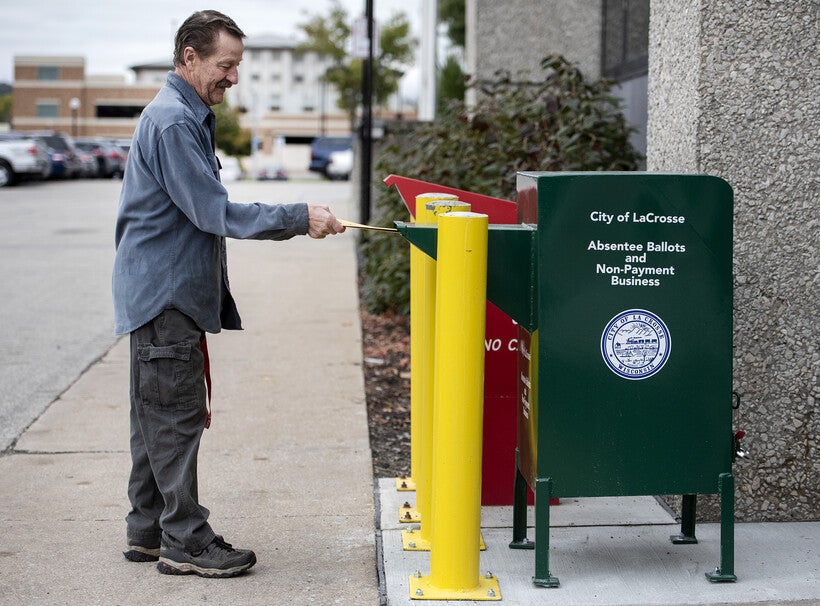 Decision could lead to rejection of tens of thousands of ballots statewide
By Rich Kremer
Share:

A Republican-led legislative committee has rejected a rule that would have required local election officials to fill in missing witness address information on absentee ballot envelopes.

The practice has been used since the 2016 presidential election, but has become a target of Wisconsin Republicans following former President Donald Trump's unfounded claims that the 2020 election was stolen.

In a party-line vote, the Joint Committee for Review of Administrative Rules rejected an emergency rule proposed by the Wisconsin Elections Commission dealing with missing information, like incomplete witness mailing addresses on absentee ballot envelopes, which are considered witness certificates.

The WEC guidance dates back to October 2016, when the commission's Republican and Democratic members unanimously approved a motion requiring clerks to fill in missing details "if the address is reasonably ascertainable from other information on the absentee ballot envelope, or other reliable extrinsic sources that are available." The guidance also stated that clerks were not required to contact voters about such additions.

The WEC recommendations were relied upon in the 2016 presidential election, in which Donald Trump carried Wisconsin on his path to the White House, and every election since.

But after Trump falsely claimed the 2020 presidential election was stolen by way of fraud in swing states like Wisconsin, the WEC guidance became the focus of conservative groups and Republican state lawmakers.

Wisconsin's nonpartisan Legislative Audit Bureau scrutinized the WEC recommendations in its audit of the 2020 election, recommending the Wisconsin Legislature pass a law that would clarify whether municipal clerks could correct errors in witness addresses or add missing address information.

As part of the bureau's election audit last year, it reviewed 14,710 absentee ballot certificates in 29 municipalities and found that 1,022 certificates were missing parts of witness addresses. That's roughly 7 percent of all certificates reviewed.

Republicans introduced a bill in 2021 that would have made it a crime for election officials to count a vote or registration the official knows to be invalid because of missing information. Instead, it would have required clerks to return the ballots to the voter and post a notification on the state's MyVote Wisconsin website.

That bill was vetoed by Democratic Gov. Tony Evers in May. Evers also vetoed a package of GOP election bills in February that included the witness certificate matter and would have added more obstacles for absentee voting.

During Wednesday's Joint Committee for Review of Administrative Rules — or JCRAR — hearing, conservative organizations like the Wisconsin Institute for Law and Liberty and the Foundation for Government Accountability argued state law clearly requires that clerks cannot count absentee ballots missing the address of a witness.

"Emergency rule 2209 is the exact opposite of an implementation statute," said Nass. "It's an order to clerks not to implement the statute that is on the books. WEC cannot do that and the rule should be suspended for that reason."

Campaign finance watchdog group Wisconsin Democracy Campaign accused Republican leaders in the Legislature and on the committee of wanting to "disenfranchise a voter for the pettiest of reasons."

"Let's be clear: The voter has done nothing wrong here," said Matt Rothschild, executive director of the Wisconsin Democracy Campaign. "The voter has filled out the absentee ballot correctly and signed their name to it, attesting to their identity. The only thing at issue is what to do if that voter’s witness has failed to fill out their address form fully on the return envelope."

JCRAR committee member Rep. Gary Hebl, D-Sun Prairie, pushed back against Republican members who said even without the commission guidance, clerks can simply return incomplete ballots back to the voter. Hebl said clerks receiving a ballot with a witness address missing a single digit in a ZIP code within 10 days of an election would only have "one option, to dispose of that ballot."

"The clerk may get lucky and be able to send it out and get a response for that missing zero. But that person, that constituent has lost the ability to vote because of that missing zero. This is absolute absurdity, what we're doing today," said Hebl.

Vos has faced pressure from Trump and Republican activists in Wisconsin who want to overturn the state's 2020 U.S. presidential election. Vos has rejected those calls, saying such a move would be legally impossible.

Editors note: This story was updated to reflect that the Joint Committee for Review of Administrative Rules voted to reject a rule that would have required local election officials to fill in missing witness address information on absentee ballot envelopes.