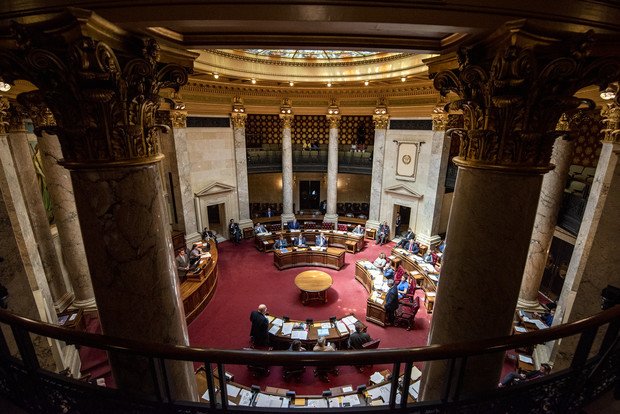 Parents would have guaranteed rights related to how their children are taught in schools under a proposed bill in the Wisconsin Assembly. But opponents argue the parental bill of rights doesn’t offer solutions to problems the state’s schools face.

"When it comes to raising children, parents know what is best," Gundrum said. "As state legislators, we should ensure that parents have a seat at the table when it comes to important decisions related to their children."

The proposed statute would create a number of rights "reserved to the parent of a child without interference from the state or other governmental entity." Those include the rights to:

State Rep. Sondy Pope, D-Mt. Horeb, questioned the logistics of the bill, particularly with regard to the crime provisions.

"Who reports that crime?" Pope said. "How does that get notified to parents? How does this clarify anything? You're creating ambiguity that simply is unmanageable."

Libby Sobic, director of education policy with the conservative law firm Wisconsin Institute for Law & Liberty, said the bill would help create "equal partnerships" that give parents a way to engage with their schools.

"I believe that that will change the dynamic on both sides of that power struggle," Sobic said.

The proposal would allow parents and guardians to sue governments and officials who violate parental rights regarding a child's education. The bill only allows the state to intervene if it can demonstrate there is a narrow "compelling governmental interest."

Scarlett Johnson, who ran as a candidate in the failed Mequon-Thiensville School Board recall in November, spoke at the hearing. She said schools should not be playgrounds for ideological disputes. Yet literature supporting that recall effort claimed that critical race theory was being taught in the area's schools, and groups in favor of the recall opposed mask mandates in schools.

"We have been made to feel utterly powerless," Johnson said. "Too often the school establishment stands against parents like us who sincerely care about our children's education, and their experience as well in school."

In a statement, state Superintendent Jill Underly opposed the bill and other proposals before the education committee.

The League of Women Voters of Wisconsin also registered in opposition to the legislation, arguing in a statement the bill doesn't further the interests of equal educational opportunity for children.

"This bill does little to support or improve education in the state of Wisconsin," the statement reads. "During a time when the needs of children are not being met due to consistent underfunding by the state in spite of the fact that the state has a record budget surplus, we believe the state should be focusing on meeting the needs of our children."

Some aspects of the bill are similar to previous legislation introduced in September. That proposal would require schools notify parents and guardians before providing programs on the subjects of sexual orientation, gender, gender identity or gender expression. That bill received a hearing, but the committee has not voted on it.