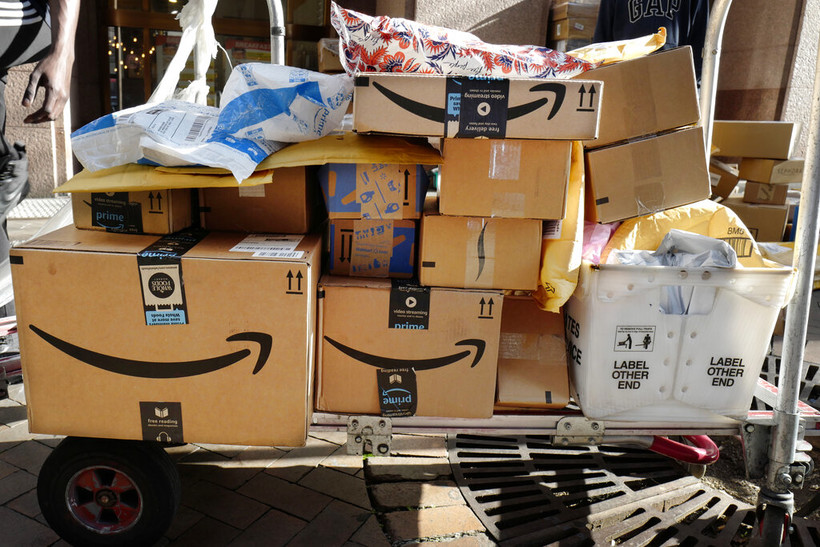 Slow shipping times and sold out items have plagued Amazon since the coronavirus pandemic caused a rush of orders from home-bound people. But the world’s largest online retailer isn’t the only place to shop online. With their doors closed, many physical retailers are expanding curbside pickup, which lets people buy something online and pick it up at the parking lot. Mark Lennihan/AP Photo

The Pandemic Has Made 'Emotional Spending' Easier Than Ever. Here's How To Control It.

With More Time Spent Online And Fewer Places To Be, Impulse Shopping Is On The Rise
By Mary Kate McCoy
Share:

As we approach a full year of social distancing and forgoing some of our favorite and most stimulating activities because of the pandemic, there’s no doubt we’ve all felt bored, stressed or unfulfilled at some point or another.

When we're sad or bored, it makes sense that we turn to anything that might bring us a thrill or moment of joy. And with fewer places to be, online shopping has filled that void for many. Those feelings have contributed to a rise in emotional spending — making purchases on impulse that can lead to guilt for having purchased something you don’t need.

There’s typically two things going on here, says Emily Guy Birken, a money coach and finance writer. The first is a garden-variety boredom, meaning ordering something new is an easy way to stimulate yourself. But then there’s moral (or self) licensing, which can be a deeper issue, she said.

"When you have given something up, you give yourself permission to do something else to make up for what you gave up," Birken said. "For instance, if you've ever had a salad for lunch and then thought, 'OK, I can have a hot fudge sundae after dinner.'"

Considering everything we’ve had to give up in the last year, it’s easy for our brains to tell us that we deserve a pick me up or a treat to make up for everything that has been lost, she said.

But telling yourself you deserve something can be pernicious, Birken said.

"I see the word 'deserve' as being very dangerous," she said. "You are doing that self licensing of like, 'If I'm a good person, I deserve to have these things. But bad people are not deserving of these things.' And that gets into a morality that doesn't need to be brought into this issue."

That all being said, buying stuff for yourself that you don’t technically need isn't inherently bad, Birken said. When done intentionally, it can be fulfilling.

"It can be a really good, mentally healthy way of dealing with this extraordinary situation," she said. "Yet, if you are thinking like, 'I've given up so much, I deserve to have a pick me up,' that starts getting to be something that can be very mentally unhealthy and can lead to disordered financial behavior."

So, how do you tell the difference and have control over your spending when shopping online is so easy and mindless?

Birken pointed to two approaches to try incorporating into your habits. The immediate step is to remove your credit card information from websites you frequently buy from, so you have to manually enter it in every time you make a purchase.

"(Saving credit card information) is not for your convenience," she said. "If you make it so that ... you actually have to get up and find your wallet and bring it over, and if you find yourself going, 'I don't want to do all that,' that tells you, 'I don't really want this purchase.'"

The second, longer term approach is asking yourself what kind of habits-based person you want to be, she said. If you’ve identified a problem, like impulse buying when you want to be saving more than you’re spending, reframe your thinking and decide that you’re going to be the type of person who saves money or waits 24 hours before making a purchase. Making it about identity makes it easier to overcome those impulses.

Birken also encourages taking the time to think about some small things you've done recently that gave you an "outsized level of enjoyment." Maybe you took a long bath, or went for a walk or called a friend — "something small that was outside of the ordinary," she said.

When you get that itch of boredom or sadness and have the urge to check websites that often cause you to spend money, do one of those small things that make you feel good and don’t lead you to spending money.

"It's those little things that give you that outsized level of benefits, based on what you put into it," she said. "Making that intentional choice to do something that feels good that doesn't cost money can start to make it a habit." 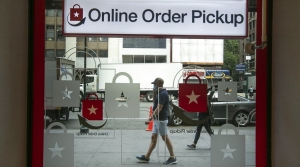 With fewer places to be, less money being spent in restaurants and bars, many people are spending more time online and making quick, often social-media influenced purchases just to have a small joy come in the mail. We talk with a financial expert about how to take an intentional approach to...