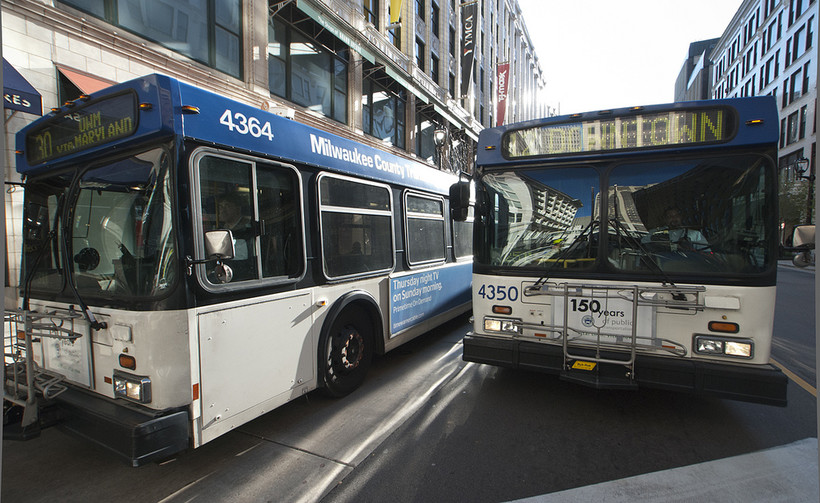 Facing a $6.4 million budget deficit next year, the Milwaukee County Transit System is preparing to reduce bus service by 10 percent in 2020.

Transit officials plan on briefing the Milwaukee County Public Works Committee about the situation on Wednesday.

Even if Gov. Tony Evers' proposal to increase transportation funding by more than $600 million over the next two-year budget cycle is approved — which would provide MCTS $1.6 million next year — the agency will still fall short of filling its budget gap, according to Dan Boehm, MCTS managing director.

"There is no way to solve the crisis we have been in for a long time," Boehm said. "The revenues don’t match the normal inflationary growth of expenses."

In 2019, nearly 3 percent of MCTS’s routes were reduced. The county’s transit system, which helps people get to work and school in a city where 30 percent of residents don’t own a car, has 56 routes a day. Bus routes run seven days a week, 22 hours a day.

Boehm said deciding which routes to cut will be a challenge. Whether the buses will be eliminated based on usage, their proximity to the next closest bus stop, or if park-and-ride routes are cut, will all be weighed, Boehm said.

"If we can save a route in an inner-city neighborhood for a single mom, that is what we will do," he said. "These are the types of issues we weigh and then we make the recommendations to elected officials."

The Wisconsin Policy Forum released a report in 2008 warning that without new funding sources, Milwaukee County Transit would run out of money.

"The governor has proposed a decent-sized boost, but I don't know if that will happen," Henken said. "The problem is the hole is so big that it is very unlikely there will ever be a commitment from the state to completely plug it."

The Wisconsin Policy Forum has reported the single biggest transportation infrastructure challenge facing Milwaukee is the county’s need to maintain a regular replacement cycle for its 412 buses. More than 25 percent of Milwaukee County’s buses are at or above 500,000 miles, which means they have reached the federal government's threshold for replacement funding, the forum found.

"Given the average bus replacement cost of $475,000, this represents a substantial financial challenge for the county," according to the Wisconsin Policy Forum.

MCTS is different from other urban transportation systems because it doesn't have a specific funding source dedicated to it, Henken said. So every year, MCTS is competing for the same limited tax-levy funded resources from Milwaukee County as every other department.

Milwaukee County implemented a $30 vehicle registration fee in 2016, dedicating a major portion of the proceeds to MCTS. The following year, Milwaukee County Executive Chris Abele proposed increasing the fee to $60, which was met with resistance by the County Board.

The increase went to referendum and failed. Increasing the wheel tax could have helped MCTS, Henken said.

"In an ideal world, we would be talking about expanding, rather than contracting services, as we talk about every year," Henken said. "There is no question Milwaukee County Transit is critical to Milwaukee and the region."

In recent years, MCTS has been able to catch a few breaks. The transit system was able to access federal stimulus funds to purchase new buses. And when the KRM rail project was stalled, money was freed up for the system.

Once again, MCTS is looking for a break.

"Without a Hail Mary pass here, it certainly does look like the time for increasing local revenues, or cutting service, that time has arrived," Henken said.

'It Is A Criminal Violation': Wisconsin Law Enforcement Weigh In On Enforcing 'Stay-At-Home' Order
Wisconsin Colleges To Refund Tens Of Millions Of Dollars To Students Due To COVID-19
State Schools Superintendent: Closing Indefinitely Is Uncharted Territory For K-12 Schools
Can Wisconsin Residents Cross State Lines For Work During COVID-19 Pandemic?
Live: What To Know March 31 About COVID-19 In Wisconsin