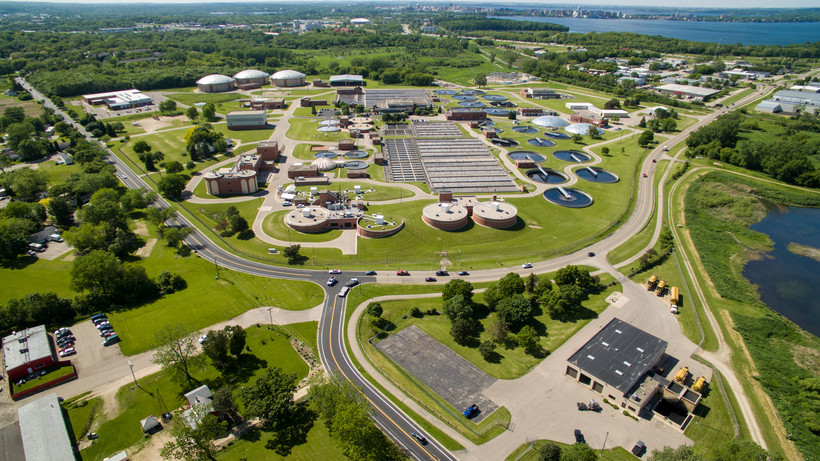 DNR: Majority Of Wastewater Systems Decline To Test For PFAS

Only 2 Of 125 Treatment Plants Submitted Results As Part Of Voluntary Sampling
By Danielle Kaeding
Share:

The DNR sent a letter on July 22 asking 125 wastewater treatment plants to test for contamination from per-and polyfluoroalkyl substances known as PFAS. Research has linked the chemicals to thyroid disease, decreased female fertility and cancer. The chemicals are found in a variety of products including firefighting foam and nonstick cookware.

Only Marinette and Peshtigo submitted PFAS samples, according to Jason Knutson, the agency’s wastewater section chief.

"We continue to encourage people to sample and that won’t change going forward despite this lack of response from many municipalities to this point," said Knutson.

Knutson said the agency wants to work with local governments and treatment plants to identify and eliminate PFAS contamination at the source to prevent costly treatment of the chemicals.

However, Chris Groh, executive director of the Wisconsin Rural Water Association, which represents rural water and wastewater systems across the state, said they recommended their members refrain from testing at this time until the DNR develops surface water standards for the chemicals.

Groh added there were too many unanswered questions as to what costs or liability treatment plants and local governments may face with testing. In an Oct. 18 letter, the association along with the Municipal Environmental Group and League of Wisconsin Municipalities said test results would not provide meaningful information "in the absence of certified labs and surface water standards."

Development of those standards inched forward last week, but it may be several years before they're put in place. Yet the DNR's Knutson said the agency has a high level of confidence in testing methods used by the U.S. Department of Defense for PFAS, noting around a dozen or more labs across the country are currently certified to analyze levels of the chemicals in wastewater.

The DNR has used the State Lab of Hygiene to analyze samples of PFAS in surface water. However, the agency has not yet begun the process of certifying labs for the compounds.

"It is an emerging contaminant. The process for certifying laboratories takes some time," said Knutson. "It’s in the works."

Madison and Milwaukee have indicated they will conduct PFAS sampling in wastewater once labs are certified.

Milwaukee plans to conduct three sampling events at each of its facilities for two of the most widely studied chemicals — PFOS and PFOA, according to an Oct. 10 letter to the DNR.

"We would rather wait until we have the added assurance of using a laboratory that is certified," wrote Kevin Shafer, executive director of the Milwaukee Metropolitan Sewerage District.

Standardized testing is necessary to compare test results and ensure consistency to provide meaningful data, according to Martye Griffin, director of ecosystem services with the Madison Metropolitan Sewerage District.

"If there was no standardization, that means you can’t really monitor or have a monitoring program track over time and have comparable sort of information," said Griffin.

Certification of those labs is expected by the end of this year.

Meanwhile, environmental groups argue that any information is better than none at all.

"By not generating information, they’re leaving everybody in the dark as to the magnitude of the problem and what’s going to be required to resolve the issues," said Eric Uram, chair of the Sierra Club’s National Toxics Team.

The information provided by treatment plants, Uram added, would also help inform whether water coming out of those systems show levels of contamination that would require advisories for fish consumption or wildlife.

Griffin contends Madison is taking a proactive approach with its system. He said the city has hired consultant TRC Environmental to obtain information on how PFAS moves through the city’s treatment plant, as well as how it may be applied on farm fields through treated sewage sludge known as biosolids.

"We’re not going to push away our responsibility because of the fact that we don’t make (PFAS) and they just come to us," said Griffin. "But, we’re in a unique position to help reduce the use and amount of the compounds that are actually put out into the environment."

Griffin said that includes examining how to reduce or prevent pollution at the source by working with industries and commercial businesses to understand if they’re using PFAS or may be unaware of the chemicals in their operation. He said the district’s service area doesn’t contain any known users of PFAS with the potential for high discharges.

Many companies phased out the use of PFAS chemicals more than a decade ago, according to Scott Manley, executive vice president of government relations with Wisconsin Manufacturers and Commerce, the state's largest business group.

The U.S. Environmental Protection Agency did ask eight major companies using the PFAS substances to commit to eliminating chemicals from emissions and products by 2015. The EPA said those companies, including DuPont and 3M, have met those goals.

However, Sierra Club’s Uram said residual contamination may be a factor.

"There are residual amounts that could be coming from industries where they have old holding tanks or other aspects of their facility that have the old chemicals in them that are still flushing through those systems and ending up at the wastewater treatment plants," said Uram, adding substitute chemicals could also pose issues for the environment.

Manley said there could be issues with legacy contamination that need to be addressed.

"But, the idea that businesses are actively today using these products is just not true," he said.

Tyco Fire Products in Marinette has been the subject of scrutiny as the manufacturer of firefighting foam is now in the middle of a multi-million dollar cleanup of PFAS contamination at its training facility. The company has said it’s greatly reduced the chemicals in its products, but high levels of PFAS have been found in private wells, groundwater and wastewater.

Knutson said wastewater results from Peshtigo showed levels of 8.8 parts per trillion while Marinette saw results of 13 to 50 parts per trillion for PFOS or PFOA. He said the agency is working with the treatment plants to reduce sources of contamination so that they’ll be ready to comply with PFAS standards once they’re in place.