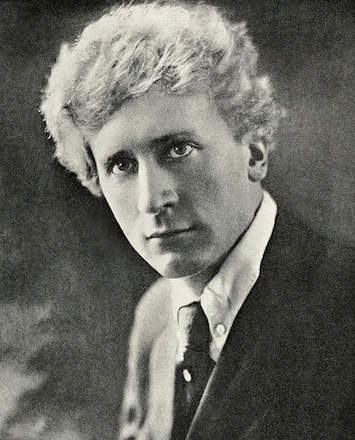 Australian pianist and composer Percy Grainger grew up hearing the piano pieces of Edvard Grieg, and by the time he was in his twenties he had put the Norwegian “in the firmament of my compositional stars.” He had no idea that the admiration was mutual.

A friend of Grieg’s had shown him Grainger’s settings of Irish and Welsh folksongs. Grieg liked them so much that he sent a signed photograph of himself inscribed “To Percy Grainger with thanks for your splendid choruses.”

Two years later, in May 1906, Grieg was in London, where his wife Nina was to give two concerts of his music at Queen’s Hall. The Griegs were the guests of a financier, but the “Miniature Viking” as he was known, was not one to mingle lightly. He spent much of the time sitting in the hall wearing his hat and coat, not saying much of anything to anyone. When his host asked him if there was any musician in London he’d like to meet, Grieg said, “No, thank you, I feel so weak and sick that I just want to get the concerts over with and go home.” Then, as an afterthought, he added, “There is one person I’d like to meet–this young Australian composer Percy Grainger.”

Grainger was invited over for dinner. The twenty-four-year-old and the sixty-three-year-old hit it off right away, partly because Grainger spoke Norwegian. He gave a sparkling performance of Grieg’s Peasant Dances, recent pieces unappreciated in Norway. Grieg invited the young Australian to visit him at his summer villa, Troldhaugen.

On the evening of July 25,1907, Grainger arrived. Grieg had been laid low by asthma, sleeplessness, and hallucinations. Grainger’s presence brought him around. He proposed a grand concert tour for the next year.

Grainger was the last guest at Troldhaugen. Three weeks after his departure, Grieg was on his way to England for the Leeds Festival when he became ill and died.