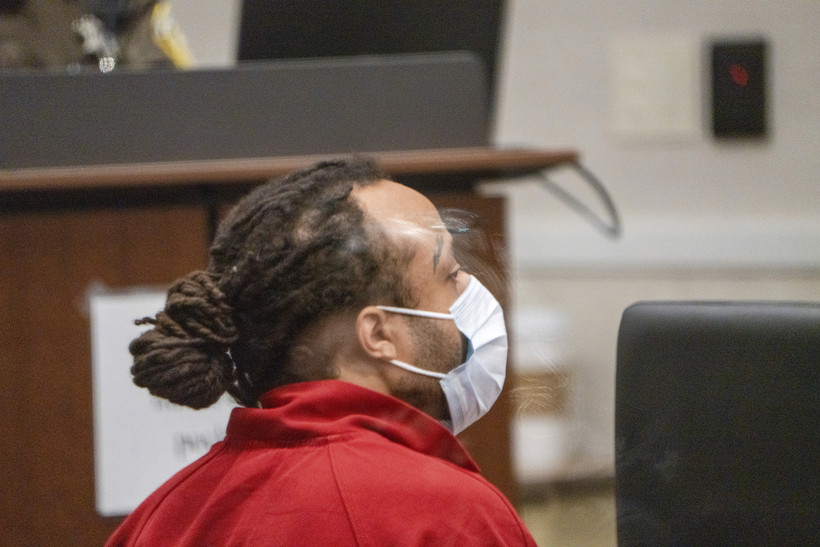 Darrell Brooks Jr. appears in Waukesha County court on Friday, Jan. 14, 2022 in Waukesha, Wis. A judge was set to consider a request Friday to move the trial of a man accused of driving his SUV into a suburban Milwaukee Christmas parade, killing six people and injuring scores more. Attorneys for Darrell Brooks Jr. filed a change-of-venue motion last month asking that the trial either be moved or that jurors be pulled from a different county. Derek Johnson/Waukesha Freeman

The judge in the case of the man accused of killing six people at the Waukesha Christmas Parade said sending out a questionnaire to prospective jurors may help determine whether finding an impartial jury is possible in the suburban Milwaukee community.

The defense team for Darrell Brooks Jr., the Milwaukee man accused of barreling through the popular parade route with his SUV on Nov. 21, had asked to have prospective jurors in the trial brought in from another community or to have the case moved to a different county. They argued publicity around the case would make it impossible to find a local jury that hadn't prejudged the case.

Waukesha County Judge Jennifer R. Dorow held off on a ruling on that motion, but responded positively to a suggestion from prosecutors to send a questionnaire out to prospective jurors in coming months. That questionnaire would be used to gauge whether or not most potential jurors in the county of about 72,000 people have connections to victims or victims' families, had donated to fundraisers in the wake of the tragedy or had other connections that might bias their findings. Dorow called it an "excellent idea" and a "well-thought-out suggestion."

The alleged crime dominated news coverage throughout Wisconsin and even nationally in late November and early December, as information about the alleged crime and profiles of its victims came out.

Police said Brooks intentionally targeted parade participants and onlookers, zigzagging across the parade route for blocks. Including the six people who died, he is alleged to have injured 61 people. Those who died ranged in age from 8 to 81. Hundreds of other parade-goers were traumatized, and thousands in the community had connections to those involved in the popular event.

One of those with a connection to the victims is Dorow.

At Friday's hearing, she disclosed a letter accusing her of bias in the case because of a past professional relationship with a family member of one of the victims. She said she had sent a text to a victim's family member expressing her condolences. But she said her connection with the person was not close, noting the recipient of the text had to ask who she was. She said she would not recuse herself from the case.

"I do not believe the extension of condolences to someone I once knew reflects any bias in this case," Dorow said.

Brooks has pleaded not guilty to 77 charges, including six counts of homicide and multiple counts of reckless endangerment. New felony charges were also filed against him earlier this week.

Brooks' trial is expected to happen in October. The judge and attorneys in the case will discuss the language of the questionnaire at a hearing March 29. He remains jailed on $5 million bail.