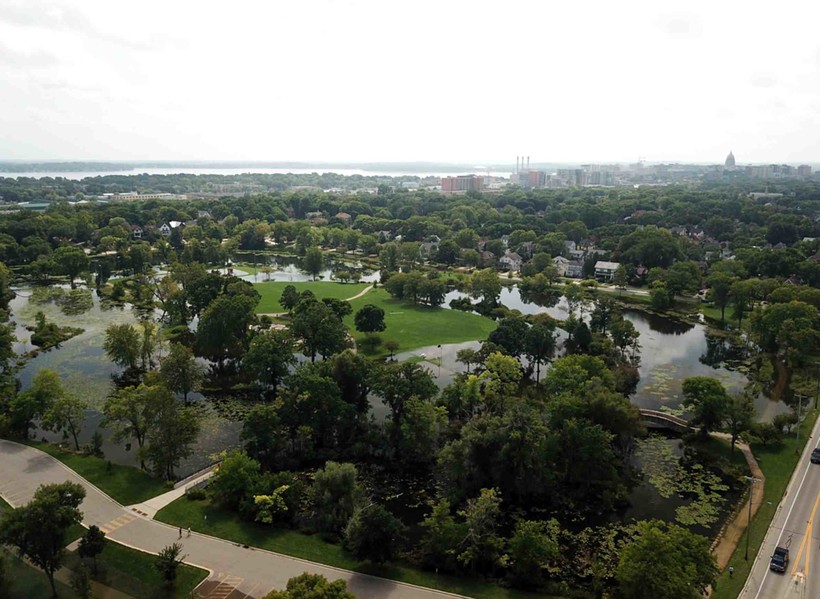 'It's Going To Be Worse': Event Aims To Prepare Local Officials For Floods, Extreme Weather

Floods drive people from their homes and traumatize communities. They’ve caused hundreds of millions of dollars in damage to Wisconsin’s infrastructure, and rising waters can create dangerous conditions that claim lives.

And the effects of climate change mean they’re likely to get worse.

An event Tuesday in Green Bay for local government officials aimed to increase awareness of flood risks and offer practical advice on what officials can do to prevent, mitigate and respond to disasters. The event, called “Fording Flood Waters,” was hosted and organized by Rep. Mike Gallagher, R-Green Bay.

Jeff Last, a meteorologist with the National Weather Service of Green Bay, said Wisconsin communities across the state already feel the effects of climate change.

"What we’ve seen with the warmer climates are more extremes," Last told the group. "There are more heavy precipitation events. More April snowstorms. … There’s no one particular event that we can say is the result of a warming climate, but in sum, there is evidence that it is part of that.”

Green Bay was struck by flooding in March as a result of rainfall and melting snow across the region. And 2019 has been an extraordinarily wet year, Last said. But rainfall isn’t the only thing that can cause flooding. Just this month, heavy winds from the northeast swept over the bay, causing flooding in the area even though there was no heavy rain nearby.

Portions of the event were designed to give officials practical advice on, for example, how to apply for FEMA assistance or track the technical details of flood risk mapping. But speakers also spent time on the human costs to communities that experience flooding.

Falling victim to a flood "is a very traumatic life event for people," said Katie Sommers, state mitigation officer at Wisconsin Emergency Management. "They lose everything. The go into extreme debt or declare bankruptcy after these events. … The recovery process is long, and it's exhausting, and nobody is ever fully whole after a flood like this."

National politicians debate the proper scope of the U.S. response to climate change, from the ambitious Green New Deal policy proposals to outright denial of the issue. Those aren’t policies the attendees at Tuesday’s event, most of whom worked for municipal or county agencies, have direct control over, and the discussion mostly dealt with local effects of severe weather rather than root causes.

But there were several discussions of ways to mitigate local damage, from improving building codes to moving homes and public buildings away from floodplains. Michelle Staff, a floodplain management policy coordinator with the state National Flood Insurance Program, said the onetime downtown of Soldiers Grove, Wisconsin, is today a park. 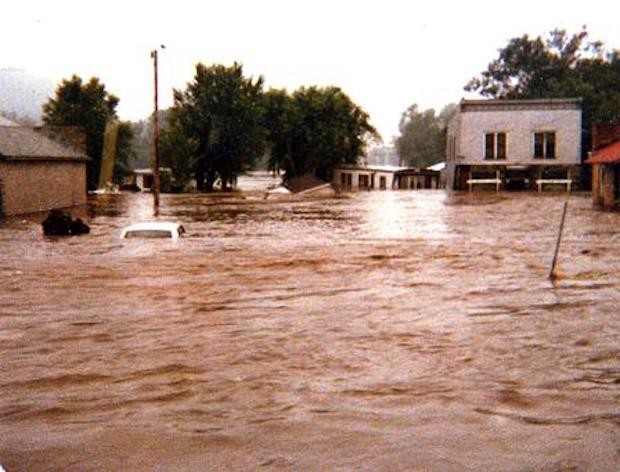 Another mitigation technique: restoring wetlands. Erin O’Brien of the Wisconsin Wetlands Association said wetlands restoration projects help to prevent flooding by, when rivers overflow, giving that water a place to stay. It doesn't have to be a foregone conclusion, she said, that all the water that falls in a major rain must necessarily cause flooding downstream.

"We need to be thinking about upstream solutions to downstream problems," O’Brien said, "because we know the big rains are going to continue to come."

Besides Green Bay, central and southwestern Wisconsin saw major floods in spring 2019. Madison saw severe flooding in 2018 that resulted in one death and hundreds of millions in damages. Northern Wisconsin was struck by storms and flooding in 2016 that killed one and severely damaged infrastructure.

And since 2008, Wisconsin has been the site of four billion-dollar weather events, according to the National Oceanic and Atmospheric Administration, which tracks climate events that cause extraordinary damage. These were the Midwest flooding of 2019, which damaged farmlands in Wisconsin, Iowa, Nebraska and elsewhere; severe hail and high winds that struck northern Wisconsin and Minnesota in June 2017; hail and severe weather in the Midwest in August 2013; and severe storms and tornadoes that struck multiple states in January 2008.

Sommers, who displayed a chart showing a steady climb in frequency for NOAA’s billion-dollar weather events, said the trend is not likely to reverse itself without major changes.