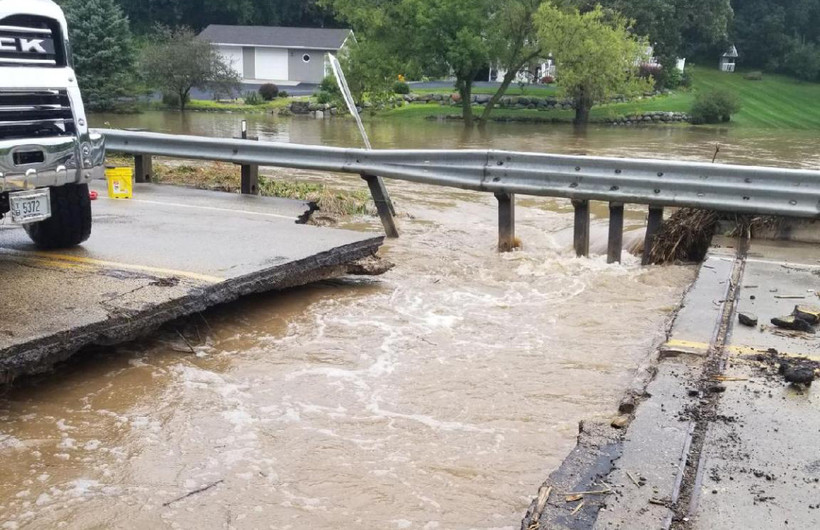 Officials Call For Caution After Flooding In Dane County
By WPR Staff
Share: 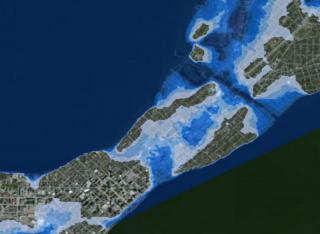 Dane County Executive Joe Parisi has declared a state of emergency and one person has been confirmed dead after a deluge of heavy rain fell Monday evening.

Eleven to 15 inches of rain fell in some areas of western Dane County, according to the National Weather Service, flooding major roads and intersections and knocking out power to thousands of people.

The floods led to dozens of water rescues and continued to cause disruptions to Tuesday morning commutes.

At 10:45 a.m. Tuesday, the Madison Fire Department held a press conference at Greentree-Chapel Hill Park on Madison's west side where they announced they had found the body of a 70-year-old man swept away in the floods Monday.

"We did, at about 10:05 this morning, find the body of that victim," Madison Assistant Fire Chief Clay Christenson said. "We'd been searching pretty much all night for it, and the body did travel quite a distance, but we were successful in finding the body."

At about 9 p.m. Monday at Chapel Hill and Regis roads, firefighters responded to a vehicle with three people inside that was stranded in flood water. Officials said two people made it to safety out of the vehicle, but the man remained missing until his body was found Tuesday. Officials have yet to identify the victim.

Bill Martens of @centraltimewpr shares a video of flooding around 6 p.m. Monday at University Avenue and Branch Street in Middleton. pic.twitter.com/B0jRp7EpM1

Black Earth Fire Chief Mitch Hodson said Tuesday morning that most of the people who took refuge in New Heights Lutheran Church overnight are gone. Some he said won’t be able to get into their homes because of flooding and the washed out bridge.

"Right now the water’s receding pretty fast so we’re actually not in too bad of shape; last night however it was pretty bad," Hodson said.

He said all night they responded to help those who were stranded and urged people not to travel.

As of 10:45 a.m. Tuesday, Dane County Emergency Management said approximately 100 people were being sheltered at the Mazomanie Fire Station.

"About half the village has flood damage and there’s a number of people who are still in their homes. Crews have been getting to them as they can, but the current from the floodwaters have been so strong this morning crews have been unable to even get boats to some of these people," Wescott said Tuesday.

Downtown Mazomanie is devastated by flooding. Search & rescue has ended & no one is unaccounted for, thankfully! @WKOW #wiwx pic.twitter.com/7RTnJ8Wra4

The Village of Cross Plains Fire Department is advising people to avoid Cross Plains and the surrounding areas. According to a media advisory released by the fire department, all roadways into and around the area are closed, including Highway 14, Highway P, Highway KP and Airport Road.

Mineral Point Road between Gammon and Grand Canyon remains closed as the soccer field/detention ponds were unable to contain the water @madisondotcom pic.twitter.com/IewZqwK1dD

While the heaviest of the rains have moved on, the aftermath of the flooding is ongoing.

For people still stranded from the flooding, the American Red Cross and Salvation Army will be opening three shelters in Dane County starting at 4 p.m., a Dane County Emergency Management press release announced. The shelters will be at Glacier Creek Middle School in Cross Plains; Mazomanie Elementary School; and Madison West High School.

At 3:30 p.m. Tuesday, the Dane County Emergency Management released an updated list of road closures including:

Officials are urging drivers not to drive through standing water.

As of 5:30 a.m. Tuesday, about 2,000 customers were still affected, many in Middleton and western Madison. Later in the afternoon, the number of affected Madison Gas and Electric customers was closer to 400.