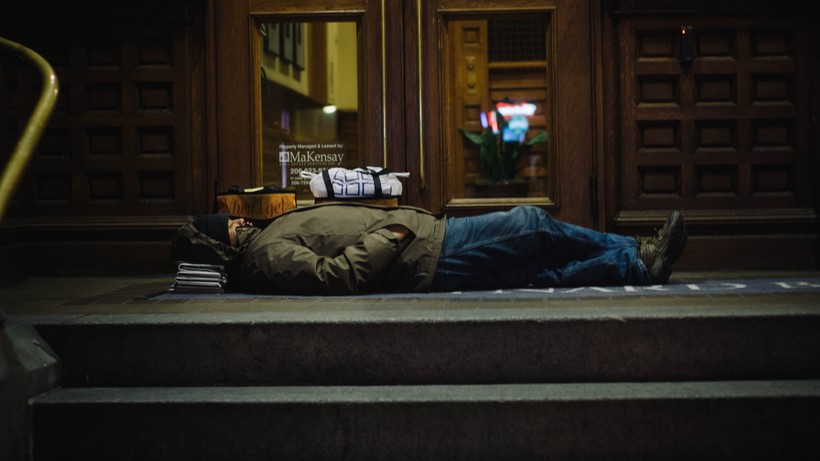 HUD: About 4.5K People Were Homeless In Wisconsin In 2019

The number of people who were homeless on a single night last year declined in Wisconsin while the nation saw an overall increase, according to a report released this week. The findings come as state lawmakers remain at odds over funding to address homelessness.

The U.S. Department of Housing and Urban Development's (HUD) Annual Homeless Assessment Report to Congress found 567,715 people across the country were homeless on a single night in January in 2019, which increased 2.7 percent from 2018.

In Wisconsin in 2019, an estimated 4,538 people were homeless — the vast majority of which reside in shelter — according to the report. The latest count represented a 7.5 percent decrease from those who were homeless in 2018 and a 28 percent decline from 2010.

Joe Volk, executive director for the Wisconsin Coalition Against Homelessness, said he doesn’t put much stock in HUD’s point-in-time count to assess homelessness. He said there are too many variables that could affect numbers, including last year's arctic cold or number of volunteers conducting the count.

HUD has also changed its funding in recent years to prioritize permanent housing. The shift means some individuals are no longer counted who would have been counted homeless in the past, according to Carrie Poser, director of Wisconsin Balance of State Continuum of Care.

"It isn't the only way that we look at who's seeking services or who's waiting for services," she said.

Volk said the count showed the number of people who were unsheltered or sleeping outside across the state, excluding Racine, Milwaukee or Madison counties, dropped from 127 in 2018, to 94 in 2019.

"Obviously, we prefer that no one is sleeping outside, especially in January," Poser said.

Wisconsin was among five state continuums of care in the report with the largest number, 1,457, of people experiencing family homelessness in largely rural areas. However, Wisconsin was among states with the lowest rates of unaccompanied youth living without shelter, citing only 13 unsheltered youth.

Meanwhile, state lawmakers continued to argue over plans to increase state funding for homelessness programs in Thursday’s meeting of the Joint Finance Committee. Democrats took aim at Republicans for not including homelessness funding on the agenda for a vote.

The state budget included around $7 million for homeless prevention and assistance, and Assembly Republicans introduced their own bills that would fund efforts to combat homelessness. The funding efforts support recommendations from the Interagency Council on Homelessness created under former Republican Gov. Scott Walker.

"Where are the dollars for the homelessness initiative? Stuck in this committee," said Rep. Evan Goyke, D-Milwaukee. "Your own proposals. Republicans created the task force, then introduced the bills and now, in this committee, won’t appropriate the funds."

Both Goyke and Volk argued lawmakers are delaying aid for the homeless.

In December, Democratic Gov. Tony Evers called the state’s budget-writing committee into session to sign off on the funds, but Republican lawmakers did not attend. Senate Majority Leader Scott Fitzgerald, R-Juneau, had highlighted reservations among GOP lawmakers about the cost of those prevention measures.

The finance committee’s co-chair Rep. John Nygren, R-Marinette, accused Democrats of politicizing the issue. He said the Department of Administration has more than $3 million in funding to address homelessness that hasn’t been released because the agency hasn’t yet awarded contracts to programs administering services.

"Any new money for homelessness would have to go through the same process so to think those dollars would go out immediately, not true," said Nygren. "Let the legislative process do its job."

Rep. Goyke argued the administration is spending those existing funds to address homelessness. Michael Basford, director of the state's Interagency Council on Homelessness, agreed that contracts have been signed and issued.

"These are very important bills, and they do need to be passed. We do need to really ramp up the investment in homelessness (programs)," said Basford. "Some of these programs that these bills are going to be increasing funding for haven't had increases in funding in decades."

Both Basford and Volk said they remain hopeful that the legislation will be brought up for a vote on the Senate floor next week.