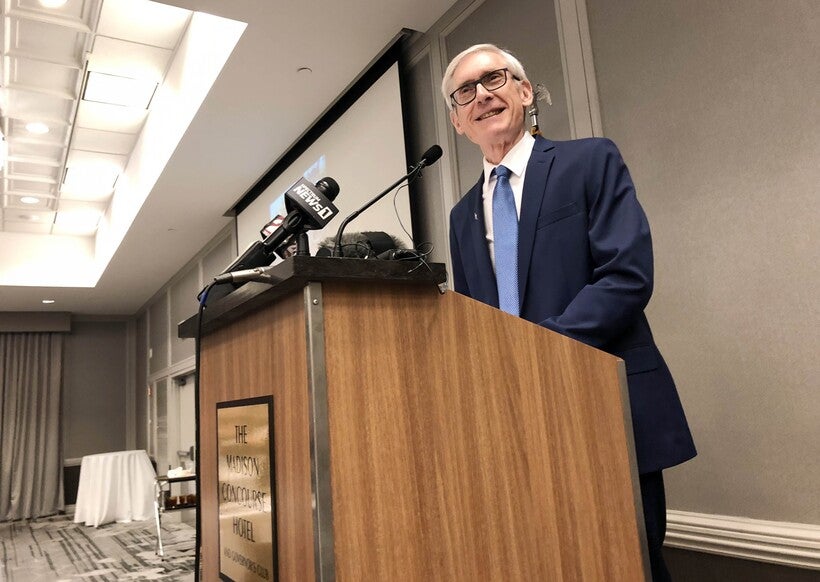 Democratic Gov. Tony Evers is calling on the Legislature’s budget writing committee to meet this week on homeless funding.

In a rarely used move, Evers sent a letter to the Republican co-chairs of the Joint Finance Committee asking them to convene Thursday.

"Winter struck hard and early this year, including early and heavy snowfall for much of the state," Evers wrote. "The Wisconsinites most vulnerable to the harsh winter are going without the services and assistance they desperately need during the coldest months of the year."

The funding proposal was sent to the Joint Finance Committee in July. State law allows the governor to call on the committee to meet.

Republican co-chairs Rep. John Nygren, R-Marinette, and Sen. Alberta Darling, R-River Hills, responded to the governor in a letter of their own.

"A meeting of the Committee can only be noticed with the approval of the Committee's Co-Chairs. A meeting will not be held without the Co-Chair's approval. Such unprecedented action by your administration can only be seen as a disregard for a co-equal branch of government and will have a chilling effect on our ability to work together."

Democratic members of the Joint Finance Committee urged action on the issue.

"We’ve tried to bring this up for votes before and have not been successful," said Sen. Jon Erpenbach, D-West Point, "It’s frustrating because this is something that everybody agrees on."

In a letter to the finance committee's co-chairs, Erpenbach and other Democrats on the committee noted the $3.5 million-per-year request supports the recommendations of the Wisconsin Interagency Council on Homelessness, created under former Republican Gov. Scott Walker and once chaired by former Republican Lt. Gov. Rebecca Kleefisch.

The Interagency Council on Homelessness’s 2019-2020 Statewide Action Plan includes money for housing grants and loans, shelter for homeless grants and other program operations and services.

In February of this year, Republican lawmakers proposed a package of bills to combat homelessness. Assembly Republicans have generally been supportive of the funding, but been rebuffed by Republicans in the Senate.