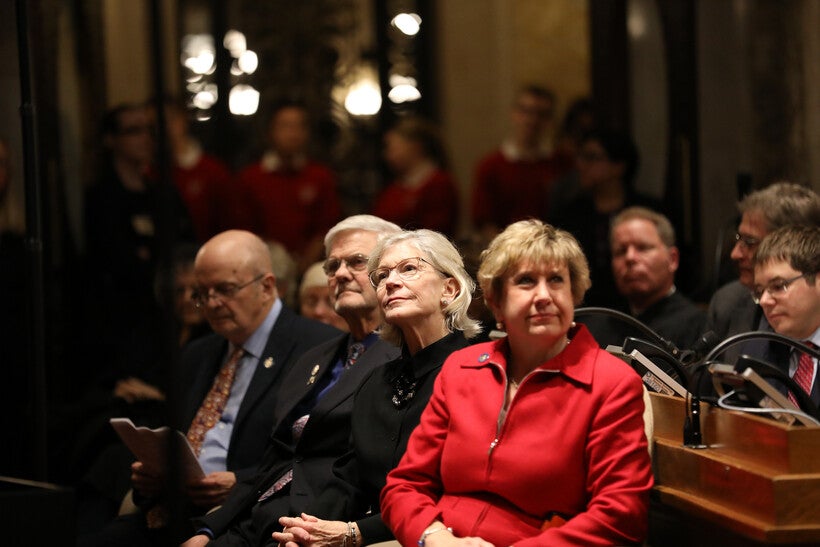 The top Democrat in the state Senate says plans to increase state funding for homelessness programs, a proposal to close the so-called "dark store loophole" and confirming more of Gov. Tony Evers’ Cabinet secretaries are among her party’s top priorities for 2020.

Senate Minority Leader Jennifer Shilling, D-La Crosse, said Democrats are pushing for a vote on a package of bills that includes roughly $7 million for homelessness prevention and services.

Last week, Evers called the Legislature’s state budget committee into session to give final approval for the funds, which were included in the state budget but have also been introduced as standalone bills. Republicans declined to attend the budget committee meeting, citing concerns among GOP Senate lawmakers about moving forward with the spending.

Fitzgerald also noted some GOP senators have raised concerns about the price tags on individual initiatives in the package.

Shilling pointed out the proposal passed the state Assembly with bipartisan support and hoped it could eventually do the same in the Senate.

"It’s been difficult, even on issues where there’s been bipartisan support," Shilling said of the 2019 legislative session.

She noted Senate Democrats attempted to bring the homelessness package up for a vote in November, but were blocked by the GOP majority.

Shilling also said Democrats would like to address the so-called "dark store loophole" in 2020.

Lawmakers have been debating the issue, which centers around how the value of empty stores are factored into property tax bills, for years.

Local governments that rely on property taxes are supporting a bipartisan bill that would end that practice, but business groups are fighting it.

"Communities, local units of government continue to find (current law) expensive," Shilling said, citing the cost of property tax reassessments and some lawsuits that have sprung up around the issue. "It feels like we could find some common ground on that one."

The proposal has a bipartisan list of co-sponsors in the Senate and Assembly, but has yet to be scheduled for a public hearing this session.

Shilling also called on the Senate’s Republican majority to take up more confirmations of Evers’ Cabinet secretaries. Only seven of the governor’s 16 Cabinet members have been confirmed since he took office in January.

"We are behind on the number (of secretaries) that should be confirmed by now," Shilling said. "Really, it’s come to the point where it seems the Cabinet secretaries serve at the pleasure of the Senate Republicans, which is not how it was designed to be."

The Senate voted to fire state Department of Agriculture and Consumer Protection Secretary Brad Pfaff in November. A governor’s Cabinet member hadn’t been fired by the Senate in at least 30 years, according to the Legislature’s nonpartisan research office. Former deputy secretary Randy Romanski is serving as interim secretary of the department. Evers has yet to put forward another nominee for the position.

The remaining eight unconfirmed Cabinet members can still continue in their jobs without confirmation unless the Senate votes to fire them.

Fitzgerald has said some may never be voted on, but has also alluded to the possibility of additional firings.

Lawmakers are expected to return to the Capitol to vote on bills in January and to wrap up the 2020 legislative session by early spring.