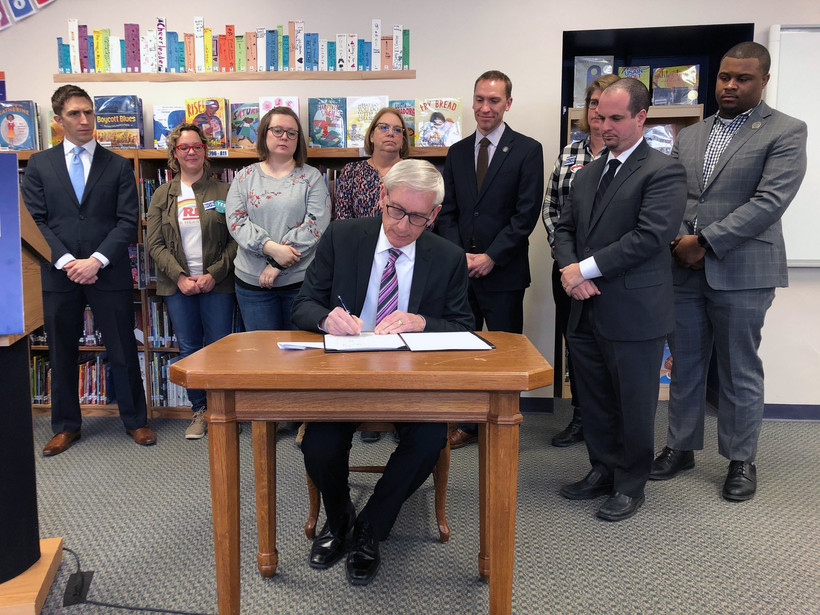 Gov. Tony Evers vetoed these bills. They could be reconsidered if Tim Michels is elected governor

Among more than 100 vetoes, key issues stand out
By Shawn Johnson
Share: 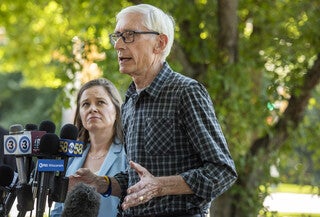 Gov. Tony Evers' 126 vetoes since January 2021 help tell the story of the policy differences between Democrats and Republicans in Wisconsin. Here are some of the highlights.

Few issues highlighted the differences between Evers and Republicans more than their disconnect over voting laws in the wake of the 2020 election. Evers vetoed nearly 20 GOP election bills. They would have:

Some of these issues were repackaged and sent back to the governor again in a catch-all elections bill that would ban private election grants, change the rules for nursing home voting and put limits on how clerks can handle absentee ballots with missing witness address information.

Government's powers during a pandemic

Republicans and Evers also rarely saw eye-to-eye in the past legislative session when it came to how the government should address the COVID-19 pandemic. GOP lawmakers passed several bills that would restrict the power of state and local governments to address COVID-19 or future pandemics. They would have:

Evers also rejected a broad COVID-19 bill that started out as a compromise with Senate Republicans in the early days of the legislative session. Initial drafts of the bill would have extended the requirement that insurance companies cover COVID-19 treatments, prescriptions and vaccines. It also would have extended a waiver of the state's one-week waiting period for applying for unemployment insurance. The compromise fell apart after Assembly Republicans added measures like a ban on vaccine mandates.

Evers and Republicans were worlds apart on around 20 education bills, some of which would make dramatic changes to the way kids are taught in Wisconsin. They would have:

Evers also vetoed a handful of other Republican bills that dealt with similar themes of race in higher education. These would have:

On bill after bill throughout the legislative session, Evers and GOP lawmakers sparred over how to spend billions of dollars of federal COVID-19 funding made available through the American Rescue Plan Act, known as ARPA. Republicans argued the Legislature should have a say in how to spend the funds, but ARPA gave that exclusive authority to the governor.

Republicans passed, and Evers vetoed bills that would have:

In many cases, Evers funded identical priorities on his own as he parceled out billions in federal funds the past two years.

Evers' veto power was significant in the once-a-decade battle over redistricting, the process where legislative and congressional district lines are redrawn to reflect new population data from the U.S. Census.

Evers and the Legislature have been miles apart when it comes to gun policy since he took office. When Evers called a special session to tighten gun laws in 2019, Republicans adjourned it without taking any votes. When Republicans sent bills to Evers' desk to expand gun rights, the governor vetoed them. They would have:

The Republican push to make crime front-and-center in the 2022 campaigns was well underway this past legislative session. Among the plans they sent to Evers that he vetoed were a few that would have:

Prior to the landmark U.S. Supreme Court decision that overturned Roe v. Wade, Republican lawmakers sent a handful of bills to Evers that would have restricted abortion. Evers vetoed all of them.

Evers vetoed several GOP bills that would have restricted the government's safety net in Wisconsin. They would have:

With 126 vetoes, the range of topics where Evers and Republicans did not see eye-to-eye was long.