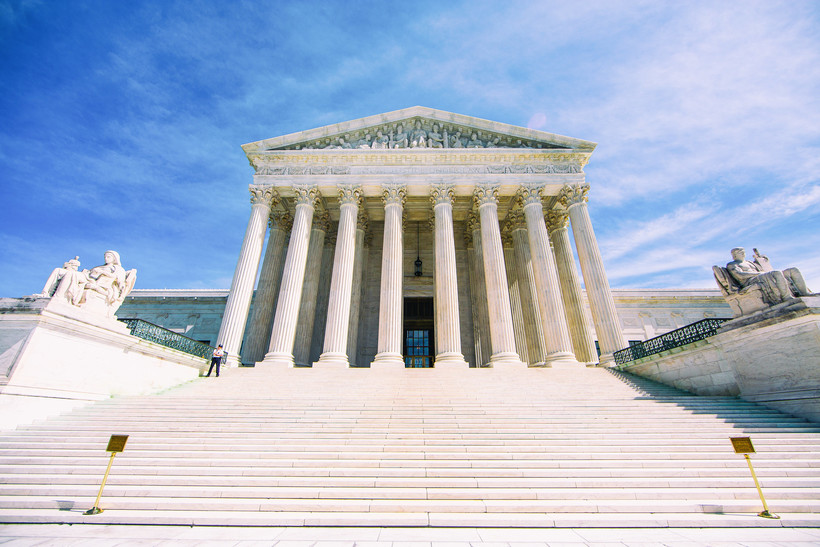 The U.S. Supreme Court has struck down the legislative redistricting plan drawn by Gov. Tony Evers and endorsed earlier this month by the Wisconsin Supreme Court, sending the dispute back to the state Supreme Court to consider all over again.

The ruling put the future of Wisconsin's maps in doubt roughly three weeks before candidates are scheduled to begin circulating nominating petitions to run in the new districts.

The U.S. Supreme Court's 7-2 order denying the legislative maps found that either Evers or the Wisconsin Supreme Court had erred in the way they applied the federal Voting Rights Act to new legislative districts in Milwaukee.

GOP lawmakers and the Wisconsin Institute for Law and Liberty appealed, arguing that the ruling violated the U.S. Constitution's Equal Protection Clause because it drew new districts based solely on race.

In a seven-page order issued Wednesday, the U.S. Supreme Court's majority ruled Evers' legislative map had failed to follow established precedence for whether the Voting Rights Act should apply.

"Apparently embracing just the sort of uncritical majority-minority district maximization that we have expressly rejected," wrote the court's majority.

While the ruling is a win for Republicans, the U.S. Supreme Court stopped short of approving the map drawn by GOP lawmakers and made clear that the Wisconsin Supreme Court could still eventually side with Evers.

"On remand, the court is free to take additional evidence if it prefers to reconsider the Governor’s maps rather than choose from among the other submissions," read the court's order. "Any new analysis, however, must comply with our equal protection jurisprudence."

"In an emergency posture, the Court summarily overturns a Wisconsin Supreme Court decision resolving a conflict over the State’s redistricting, a decision rendered after a 5-month process involving all interested stakeholders," Sotomayor wrote. "Despite the fact that summary reversals are generally reserved for decisions in violation of settled law, the Court today faults the State Supreme Court for its failure to comply with an obligation that, under existing precedent, is hazy at best."

While the majority ruling was unsigned, all judges participated in the case, meaning Justice Stephen Breyer sided with the court's conservatives. Breyer was nominated by former President Bill Clinton.

In a separate, unanimous order, the U.S. Supreme Court left congressional maps drawn by Evers in place, rejecting a request by Republican members of Congress to stay that ruling.

Wednesday's ruling leaves little time for Wisconsin to resolve its redistricting dispute before candidates are scheduled to start running for the new districts.

On April 15, candidates are scheduled to begin circulating nominating petitions to run for office in the new districts. The Wisconsin Elections Commission had previously said it needed new maps in place by March 1 to get the petitions ready. More recently, it told U.S. Supreme Court that it would like a decision one way or another by March 15.

"Any delay in that implementation work beyond March 15 would increase the risk of errors in WisVote and decrease the time available to correct those errors before circulation of nomination papers begins," read a brief from the Elections Commission filed by the Wisconsin Department of Justice.

Democratic Attorney General Josh Kaul, who leads the Wisconsin Department of Justice, told a WisPolitics forum Wednesday that the U.S. Supreme Court's decision to disregard the pending deadlines was shocking.

The U.S. Supreme Court has generally followed what's known as the "Purcell principle" since 2006. Broadly speaking, it discourages courts from making changes prior to an election that could confuse voters or create problems for administering the election.

"There have been several other states whose maps have been challenged, and the court had consistently said that it was too late in the process to require courts, or legislatures to redraw maps," Kaul said. "But apparently, they've reached a different conclusion here in Wisconsin."

In a written statement, Evers said called the U.S. Supreme Court ruling a "remarkable departure" from their own recent actions.

"If we have to go back to the Wisconsin Supreme Court — who have already called our maps 'superior to every other proposal' — to demonstrate again that these maps are better and fairer than the maps we have now, then that’s exactly what we’ll do," Evers said.

Rick Esenberg, the president and general counsel for the Wisconsin Institute for Law and Liberty, said that because population changes had rendered Wisconsin's 2011 districts out-of-date and unconstitutional, the Wisconsin Supreme Court had to choose new maps. Once that decision was made, he argued, people had a right to appeal on substantial federal issues.

Esenberg said the court would ideally finalize maps in the next couple of weeks.

"I think that's going to get done because when the United States Supreme Court tells you to do something, you do it," Esenberg said.

Whatever map the Wisconsin Supreme Court eventually chooses is still likely to favor Republicans, the question is by how much.

Hagedorn joined the rest of the Wisconsin Supreme Court's conservatives in a November ruling that endorsed the idea of a "least changes" approach to redistricting, meaning any new maps would in some way resemble the ones the Legislature passed and former Republican Gov. Scott Walker signed in 2011.

It's possible the state Supreme Court could adjust its guidance following the U.S. Supreme Court's ruling, but time is running short.