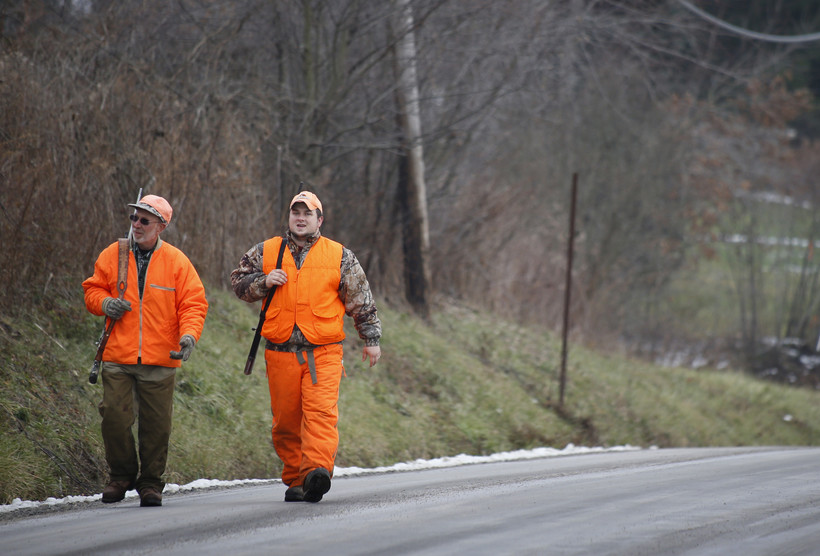 A new report by the Wisconsin Policy Forum says the number of deer hunting licenses sold in Wisconsin has dropped by about 6 percent in the last two decades. Fewer hunters is sparking concerns about funding for the state's conservation efforts.

Data from the Wisconsin Department of Natural Resources shows the state sold 50,414 fewer deer licenses to 824,475 from 1999 to 2017, according to the report. Wisconsin Policy Forum research director Jason Stein said the state largely relies on license sales to fund conservation work.

"Not just for animals that are hunted, but for other animals as well, including endangered species," he said.

The decrease in licenses sales has led to declining revenues for the state's Fish and Wildlife Account. The number of DNR staff paid out of the account dropped by about 21 percent, or 144 positions, from 1999 to 2017, the report found.

The decline in the number of hunters heading into Wisconsin's woods is strongly tied to the aging of the baby boom generation, according to Keith Warnke, who heads up recruitment for the Wisconsin DNR.

"As baby boomers get older and age out of hunting participation, the number of hunters is going to go down a little bit," he said.

A 2011 study by the Applied Population Laboratory at the University of Wisconsin-Madison found the number of men hunting in the state could drop to 400,000 or fewer by 2030. While fewer men are hunting, the state has seen the number of women deer hunters grow by 32 percent since 2000 to 63,466.

Conservation groups say recruitment is part of the solution, but they would like to see state lawmakers and Governor-elect Tony Evers consider raising fees or examining other revenue sources.

"That will partially help the situation, but the demographics are such that there probably will be some need for alternative funding to support public land management in the state," said George Meyer, executive director of the Wisconsin Wildlife Federation.

Wisconsin Conservation Congress Chairman Larry Bonde said groups wrote a letter to lawmakers and the governor-elect this fall requesting an increase in license fees and conservation stamps to generate around $1.7 million.

"It's very targeted," said Bonde. "Every fee increase goes with something that these groups say is very concerning and they would like those dollars spent on those specific items."

Aside from increasing license fees, Bonde said the state could examine a number of options, including an eighth of 1 percent sales tax or establishing license fees for kayaks and canoes. He said the state can no longer rely on federal money from a tax on guns or fishing equipment to fill a roughly $6 million gap each year between money that is budgeted for conservation work and revenues from licenses sales.

"They enjoy the outdoors. They don't hunt, fish or trap and they're looking for ways to contribute," he said. "We just need a lot of legislative support to move something of any kind forward."