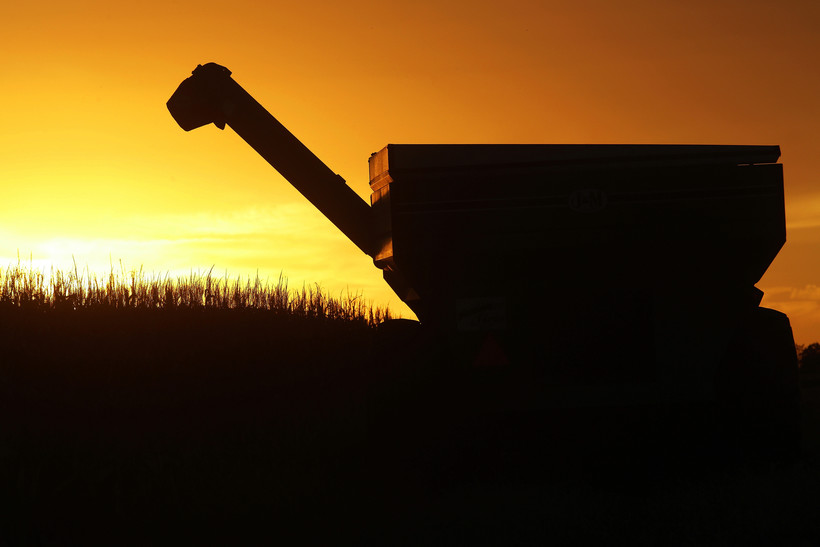 Eligible Wisconsin farmers can now apply for a direct payment from the state Department of Agriculture, Trade and Consumer Protection to help cover pandemic-related costs.

Gov. Tony Evers announced in August that he was allocating another $50 million of federal COVID-19 recovery funds to the Wisconsin Farm Support Program. The Evers administration created the program last year with $50 million in pandemic aid. The state awarded up to $3,500 to farmers who made between $10,000 and $5 million in gross income the previous year.

This year's round of funding is available to the same group of producers even if they received a payment last year. The amount each farmer receives will depend on how many producers apply.

The application period opened on Monday and farmers have until Nov. 29 to apply.

DATCP Secretary Randy Romanski said although the food and agriculture industry is bouncing back from the difficulties of 2020, disruptions in the supply chain are still there but in new places.

"Things like input costs are higher, access to equipment, access to contractors, things of that nature. So that's where the disruption occurs. We do believe there will be a pretty substantial uptake of this funding once it’s available to farmers," Romanski said.

The program originally required producers to make at least $35,000 in gross income from farming to be eligible. But officials lowered the minimum to $10,000 and extended the application period after not seeing enough interest in the program.

Romanski said officials with the state Department of Revenue, who is distributing the funding, are hoping to increase farmer awareness about the available funding by sending letters to every producer who qualifies. He said the letters will contain an ID number to make the online application process go faster. Those without internet access can get help applying by calling the DOR hotline at 608-266-2772.

Paul Mitchell, director of the Renk Agribusiness Institute, guesses lack of awareness about the program is likely why more farmers didn't apply in 2020. This is because most farm support programs are offered at the federal level.

"Farmers that do (apply for support programs) usually go down to the Farm Service Agency office in the county," Mitchell said. "So I think a state office doing it is confusing. And then there's a lot of farmers, maybe more than a third who don't get any FSA money, the federal money, and so they might be completely out of the loop on this."

Mitchell said congestion at ports has caused some fertilizers to hit record high prices and a shortage of farm machinery parts is hitting the industry much like auto manufacturers.

"If a certain part breaks, it's sometimes very difficult to get a replacement. They're scouring machinery junkyards or making new parts themselves, finding a way to maybe weld something or a workaround to keep it going," Mitchell said.

He said many farmers had a good growing season this year and commodity prices have improved since the early shock of the pandemic, but the funds are likely still needed by some struggling producers.

"Individual families might have been badly impacted by COVID. Obviously, people have died. Obviously, people have gotten sick. Some people haven't recovered," Mitchell said. "There might be this beautiful market going on out there, but they might not be able to participate because they're busy dealing with real-life issues. So, that's why there is some need for this kind of program."

The Farm Support Program isn't the only pandemic-related aid being offered to the food industry by the state. DATCP also recently opened the application period for a new Meat Processor Infrastructure Grant program, designed to help meat processors in the state expand capacity or product output at their operations. The competitive grant program is open to any meat processor in the state, regardless of size or whether they're state or federally inspected.

Mitchell said many meat processors have been calling for more state support since the pandemic caused shutdowns at major meat packing plants and smaller processors found themselves flooded with new demand from farmers and consumers.

"A lot of times, the lenders weren't as open to providing (meat processors) loans. It was kind of a chicken and egg problem, 'I can't give you a loan until you demonstrate you've got the income.' And you can't get the income until you have the capacity," Mitchell said. "A lot of people in the industry were looking for that kind of help to solidify their financing."

The grant program was created in the state budget, but was only allocated $200,000 each year of the two-year budget by the GOP-led Legislature. Evers originally proposed $2 million annually.

Mitchell said while every dollar can be helpful to a processor, the total amount available is small compared to the cost of expanding a processing facility.

"These are really expensive, typically capacity-building projects. So they're into the hundreds of thousands, sometimes millions of dollars, even on a smaller operation," Romanski said.

But he said any expansion producers can make has a positive ripple effect across the industry.

"We've talked to some smaller operations that may only process and no longer harvest animals. And what they're saying is if someone else who does slaughter can increase their capacity, that then helps sometimes feed other businesses," Romanski said. "So, the important thing is to increase that capacity. We want to be able to keep pace."

Meat processors have until Jan. 14 to apply for the grant program.

"In general, these COVID-related programs are phasing down because of the high (commodity) prices. And they're going to be wanting more support for things like getting the supply chain going, those issues at the ports," Mitchell said.