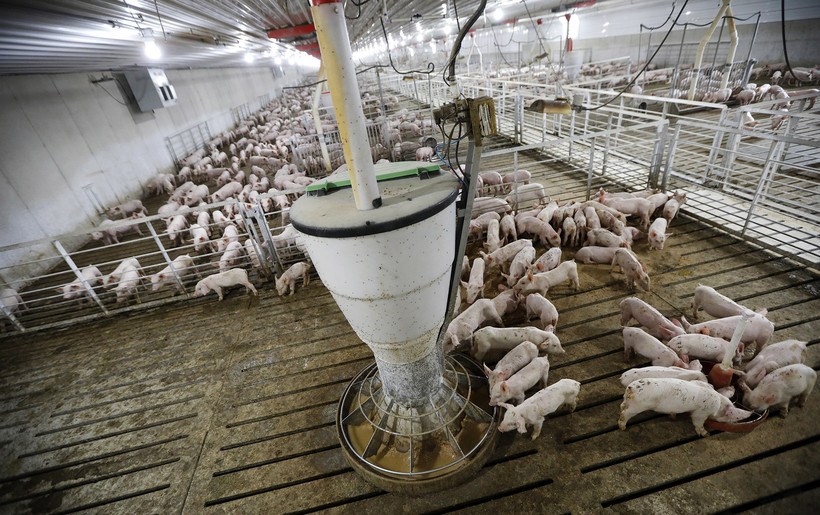 A group of Crawford County residents is asking the Wisconsin Department of Natural Resources to take the rare step of expanding their environmental review of a proposed concentrated animal feeding operation, or CAFO.

The farm already operates a CAFO in Crawford County and has applied for a permit from the DNR for a new facility.

The letter also includes a petitioned signed by more than 200 county residents asking for a full environmental impact statement (EIS) to be prepared as part of the state's review of Roth's permit application.

"This operation would be by far the largest in the county," Forest Jahnke, program coordinator of the Crawford Stewardship Project. "If taken in combination with the current facility — and they’re only about four miles away as the crow flies — this would be the largest hog CAFO in the state of Wisconsin on arguably one of the most ecologically and water-sensitive areas of the state."

"Through that process, (the DNR) explicitly recognized that the existing regulatory framework and best management practices does not protect groundwater in karst geology," Jahnke said.

As the DNR works to identify other sensitive areas where manure restrictions are needed, Jahnke said he believes a more thorough review of CAFO proposals like the one from Roth Feeder Pig is needed.

Tyler Dix, CAFO permit coordinator for the DNR, said his department is reviewing the letter and will be looking into the environmental groups’ concerns.

Dix said it's rare for the DNR to perform a full environmental review for a CAFO permit.

"Since 2014, I can only recall an EIS being required for two operations," Dix said. "It's really a case-by-case basis and depending on certain triggers that happen during the whole application review process, we determine if an EIS is required, it's not just a decision by the CAFO program itself, but we communicate with all of our other programs that are involved with the project."

He said neither of the CAFOs that had an EIS prepared chose to move forward with their permit.

Dix said the DNR will likely make a decision about an EIS for Roth’s permit in the coming weeks. He said it'll take an additional two to three weeks for the department to draft a permit or decide to deny the application. If the permit is drafted, the public has 30 days to comment on it and can request a public hearing.

Given all of those steps, Dix said it will likely be four or five months before a permit would be finalized.

Jahnke said his group knows it's "far from assured" that the DNR will complete the EIS. But he said he's more hopeful for action given Gov. Tony Evers' focus on drinking water since taking office.

"Under this new administration, which has put out a lot of great rhetoric about protecting clean drinking water and returning science-based decision-making to the Department of Natural Resources, we are hoping that that rhetoric comes through in the form of actions like granting full Environmental Impact Statements for cases like this," Jahnke said.

Jahnke said Crawford County's moratorium on new and expanding CAFOs is set to expire at the end of this month. He said the county board has so far ignored requests by several townships to extend the moratorium or consider changes to the county's CAFO regulations.

"I live on the farm, I have a two-year-old who drinks the water. So the last thing I’d ever want is to contaminate any well, especially ones on the farm. So I have no problem with them sending (the letter) in," Roth said. "It's up to the DNR whether they think it's needed or not."

"The pork industry is in chaos right now. There are farmers going out of business, large farms, small farms, it's not good. It's gotten better here this fall, prices are up so that helps. But anything could happen," Roth said.