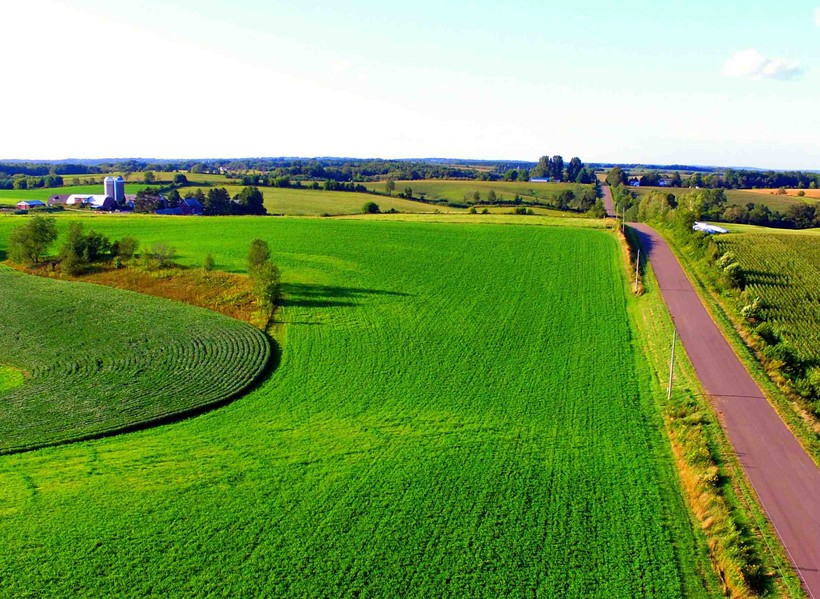 While Wisconsin is known as "America's Dairyland," this nickname wouldn't have accurately depicted the state during its first 50 years. In fact, the early history of Wisconsin agriculture is dominated by other crops – most notably, wheat – that preceded the contemporary dairy industry.

In order to better understand the story of Wisconsin's agriculture, it's also important to look at the history of the state itself. Author Jerry Apps, a onetime University of Wisconsin-Extension agricultural agent and UW-Madison professor emeritus, discussed the roots of agriculture in the state in an Oct. 23, 2015 presentation at the Wisconsin Book Festival. Apps' presentation, recorded for Wisconsin Public Television's "University Place," was based on his 2015 book, "Wisconsin Agriculture: A History," explored Wisconsin's agricultural history as influenced through factors like climate, geography and settlement patterns.

Dating back to the last glaciation some 10,000 years ago, which left behind a landscape of lakes, rivers and rich soil, Wisconsin has been a fertile location for many types of agriculture. The Native American peoples who first settled the region utilized the land for this purpose, growing crops like maize, beans and squash.

In the early and mid-1800s, immigrants began to settle and begin farming in the state. First came "Yankees" from New England and upstate New York, followed by Germans and Norwegians, and in turn, Belgians, Irish, Poles and Scots. The focus of farmers in the state’s early decades was on growing wheat. In 1860, Wisconsin was the second largest state for wheat production in the United States. By 1870, however, wheat cultivation began to fail, compelling farmers to turn to other crops like hops, tobacco, potatoes and hemp.

A main reason the dairy industry didn't take off until the late 1800s was because it was considered "women's work," while growing wheat and other field crops was thought more appropriate for men. Women were expected to milk and feed cows, as well as make butter and cheese. That assumption changed in the 1880s when William Dempster Hoard, founder of the national Hoard's Dairyman magazine and the state's governor from 1889-1891, encouraged men to rethink their focus, calling "king wheat" a dying industry and "queen cow" an up-and-coming opportunity. Largely due to Hoard's encouragement, entrepreneurs began building cheese factories around the state because the its road system was not suitable to transport milk to major markets.

Several inventions were particularly important in the development of Wisconsin's dairy industry. The tower silo, for example, allowed for airtight storage of cattle feed, or silage, in the winter. Initially, farmers were unaccepting of the idea, but now Wisconsin is one of the predominant silage producing states. Babcock butterfat testers, which separate fat from milk and measure it, was also an early and vital invention in the state. Prior to their invention and widespread use, farmers oftentimes added water to their milk.