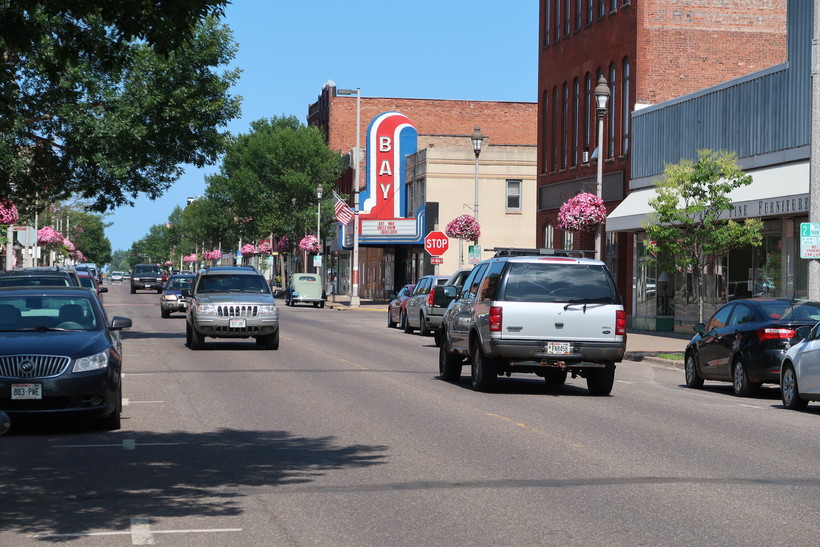 The city of Ashland, pictured here in August 2018, is one of several cities in northern Wisconsin seeking to band together to attract developers to meet housing needs in the region. Danielle Kaeding/WPR

Some communities in rural Wisconsin are joining forces to try to meet the need for affordable housing. They're looking to band together to drum up enough business to draw in developers.

Dave Armstrong, executive director with the Barron County Economic Development Corp., said the county sees about half its youth move away when they graduate from area high schools. As a result, Armstrong said the county, like other areas of the state, is experiencing a shortage of workers. The region would like to attract employees to meet the need, but Armstrong said there's not enough housing.

"Being an older, smaller county, all of our homes are aging," Armstrong said. "Individuals are aging in place longer than they used to because the health care is better now. But that doesn’t mean that they’re necessarily keeping up the home if they're aging in place longer. So, we had to look at what’s our housing stock right now, what are we anticipating the need for future housing and what type of housing is it."

As a result, the county and six communities that include Rice Lake, Cameron and Barron are conducting their own studies to determine the need for low- to moderate-income housing. Armstrong said they hope to use that information and state tax credits to lure in developers that would otherwise build large projects in bigger cities.

"If we can come up with 200, 300, 400 units spread throughout the county, now there’s the economies of scale to get the developers involved," he said.

Armstrong noted developers often see a better return on investment in urban areas where rent is typically higher, whereas they might experience a loss in rural areas.

"If they got the same basic costs for building the building and ... 30, 35 percent less rent here, that’s going to stop (them) from coming in," he said. "That’s why we need the (Wisconsin Housing and Economic Development Authority) tax credits to help build the buildings here."

The cities of Ashland, Washburn and Bayfield are looking to do a study for similar reasons, said Kellie Pederson, community development educator with Bayfield County, University of Wisconsin-Extension.

"In a rural community, no one needs 70 or 80 or 120 units in one spot, and really tax credits are competitive, so a development has to be of a certain size to be competitive," she said. "That process doesn’t work well in rural communities unless we all work together across multiple jurisdictions to create a need that is of big enough size to qualify for those tax credits."

"In Bayfield in particular, our homes are more valuable as rental properties during the tourist season or second homes for people who are retiring," Ringberg said. "That drives up the property values and young families are not able to move into the city."

Ringberg said those workers end up commuting from Ashland or Washburn. In Ashland, Mayor Deb Lewis said the city is also looking to provide workers with affordable, quality places to call home.

"It’s a critical economic development issue," Lewis said. "We can’t attract businesses here if there’s no place for workers to live. People are not going to want to move here if they can’t find a decent house or property to live in.”

Ashland, Washburn and Bayfield are planning to apply for grant money in the next year to fund a housing study that may demonstrate a business case for developers.

The cities also see a need for senior housing to meet the needs of its aging populations.

"There’s no need for them to make money by going elsewhere," Petak said. "They are in Madison or Milwaukee or La Crosse or Green Bay, not in the rural areas."

Petak said the agency has been encouraging communities to collaborate on what's called "scattered" developments that span multiple sites.

"Instead of developing 24, 32 or 48 units in a particular neighborhood, for them to band together … to put together a multi-site development so it’s one development, one financing package that could possibly attract a developer because combined the communities could have a need for let’s say 120 units," he said.