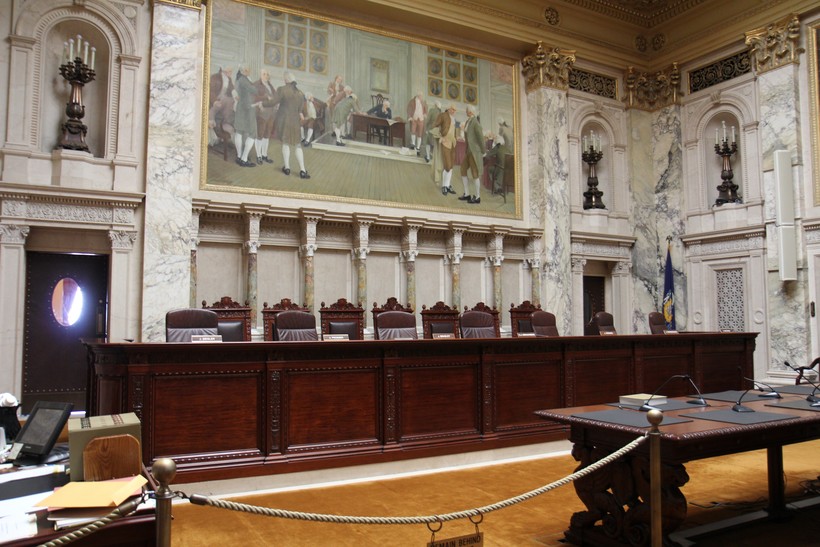 The Wisconsin governor’s power to partially change state spending plans with his veto pen would be rolled back under two legal challenges heard Monday by the state Supreme Court.

The court met in a virtual session to hear arguments in the cases.

The legal challenges, brought by conservative and small business advocacy groups, would bar the governor from doing specific things with his veto pen. If filers in the first case prevail, the governor would be prohibited from using his power to change language in a law so much that it no longer does what lawmakers intended it to do. The second case challenges the governor's ability to change when laws go into effect or expire.

The governor of Wisconsin has one of the most powerful veto authorities in the country, with the ability to delete words, numbers and punctuation from bills that spend money. For bills that don’t involve spending, the governor can only sign or veto the measure in its entirety. 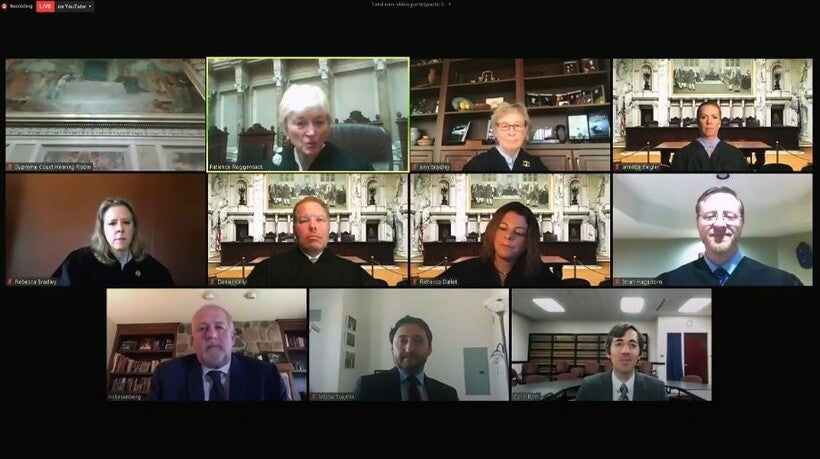 The Wisconsin Supreme Court met in a virtual session on April 20, 2020, to hear arguments in several cases, including two related to the governor's veto power. Image courtesy WisconsinEye

The legal challenges in the two cases were spurred by state budget vetoes issued by Gov. Tony Evers in 2019 and former Gov. Scott Walker in 2017.

The vetoes have been deemed by opponents as the "magician’s veto" and "thousand-year veto," respectively.

While the cases would affect implementation of the specific vetoes they mention, they could also have wide-ranging effects on future action by governors related to Wisconsin’s two-year state budget.

The court, which has a current 5-2 conservative majority, could issue rulings in the cases at any time.

Liberal Justice-elect Jill Karofsky — whose recent election shifts the court's ideological split to 4-3 — will not join the court until August, so she will not be involved in either case.

The conservative Wisconsin Institute for Law and Liberty (WILL) filed the "magician’s veto" case last summer.

The lawsuit contends Evers used his veto pen to create new laws in the 2019-21 state budget, rather than simply altering language passed by the Legislature.

The organization challenged four of the governor's vetoes in particular, including one that led to a $75 million grant program for local road projects.

The other challenged vetoes changed vehicle registration fees for heavy trucks, altered a definition of "vapor products" and eliminated a grant program for school buses, which Evers replaced with grants for electric vehicle charging stations.

During Monday’s arguments, Rick Esenberg, president and general counsel of WILL, said the vetoes create a sort of gamesmanship between the governor and Legislature.

"This process, which approximates a game of Scrabble, in which the Legislature attempts to block creative editing and the governor tries to evade those blocks is not mandated by the constitutional text, is not supported by its context or purpose, and is not rooted in its history," he said.

Conservative Justice Rebecca Bradley indicated she may rule the vetoes did indeed go too far.

"When did the people of Wisconsin give power to the governor to create law that was never considered or approved by the Legislature?" she asked during the proceedings.

Assistant Attorney General Colin Roth, arguing on behalf of the governor, pointed out the Legislature still has broad authority over state spending, despite the governor’s veto powers.

Roth argued the balance of power is preserved because the Legislature can override a governor’s veto, as long as it can muster two-thirds support in both chambers, and that the governor’s partial veto authority is already limited, as it can only be applied to spending bills.

"(Vetoing) is a power only in the context of being presented with a budget bill from the Legislature — obviously the governor cannot pass a bill on his own," Roth said. "But once he receives that bill, then he gets to use the tools that the constitution has given him."

The challenge argues two vetoes issued by former Gov. Scott Walker in 2017 violated a 1990 constitutional amendment that bars Wisconsin governors from deleting letters from words to create new ones, a practice called the "Vanna White veto."

Kendall Harrison, lawyer for the business group, said the court should step in and end that practice.

"We think the court should be setting the boundaries between the branches exactly where the people of this state wanted them to be set in 1990 with that amendment," he said.

Harrison also echoed Esenberg’s arguments in the earlier case that likened clashes between governors and lawmakers over vetoes to sport.

"If this court doesn’t act right now, the gamesmanship between the legislative and executive branches will continue," Harrison said.

Roth, again arguing on behalf of the executive branch, said the 1990 amendment shouldn’t apply to these vetoes.

"I don’t see any way to read a reference to letters and words to apply to digits and numbers," he said.

However, Chief Justice Patience Roggensack seemed skeptical of that argument.

"I think there is a parallel," she said.

In 2008, another constitutional amendment stripped the governor’s power to delete words to create new sentences, which was called the "Frankenstein veto."

In order for a constitutional amendment to go into effect, it must pass two consecutive sessions of the state Legislature and then be approved by a statewide voter referendum.