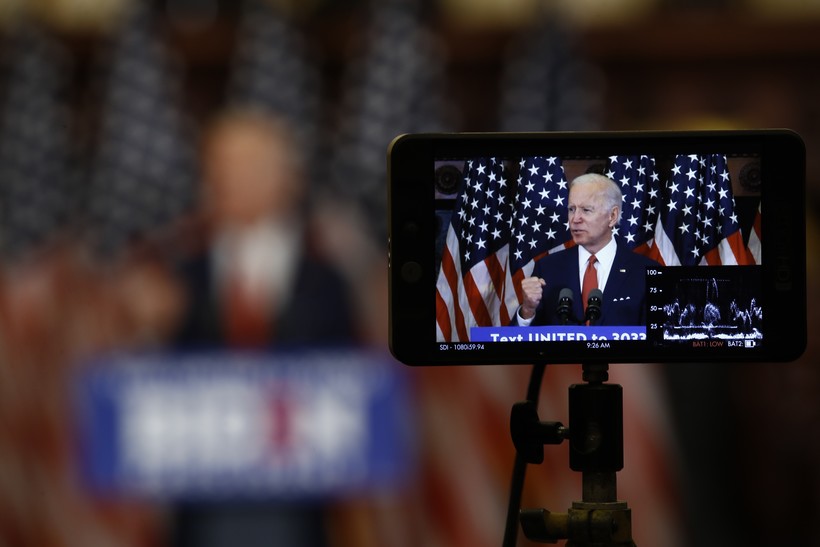 With the Democratic National Convention set to kick off and a presidential visit scheduled, Wisconsin is stepping into the national political limelight this week — but certainly not in the way many expected it would in 2020.

Presumptive Democratic presidential nominee Joe Biden won’t be there in person for the Democratic National Convention, which begins Monday in Milwaukee. Because of the COVID-19 pandemic, the convention has transitioned from an event expected to bring about 50,000 visitors, to one with mostly virtual events and speeches streamed from other parts of the country. Event organizers have also asked a significantly scaled back number of convention attendees to pledge they won’t visit downtown Milwaukee bars and restaurants during their visit, a move aimed at preventing more community spread of the virus.

Convention speakers will include Biden and his running mate, U.S. Sen. Kamala Harris, who will both deliver remarks from Biden’s home state of Delaware. A number of other prominent Democratic Party figures, like former presidents Barack Obama and Bill Clinton, U.S. Rep. Alexandria Ocasio-Cortez, and U.S. Sen. Bernie Sanders, will also speak from locations other than Milwaukee.

Barry Burden, director of the Elections Research Center at University of Wisconsin-Madison, said the mostly virtual convention could still succeed in energizing Democratic voters — a major goal of the quadrennial event.

"The production quality will actually be better than it would be with a live event," Burden said. "There are going to be some really slick videos put together from around the country and assembled together to maximize, I think, the enjoyability of viewing."

Gov. Tony Evers confirmed last week he will give his convention speech, scheduled for Wednesday evening, in person at the Wisconsin Center in downtown Milwaukee. The only audience members will be members of the media, Evers said.

As Democrats gather to begin the convention, President Donald Trump is scheduled to speak at an in-person campaign event on Monday in Oshkosh. According to the president’s press office, his speech will focus on "Joe Biden’s failures on jobs and the economy."

Burden said it’s unusual for a president to hold an event at the same time as the opposing party’s convention.

"Typically, the presidential nominee will sit quiet during the convention and let (the other party) have their time," Burden saiid. "But it's not in Trump’s DNA to let the other party have the show for several days. He really relishes the rallies he did four years ago and wants to reinvent the magic that put him in office in 2016."

Vice President Mike Pence is also scheduled to make a Wisconsin stop this week. Pence has made several appearances across the state in recent months, including events in Madison in April, Waukesha in June and Ripon last month.

Meanwhile, much like their virtual convention, Democrats have opted for online events in Wisconsin instead of in-person speeches or rallies. Biden spoke at virtual events targeting La Crosse and Milwaukee-area voters in May.

Burden believes the different approaches to campaigning will continue through the fall.

"It really illustrates the difference between the two parties and how they’re thinking about the pandemic," he said. "For the moment, it doesn’t look like there’s going to be an opening where Biden and Harris and other Democrats decide to get out on the road."

According to the latest Marquette University Law School poll, Biden leads Trump by 5 points among likely voters. That is within the poll’s margin of error.