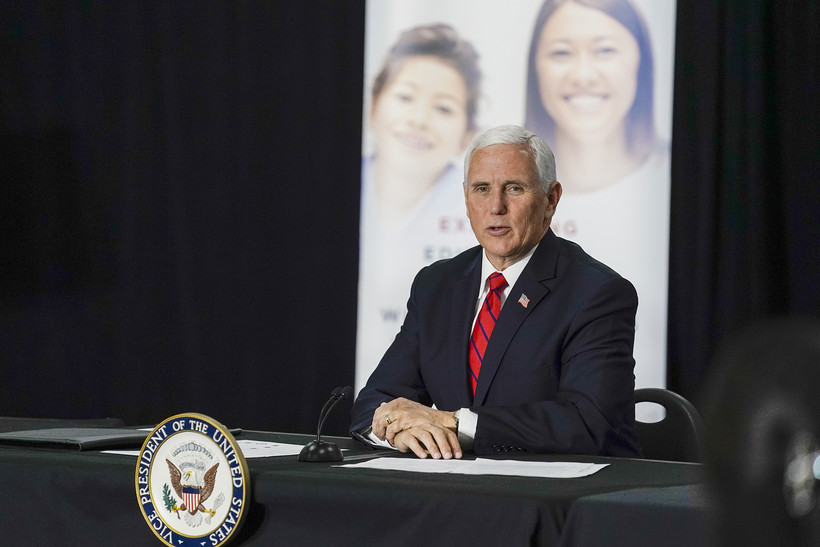 President Donald Trump's re-election campaign is focusing on Wisconsin this week with visits from both Vice President Mike Pence and Trump himself.

Pence made multiple stops in the Milwaukee suburbs Tuesday, including a stop at the Waukesha STEM Academy with U.S. Department of Education Secretary Betsy DeVos. Both touted school choice during a roundtable discussion there, with Pence calling for the passing of a $5 billion federal tax credit program to pay for scholarships to private and religious schools.

After the roundtable, Pence kicked off his faith-centered tour called "Faith in America" in Pewaukee. Former Republican Gov. Scott Walker was set to join Pence for that event.

"There's no excuse to what happened to George Floyd, but there's also no excuse for the rioting and looting and violence that ensued in cities across America," he said.

Trump drew outrage last month after tweeting "When the looting starts, the shooting starts," a phrase with a racist history.

Pence touted Trump's accomplishments, especially focusing on the economy, the appointment of hundreds of judges and anti-abortion policies. He urged attendees to get out the vote for Trump in November.

"I need you to bring all this same enthusiasm — keep voicing your support, keep talking to your neighbors and your friends every day," he said. "We've got about four months and two weeks to get this thing done, in Wisconsin and all across the country."

Several dozen protesters amassed outside The Ingleside Hotel in Pewaukee ahead of Pence's visit. They chanted "No Trump, no KKK, no fascist USA," as well as support for Black lives, trans lives and the public school system.

Sabrina Benson, the head of Waukesha's Communities Ending Racism Now, attended the event to speak out against racism in suburban schools, and having police in schools.

"The schools have been weaponizing police against our children. We have to get the police away from our kids, period," she said.

She said she was encouraged by Milwaukee's recent move to terminate its contract keeping police officers in schools, and hopes the suburbs will follow. 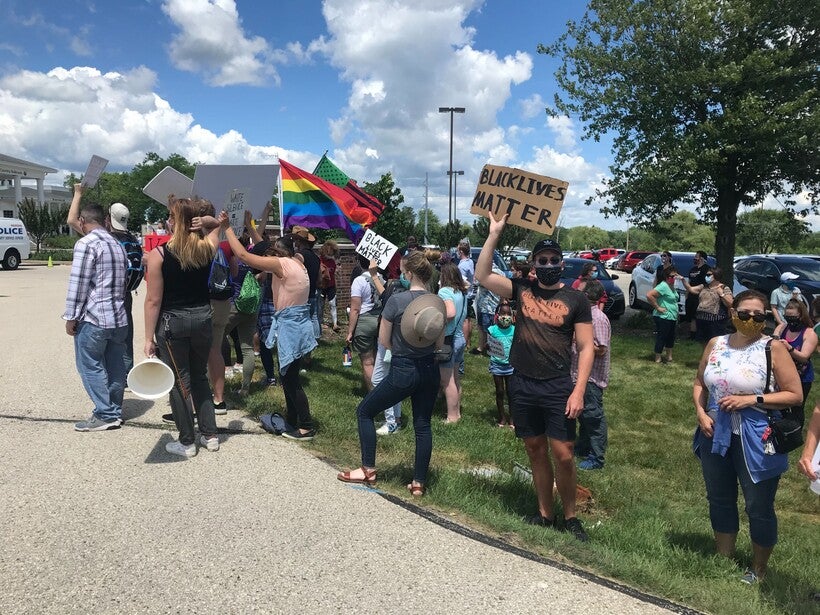 Jessica Katzenmeyer, an openly transgender candidate for the state assembly running to represent West Allis and New Berlin, was also at the protests. She said she was troubled by the administration's recent move to roll back health care protections for transgender patients.

"The Trump-Pence administration are constantly attacking the rights of LGBTQ Americans, every single day," she said. "It's really disturbing to me, what's been going on with this administration — we're all human at the end of the day, it doesn't matter how we express our gender identity, our sexual orientation, we should be treated as equal."

The dual visits in one week speak to Wisconsin’s importance in the presidential race.