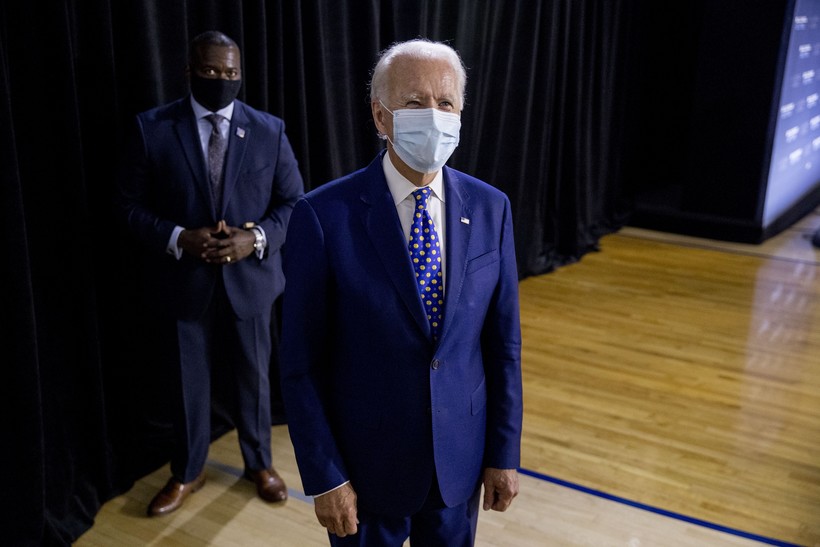 In another blow to an event that once promised to put Milwaukee in the national spotlight, Joe Biden has canceled plans to accept the Democratic nomination for president in person at the party's national convention, due to concerns about the coronavirus.

Other speakers who had been planning to come to Milwaukee also won't travel to the city, according to the Democratic National Convention Committee.

"From the very beginning of this pandemic, we put the health and safety of the American people first. We followed the science, listened to doctors and public health experts, and we continued making adjustments to our plans in order to protect lives. That’s the kind of steady and responsible leadership America deserves. And that’s the leadership Joe Biden will bring to the White House," DNC Chair Tom Perez said in a statement.

Biden is expected to accept the nomination from his home in the state of Delaware. Details about the location of the speech will be released at a later time.

Biden’s appearance in Milwaukee was one of the few remaining parts of the convention that would have been in-person. The DNC has vastly scaled back the event from a 50,000-person, four-day party to a virtual reminder of how much the pandemic has changed the world.

"2020 will always be remembered as a year of once-in-a-lifetime challenges and changes — but it will also be remembered as a time when Americans were their most compassionate and resilient selves. While we wish we could move forward with welcoming the world to beautiful Milwaukee in two weeks, we recognize protecting the health of our host community and everyone involved with this convention must be paramount," Joe Solmonese, CEO of the 2020 Democratic National Convention, said in a statement.

Milwaukee Mayor Tom Barrett says he's disappointed personally and professionally. This was the first time Milwaukee and Wisconsin had been chosen to host a national nominating committee.

"And I was proud of that," Barrett said. "Because I wanted to show off our city. I wanted the world to know Milwaukee's story. I wanted local businesses to enjoy an economic boost. And obviously those opportunities are not going to occur in the next couple of weeks."

Barrett said he has been asked about hosting another nominating convention in 2024, but said he isn't ready to think about it.

Milwaukee was chosen in March 2019 to host the DNC, beating out Miami and Houston. It meant that the party's presidential nomination would happen in the purple state of Wisconsin, where President Donald Trump had won in 2016. Before then, Republicans hadn't won Wisconsin since 1984.

The convention was expected to have an economic impact of about $200 million. The pandemic has caused the committee to make several changes before Wednesday, first postponing the convention from July to the week of Aug. 17, and later announcing it would be mostly virtual.

Following the 2016 presidential race, former Secretary of State Secretary Hillary Clinton was criticized for not campaigning in Wisconsin. Barrett was asked Wednesday if he thought Biden would suffer from not appearing in-person at the convention.

"I think people recognize this is a health care decision," Barrett said. "One of the defining differences between President Trump and Vice President Biden is how they are handling the COVID-19 crisis."

In a statement, Gov. Tony Evers, who endorsed Biden this week, said the convention is different than imagined, but the party's commitment is putting health and safety first.

"It has never been more important for elected officials to lead by example — that’s the kind of leader Joe is, and that’s the kind of president we need. I know he will continue to have a presence in Wisconsin, virtually or otherwise, and I look forward to doing everything we can to win Wisconsin," Evers said.