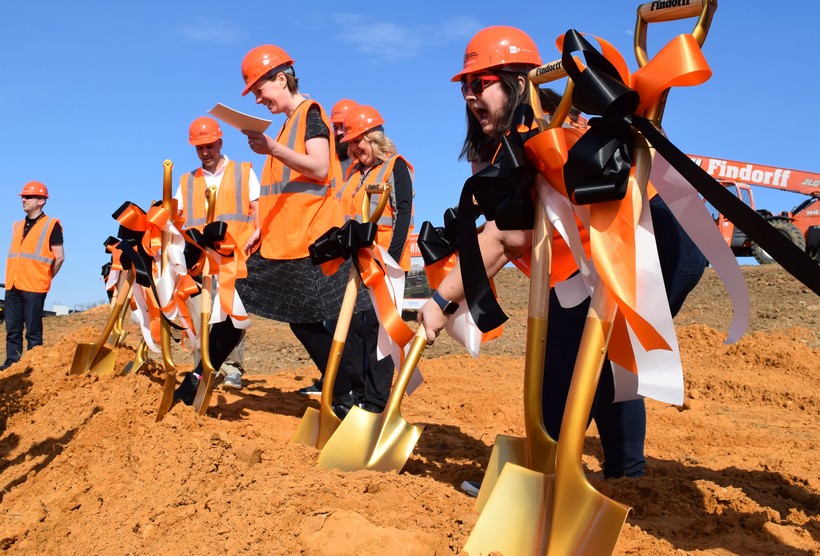 Using shiny gold shovels with black and orange ribbons near the handle to throw ceremonious scoops of dirt, members of the Verona Area School District broke ground in April on their brand new high school.

It’ll open in two years, and it’s funded through one of the largest referendums in Wisconsin history: about $183 million.

A lot of people contributed to the the design of the new school. 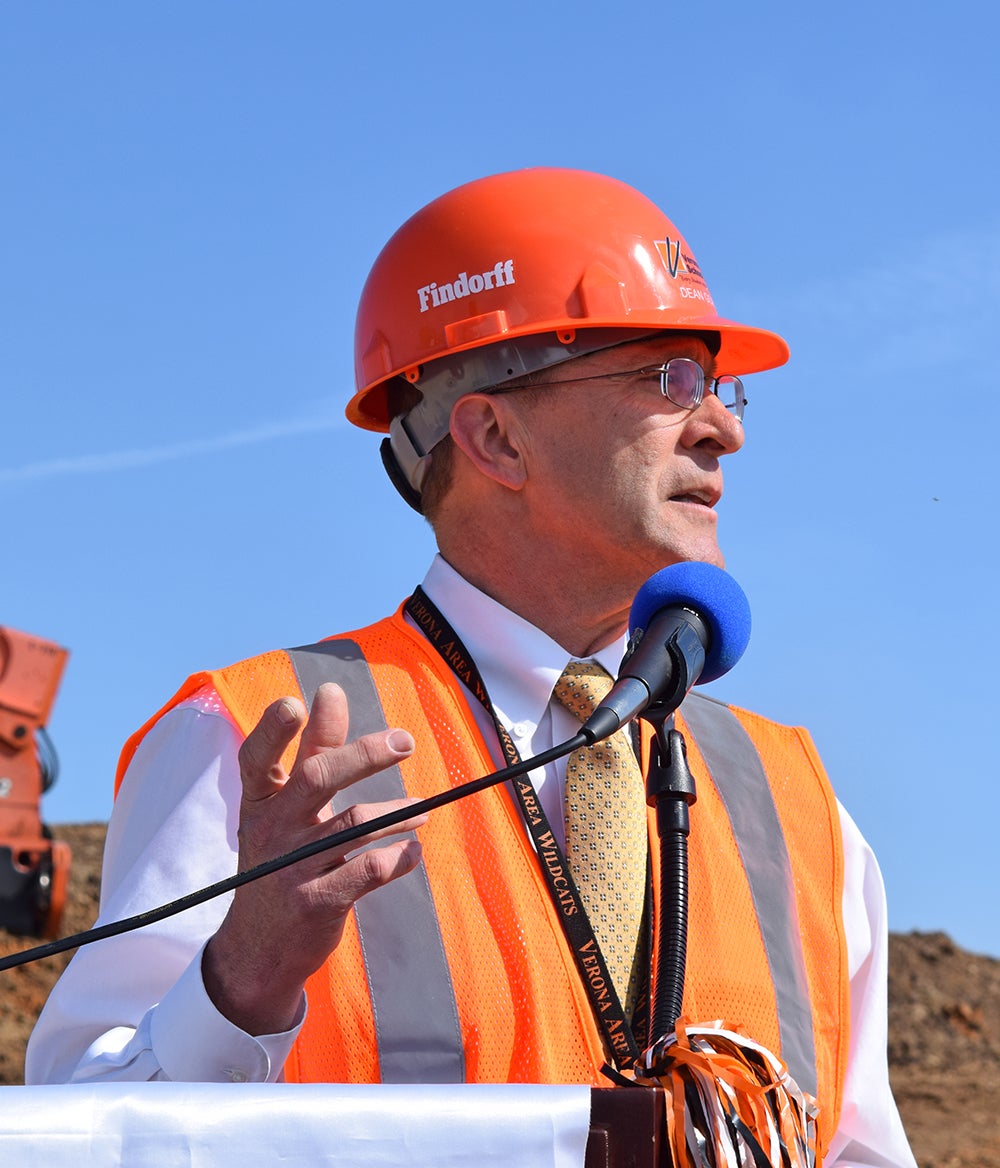 Verona Superintendent Dean Gorrell said there were focus groups and word clouds that lead to collaboration spaces and a focus on natural light.

One unexpected influence on the design of the school: the shooting that killed 17 people at Marjory Stoneman Douglas High School in Parkland, Florida.

After Parkland, the Verona Area School District altered the design of its new high school, and plans to spend up to $150,000 to address safety concerns.

This is a recent example of a school district spending more money to address increasing safety concerns.

Verona’s new high school prioritizes natural light, which means there’s a lot of glass. Gorrell said prior to Parkland, there were some people worried about the amount of glass. But those concerns increased after the February shooting.

Classrooms on the second and third floor had glass facing the hallways to bring in light and create more visibility. José Chávez, a freshman at Verona High School, said the amount of windows worried him and his friends.

"The individual could easily shoot through the glass, doesn’t matter what kinds of weapons they might carry," Chávez said.

"If a room had so much glass to the hallway that there wasn't enough space in that room for all students and the teacher to get out of the line of sight, that would essentially put them as visible sitting ducks in an active shooter situation," Anderson said.

But Anderson said the glass made him feel safer because teachers could see what was happening outside classrooms.

So, Verona tried to strike a balance.

Some of the glass will be removed from a few rooms, and a few rooms will have sliding doors that can cover the glass and restrict visibility. They've also added additional doors that connect rooms with and without glass to provide students access to a sheltered area.

Gorrell said Verona was committed to making these changes, even if it wasn't cost neutral.

School districts rely on budget referendums and their capital budgets to address these safety concerns. But with more shootings and increased concerns, districts have to make choices.

Sheboygan Area School District is using about $3.4 million of a 2016 referendum, worth $29 million, to address safety and security. But, the district has already been prioritizing this.

Assistant Superintendent of Student and Instructional Services Seth Harvatine says in the 20 years he’s worked for the district, he’s seen a steady increase in the amount of money spent on safety.

"That forced us to prioritize within our capital allocations whether it’s going to be an increased security system or letting the roof go another one or two years and coming back to replace that roof section a little bit later," Harvatine said.

Safety upgrades at schools are things like secure entrances, visitor stations, and laminate windows to protect from gunfire.

If Sheboygan hadn’t been spending as much money on safety, their facility services coordinator, Dave Albright, said he would get LED lights for the schools.

Now school districts across the state have a new pool of money they can access for safety.

At the end of April, the Wisconsin Department of Justice opened applications for $100 million in grants for districts to address safety.

Ed Dorff, executive director of the Wisconsin School Safety Coordinators Association, said schools are having to spend more money on safety than they did a decade ago, and the state’s new school safety grants are great, but the priority to protect kids isn’t going to change.

"Five years from now $100 million is gone, but let's suppose a better system for monitoring visitors or for internal cameras or whatever (comes along)," Dorff said. "... Are we looking at school districts to forego buying school books, forego curriculum development in order for that? Or can we look to other funding sources?"

Along with safety infrastructure, schools across Wisconsin are also putting money into mental health.

The $100 million in school safety grants the state is offering also come with training requirements for teachers. Schools must provide three hours of training on trauma-informed care before schools can qualify for funds.

Verona's Anderson agreed that mental health is a critical component of safety that schools have to invest in.

"Money allocated to safety is really, really important, but a large part of that is not the infrastructure piece," Anderson said. "It's providing early on you know interventions for students who are struggling all throughout the process in K-12 education."

The DOJ is expecting a lot of interest in the school safety grants. But administrators, like Verona's Gorrell, understand there’s no such thing as a totally safe school.

"We could have metal detectors at every door," he said. "We could have 1,000 cameras, we could have whatever; if somebody is really intent on doing harm, they'll find a way around all of that."