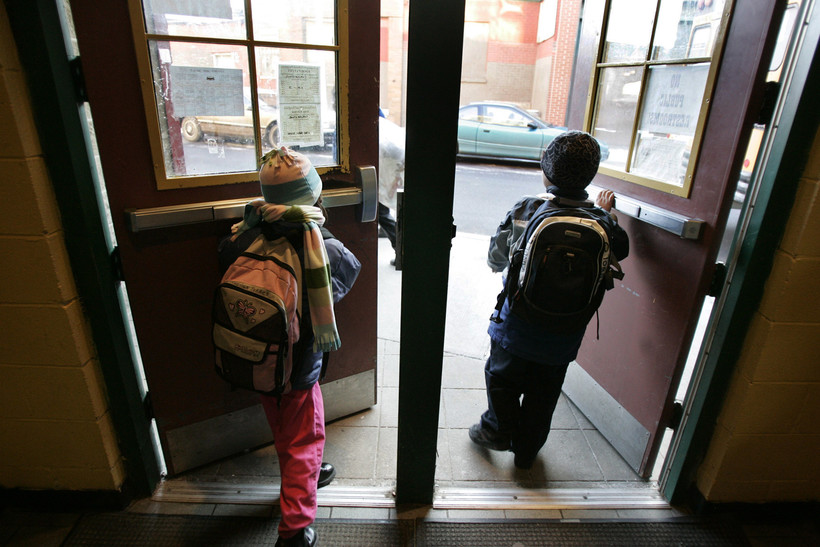 The program, which officially launched Tuesday, is aimed at improving safety in schools across Wisconsin. It comes in the wake of increased attention across the state and country to school safety and school shootings, including a statewide student march calling for expanded gun control legislation last week.

Gov. Scott Walker proposed the grant program earlier this year in response to calls for action. He signed the new law last month, which authorizes the spending and creates a new Office of School Safety within the DOJ.

Under the proposal, schools will be able to apply for funding to do things like putting locks on classrooms and installing shatterproof glass near exterior doors.

Attorney General Brad Schimel told WPR the program has enough funding to equip every school in Wisconsin with classroom door locks and shatterproof glass — but he warned there is no such thing as a completely safe school.

"It would be like a National Guard armory building and we don't want our kids going to school in that," said Schimel. "You've got to strike this balance between reaching a level where schools become a less attractive and a less vulnerable target, but retain the character of a school and not a prison or an armory."

The funding could not be used for funding salaries for armed guards in schools.

"We think that would run us out of money," Schimel said, citing a concern about providing year-after-year funding for officer salaries.

Some have pushed for more mental health treatment funding in schools, rather than facility upgrades. Schimel argued that would be a much more expensive endeavor than the $100 million could cover.

He pointed out that applicant schools must provide all full-time teachers and administrators with three hours of training in childhood trauma care before the can qualify for grant funding. He said that requirement should satisfy some who have called for more mental health services in schools.

The state will begin awarding the grants in June.