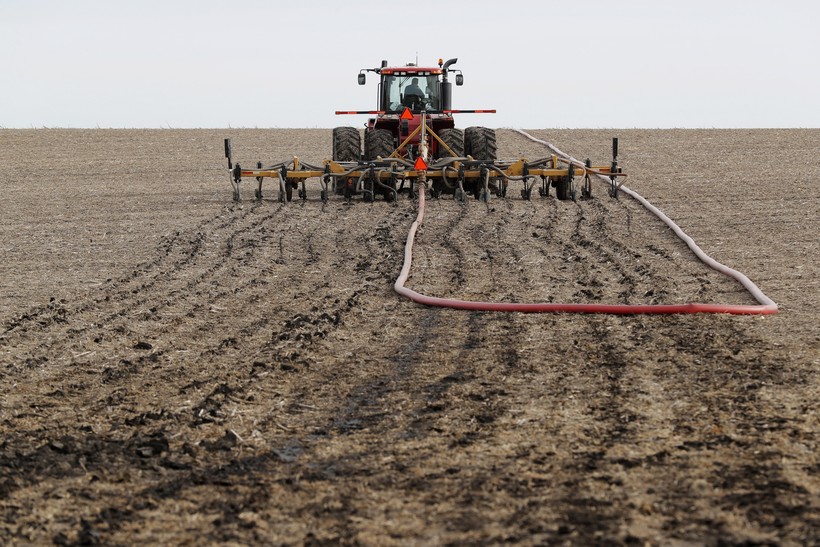 That’s according to the latest report from the U.S. Department of Agriculture’s National Agricultural Statistics Service.

Overall, Wisconsin farms had only slightly higher costs in 2019 compared to the year before, with total expenditures increasing by 5 percent.

The increase comes after production expenses fell by 12 percent in 2018, as producers delayed building and equipment purchases due to low prices.

Feed continues to be the largest expenditure for farms, making up 20 percent of farms’ annual expenses.

Simon Jette-Nantel, agricultural economics professor at the University of Wisconsin-River Falls, said late planting and challenging weather throughout the 2019 growing season greatly impacted the quality and yield of crops.

"That drove feed prices up and also the feed costs up," he said. "Because if you cannot produce the nutrients, the feed that you need for your cows out of your field, you’re going to have to compensate by buying."

Paul Mitchell, director of the Renk Agribusiness Institute at the University of Wisconsin-Madison, said hay stocks were at a record low in 2019, so dairy producers likely had to spend more to maintain their cows' milk production levels.

"They probably had to spend money on things to improve the quality of the feed, you know supplements or adding more grain or something," Mitchell said.

That category saw the largest decline in total spending last year, coming in 46 percent lower than in 2018. Fewer farms reported having these kinds of costs, going from 32 percent of farms in 2018 to 27 percent of farms last year.

"Milk prices, up until the fall at least, were not that great for 2019. And when you’re short on feed, that becomes hard to expand your herd or even maintain the same size," Jette-Nantel said.

He said many farmers chose not to bring in replacement animals, or even removed more cows from their herd as a way to keep costs down.

Jette-Nantel said spending on livestock could also have declined as more farms exit the dairy industry. Last year, the number of registered dairy herds in the state fell by 10 percent.

Spending on farm improvements and construction was up 25 percent from the previous year. This includes new construction as well as repairs to existing buildings, fences and other structures. Almost 57 percent of farms had these kinds of expenses and spent an average of $7,704.

Mitchell said many of these purchases were likely financed by the large amount of farm subsidies from the federal government and crop insurance payouts because of late planting.

He said many farms have been putting off expenses like machinery and building repairs because of continued low commodity prices.

"There have been such tight margins and the first thing you do is just stop spending money. But after a while, you have to spend money because you've got things that need to be done. And then a big check comes from the (federal) government, like 'Hey! Here's my money, I finally get to do something,'" Mitchell said.

As Wisconsin communities continue to see high unemployment rates because of the COVID-19 pandemic, Jette-Nantel said farms could see less pressure on their labor expenses.

"It doesn’t mean that people are rushing to the farm to find employment. But at the very least, it means that farm employees have less opportunities outside of the farm sector. And so that reduces the level of competition and probably will reduce the pressure on farms to increase wages and do more in terms of benefits," Jette-Nantel said.

Jette-Nantel said the farm labor market has been tight over the last ten years, so the cost of recruiting and maintaining labor has been a challenge for many producers in the dairy industry.

He said this trend will likely return once the economic impacts of COVID-19 subside. But Jette-Nantel said the high number of available workers could be used by farmers in the short term.

"It may not be a bad thing to hire people even if you know it's temporary. There might be some work where you think, 'Ok, with minimal amount of training and stuff, I might be able to productively hire those people and keep them employed even if I know that it’s going to be 6 months or it's going to be a year,'" Jette-Nantel said.

Spending on labor increased by 2 percent from the previous year, with farms spending an average of $17,411.