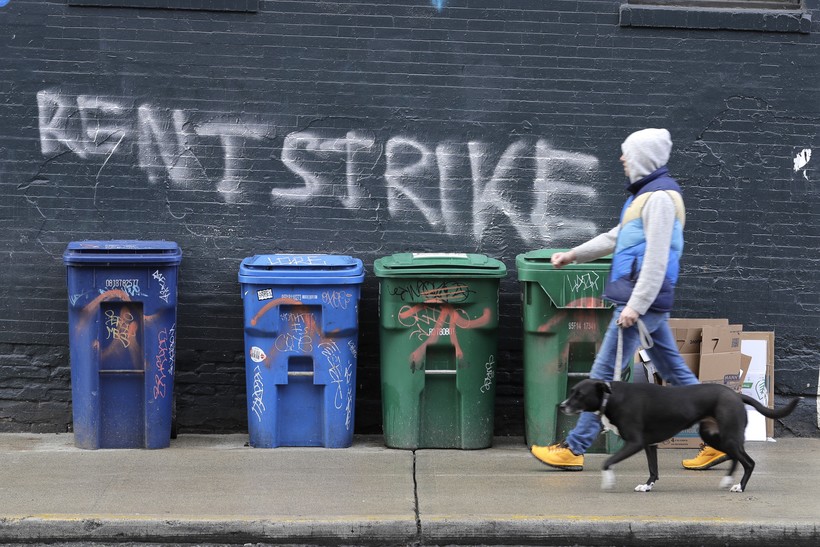 Wisconsin Organizations Brace For 'Tsunami Of Evictions and Homelessness' This Fall

As Wisconsin residents continue to struggle financially because of COVID-19, charitable organizations are preparing for a rise in evictions and homelessness this fall.

Joe Volk, executive director of the Wisconsin Coalition Against Homelessness, said eviction filings were above average in Milwaukee County since the end of the statewide eviction moratorium.

"We’ll start to see those cases transformed to actually physical eviction over the next few weeks," Volk said. "And that will be compounded by the lack of the federal extra unemployment (benefits). That was really what was keeping a lot of people afloat, just in terms of being able to pay their rent. So now that that's gone, I think you’ll see eviction filings going even higher."

"Shelters throughout the state, to achieve socially distancing, have had to drastically reduce the number of people they can serve, which of course puts even more people out on the street," Volk said. "So I think we will probably in September see kind of a tsunami of evictions and homelessness across the state."

Robert Parterrieu is executive director of Catholic Charities for the Diocese of La Crosse, which serves 19 counties in western and central Wisconsin. He doesn’t think there are more unsheltered people in the area this summer. But Parterrieu said they are more visible.

"They used to go to different places, the library and other places. But now with the social distancing, they cannot go in. Some places are closed," Parterrieu said. "Those who are homeless don't have a place to go, so they are gathering around the park and gathering in other places."

He said finding permanent housing for people experiencing homelessness in the community has been the top focus of his organization since the pandemic started.

Parterrieu said Catholic Charities’ current shelter is too small to serve the number of people in need and allow for social distancing. He said they used a gym to house people this spring, and that the organization is currently looking for locations to use as shelters this winter.

"The reality of the virus is not going to go away. This is a virus that is going to be with us a long time and it's something that we have to learn how to deal with and work with. So it's really important that people have a place to stay and have a place to go. Otherwise we’re going to make it worse for everybody else," Parterrieu said.

Wendy Weckler, executive director of Hope House of Milwaukee, said organizations like hers in Milwaukee are also thinking ahead to how they will provide services this winter.

"A lot of the shelters are having slightly reduced capacity just to allow people to socially distance within their facilities. And we don't want to open a different congregate facility that will have all of the same shortcomings, having people sleeping close together somewhere else," Weckler said.

She said part of that preparation includes trying to prevent people from needing shelter by offering rent assistance and other services.

The city of Milwaukee recently announced it would allocate $15 million in federal funds for rent assistance. That's on top of the $10 million that Milwaukee County set aside in June for eviction prevention and other housing programs.

Weckler said all of this funding has helped prevent a surge in homelessness in the Milwaukee area despite a spike in eviction filings. But she said it likely won’t be enough, or be distributed quickly enough, to prevent the number of evictions from rising.

Volk also said Wisconsin communities need more investment in eviction prevention to keep up with the demand. And he said officials also need to be preparing to offer healthcare services to people experiencing homelessness as COVID-19 cases and influenza cases are expected to increase this winter.