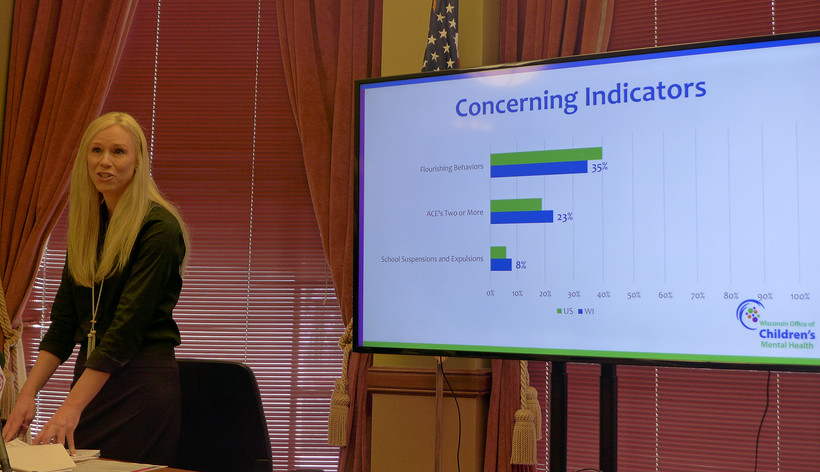 Melissa Murphy, a research analyst with the Office of Children’s Mental Health, said Wisconsin is improving on some measures of child wellbeing, but could do bettter. "There are still kids in crisis," she said during a Feb. 4, 2020, briefing at the state Capitol. Shamane Mills/WPR

"We know that students all over our state are struggling with their mental health. Peer-to-peer training ensures that the people they are most likely to turn to, their friends and classmates, have the tools they need to recognize warning signs and help their friends," said Evers at the bill signing at Milton High School. "This is about putting our kids' health and safety first, and I was proud to sign this bipartisan bill into law."

His bill signing comes on the same day as the release of an annual report by the Wisconsin Office of Children’s Mental Health that shows a teen suicide rate that’s been consistently higher than the national average for a decade.

During a presentation Tuesday morning at the state Capitol, the Office of Children’s Mental Health briefed First Lady Kathy Evers, lawmakers, social workers, school officials and others involved in children’s well-being. Their message: Wisconsin is making headway but there’s still more to do.

"We know that schools have been challenged to find school social workers," said Linda Hall, director of the Office of Children’s Mental health. She noted the state has provided more money to hire more social workers. "But not all schools have been able to hire more folks. We know that there’s a real shortage of all kinds of mental health professionals." 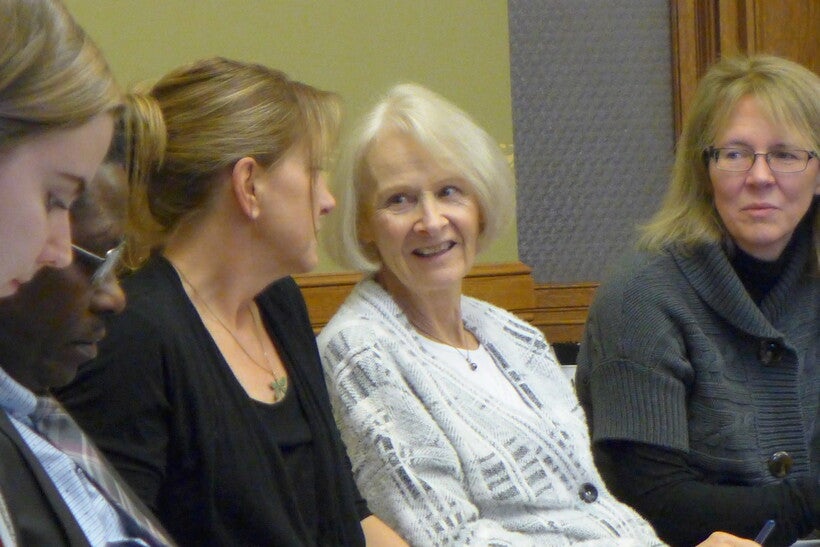 First lady Kathy Evers attends a Feb. 4, 2020 briefing on the mental health of children at the state Capitol given by department heads to lawmakers and those who work with kids. Shamane Mills/WPR

The Wisconsin Department of Health Services estimates the state needs 117 psychiatrists to meet current need for patients of all ages.

Health officials say a child’s development and growth is influenced by their surroundings and that lack of housing and health care may contribute to their angst.

"We can take action to improve the conditions of their lives to help increase those protective factors that help keep them in school, that give them better outcomes and opportunities to be successful," said DHS Secretary Andrea Palm during the briefing.

Another factor affecting children’s wellbeing is the potential for violence at school said Crystal Hester, public policy director with the National Alliance on Mental Illness Wisconsin.

"I have cousins who are in high school who are afraid because of the fear that someone might bring a gun to school. And I have young relatives who are being taught to hide under a desk so the bad guy can’t get them," Hester said at the briefing.

Hester was part of a workgroup that supports extreme risk protection orders, sometimes called red flag laws, as a way to potentially prevent teen suicide rates and curb school violence. Such laws allow a judge to temporarily remove a gun from the household if someone is considered to be a threat to themselves or others. 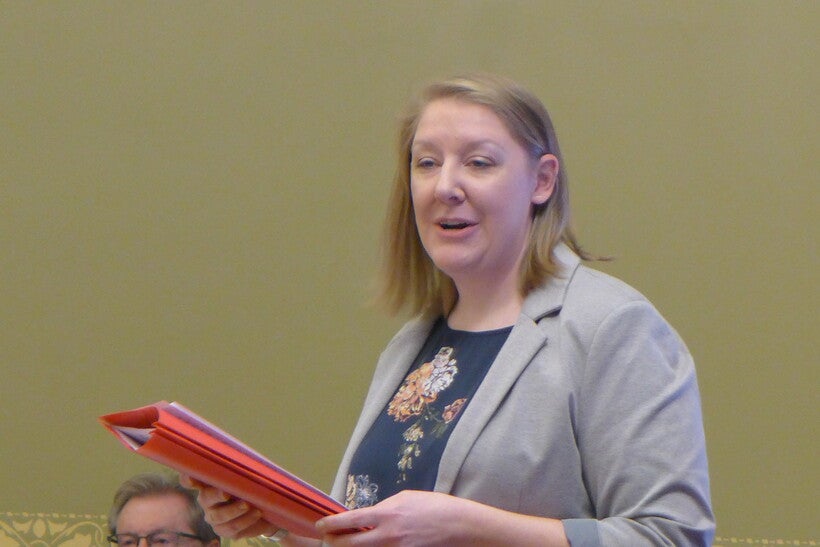 Audrey Humprey is a Racine County parent of an autistic child who also provides foster care to other children. During a Feb. 4, 2020 Capitol briefing by the state Office of Children’s Mental Health she said she was glad to see more school social workers, but data shows there’s still a need for more. Shamane Mills/WPR

A special session on gun legislation called by Evers resulted in no action by lawmakers, who didn't debate or take a vote on expanding background checks or instituting a red flag law.

In early December there were back-to-back school shootings in Oshkosh and Waukesha, where a student was shot by police during a confrontation with police.