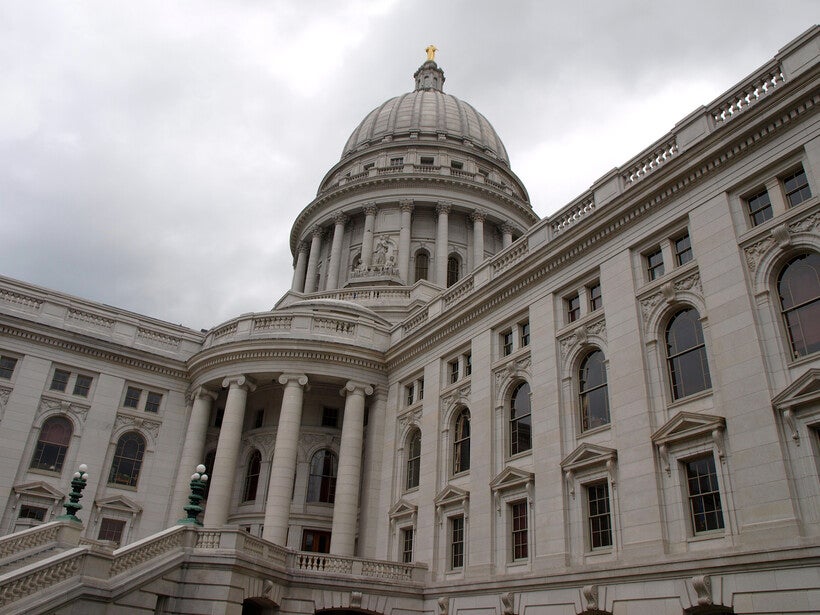 The Wisconsin State Capitol in Madison. Randy Stern (CC BY)

The governor’s call Thursday comes about a month after he and Democratic lawmakers rolled out a proposal to expand background checks on gun sales in Wisconsin.

Evers said state lawmakers have taken too long to act in the wake of mass shootings across the country.

"Each and every day officials choose cowardice over common sense," he said. "The consequences of inaction are too high."

Under the proposal, which is also sometimes called a "red flag law," family or friends can petition a judge to temporarily revoke someone's right to buy, own or carry weapons if they believe that person may be a threat to themselves or others.

The revocation would be effective for up to one year and could also be extended.

Several states enacted such laws in the wake of the deadly attack at Marjory Stoneman Douglas High School in Parkland, Florida, in 2018. A number of reports following that shooting highlighted warning signs exhibited by the shooter.

Rep. Melissa Sargent, D-Madison, is sponsoring the bill in the state Assembly and has been a longtime champion of the measure.

Sargent said the bill mirrors some policies already in place across Wisconsin, including provisions to temporarily revoke weapons from individuals in domestic violence situations.

"Temporary surrender of firearms is not a new concept in the state of Wisconsin," Sargent said. "This is not a partisan issue, this is a pragmatic issue."

The bill is being circulated for co-sponsorship among lawmakers.

Democrats have also called for expanded background check requirements in Wisconsin. Under that plan, sometimes called a "universal background check" measure, gun sales would have to be made through a federally licensed firearms dealer and involve a background check.

Democrats have pointed to strong public support for the universal background check plan. According to a poll released earlier this month by Marquette University Law School, 80 percent of Wisconsin residents support background checks for gun purchases online and at gun shows. The poll found similar levels of support for red flag laws.

"It’s widely known that we believe this legislation poses threats to due process and the Second Amendment rights of law-abiding citizens," they said.

The leaders have made those arguments for months.

In their statement, Vos and Fitzgerald pointed to a $100 million school safety grant program approved under former Gov. Scott Walker in response to previous mass shootings. They also outlined plans to continue "focusing on improvements in our mental health care system."

Evers on Thursday accused the leaders of preventing some of their members from supporting the red flag and universal background check bills.

"They answer to their leadership," Evers said of GOP lawmakers. "The buck stops in two offices in the Capitol."