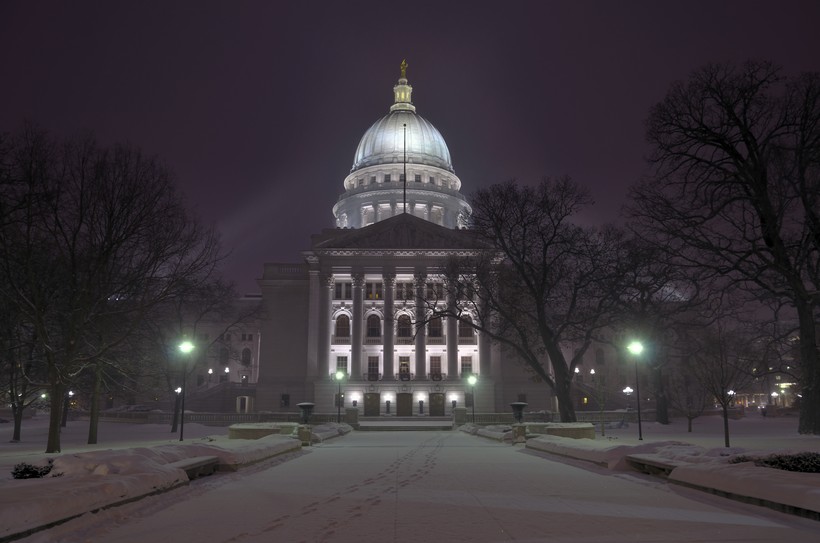 Thousands of businesses across Wisconsin wouldn't be taxed for coronavirus aid under a plan approved Tuesday by state lawmakers.

Under the bill, Wisconsin businesses that received Paycheck Protection Program loans last year as part of federal coronavirus relief wouldn't have to pay state income taxes on their loans and would be able to deduct expenses paid with loan money from their state taxes. Those policies are already in place for federal taxes.

"What this bill does ... is a prime example of good governance that continues to put Wisconsin first and reaffirms that our small business community should not be punished for accepting aid during a time of great uncertainty," Macco said.

The Paycheck Protection Program loans, approved by Congress and rolled out last spring, were available to small businesses, most with 500 employees or fewer. The funds could be used to cover expenses like rent, utilities and payroll as business declined during the pandemic. In most cases, the loans were forgivable.

Though most ultimately voted to support the bill, some Assembly Democrats argued the proposal should have been more targeted to businesses that lost money during the pandemic. They argued some businesses have actually posted profits over the past year.

Minority Leader Gordon Hintz, R-Oshkosh, backed a plan that would have capped the state tax deduction at $250,000 and provided $241 million in state grant assistance to struggling small businesses.

"There’s a better way to do this and for those of you that want our tax dollars to be spent wisely, want transparency and accountability," Hintz said during debate.

Some opponents have argued the legislation allows for "double dipping," because it bars taxing businesses on the loans as income and gives them the ability deduct expenses paid with the forgivable loan money.

"The tax cut would significantly reduce the amount of resources Wisconsin has to invest in families, schools and communities that have been battered by the pandemic and the recession, and it would fail to help many small businesses who are the intended beneficiaries," said Jon Peacock, project director at the Wisconsin Budget Project.

According to a memo from the Legislature’s nonpartisan budget office, the plan to exempt the loans from state taxes would cost Wisconsin about $419 million in revenue over the next three years.

Businesses have lobbied for weeks for the state law change, arguing Wisconsin businesses that have been struggling during the pandemic should not have to pay out additional money after receiving federal support.

"It is imperative that we make sure that this is fixed," said Kristine Hillmer, president and CEO of the Wisconsin Restaurant Association, in a written testimony to lawmakers last month. "Otherwise, many small businesses will not be able to pay their state income taxes and we will see many business closures."

According to the federal government, about 90,000 Paycheck Protection Program loans were distributed in Wisconsin in 2020, totaling almost $10 billion. So far this year, about 26,000 loans have been given out in the state, totaling roughly $2 billion.

The proposal also includes other state tax law changes, including medical insurance deductions for self-employed people and deductions for economic injury disaster loans. Those changes would cost the state about $121 million over the next three years, according to the Legislature’s budget office.

The bill now heads to Gov. Tony Evers' desk. The governor hasn't said if he will sign the plan, but the lopsided votes in the Legislature mean lawmakers could potentially override the governor if he were to veto the bill.

Also on Tuesday, state senators passed a package of Republican COVID-19 bills that could be headed for vetoes by Evers, should they clear the full Legislature.

The proposals include one that would ban the state Department of Health Services and local health officers from requiring anyone to get a COVID-19 vaccine.

They also include a bill that would ban state and local health officers from closing or forbidding gatherings in places of worship, a power they're given in state law right now.

Republicans also passed another bill that would prohibit the state from prioritizing prisoners to receive the COVID-19 vaccine.

State Sen. Van Wanggaard, R-Racine, the measure's sponsor, said prisoners should be eligible to receive the vaccine at the same time as other members of the public in similar demographics, not sooner.

"What this bill does is make sure prisoners aren't going to get ahead of the queue," said Wanggaard.

Democrats argued the plan failed the state's responsibilities to care for prisoners who are already forced to live in a confined space where COVID-19 can spread more rapidly.

"Their sentence is what the court gave them. They should not be subjected to die because we refused to do what is right," said Sen. Lena Taylor, D-Milwaukee.

Several groups reported lobbying against the plan, including the Wisconsin Catholic Conference.

"Senate Bill 8 fails to respect the dignity inherent in every incarcerated person and the mercy that must be afforded to all," read a statement by Kim Vercauteren, executive director of the Wisconsin Catholic Conference. "In the interest of justice and mercy, we urge you to oppose SB8."

More than half of Wisconsin's prison population has been infected with COVID-19, and at least 25 inmates have died.

Senators also passed another Republican proposal that would require the governor to submit a plan to the Legislature for when all state workers will return to their offices rather than working from home in an effort to slow the spread of COVID-19.

The bills covering the vaccine mandate, closing churches and prisoner vaccines all passed on voice votes, while the plan covering state employees passed along party lines.

Two other bills passed by the Senate Tuesday related specifically to vaccines could have a better chance of becoming law.

One would allow dentists to administer COVID-19 and flu vaccines if they complete an eight-hour course on vaccination storage, protocols and techniques.

The other, which already passed the Assembly on a vote of 90-1, would let pharmacy students administer the COVID-19 vaccine.

Both measures passed on voice votes.

Senators also passed a plan Tuesday by a vote of 31-1 that would require pharmacy benefit managers to register with the state. A similar proposal passed the Wisconsin Assembly last session but never passed the Senate.

The latest proposal would require pharmacy benefit managers to submit annual reports to the state on rebates they receive from drug makers. They'd also have to specify how much of that rebate they retained for themselves and did not pass on to health plans or their customers.

The bill would also prevent pharmacy benefit managers from stopping pharmacists from informing patients of lower cost alternatives for a drug.

"In every industry, we have good and bad actors, and what this bill does is rewards the good actors while reining in the bad actors," said Sen. Mary Felzkowski, R-Irma.

In addition on Tuesday, Senators passed a plan that would let the State Public Defender's Board offer merit-based raises to public defenders.

Senators also passed a pair of bills that would increase penalties when crimes are committed against older adults.