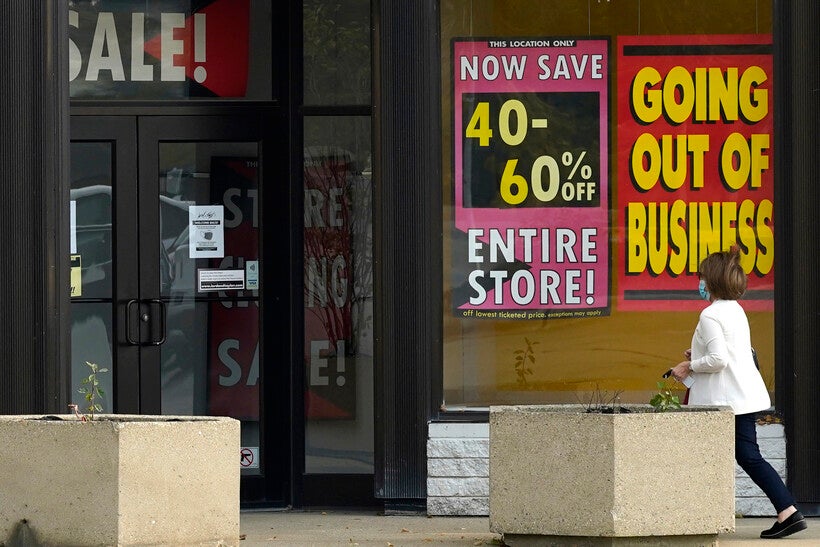 Businesses Could Be On The Hook For Thousands Of Dollars Unless Legislature, Gov. Evers Act
By Rachael Vasquez
Share:

Without action from state lawmakers and Democratic Gov. Tony Evers, many small businesses in Wisconsin may have to pay unexpected state taxes on loans taken out under the federal Paycheck Protection Program (PPP).

The news comes less than a month after Congress created a legislative fix to the same issue on the federal level, ensuring that businesses would not have to pay additional federal taxes on their PPP loans. Those changes came in the latest round of coronavirus relief that was signed into law in late December.

The PPP, initially created in March under the first round of federal coronavirus aid, granted small businesses loans to help cover the cost of payroll, in addition to expenses like rent, mortgage insurance and utilities. In general, if a business was able to maintain staffing levels, the loans were forgivable.

According to interviews with multiple PPP recipients, many were under the impression that, if they followed the rules of the program, the loans would essentially turn into government grants to their businesses at no expense to them.

But first in May and again in November, the IRS said that expenses paid for with PPP loans that were or would be forgiven could not be deducted for federal tax purposes. That decision would have increased a business's taxable income, resulting in thousands, tens of thousands, and in some cases even hundreds of thousands of dollars in taxes for small business owners that they would not have had to pay if they hadn't covered those expenses with PPP funds.

In the second round of federal coronavirus relief passed in late December, Congress included legislation fixing the issue and allowing businesses to make those deductions for their federal taxes.

But in a notice posted on its website Friday, the state Department of Revenue clarified that Wisconsin law adheres to prior PPP restrictions, meaning small businesses will not be able to deduct those expenses from their state taxes.

That means small businesses, many of which are under immense financial strain amid the COVID-19 economic downturn, could have to pay state taxes on their PPP loans unless the state Legislature and Evers intervene.

Terry Hoover, a partner at the Appleton offices of the accounting and consulting firm Wipfli, said the cost to businesses will vary depending on the size of their PPP loan and how the business is organized. For a sole proprietor, for example, Hoover estimates businesses could face an extra $6,000 to $8,000 for every $100,000 worth of expenses a business isn't able to deduct.

If no legislative action is taken by April 15, many businesses will be required to begin paying state taxes on their PPP loans, according to Hoover. But he added that some businesses have already been affected by the confusion, including at least seven businesses at Wipfli alone.

"So now they wake up to find on Friday morning that they actually have underpaid their Wisconsin taxes, and so have to amend those returns and pay in more, plus interest at 12 percent," Hoover said. "Or they can wait and hope for the best that the Legislature acts to retroactively (bring Wisconsin into alignment with federal law) to avoid having to do that."

The Wisconsin Department of Revenue also said Friday that, under current state law, businesses with a second PPP loan must treat that loan as taxable income if it's forgiven. That would have a similar effect on small businesses' 2021 taxes, in effect forcing small businesses to pay taxes on the government loan.

Dan Glomski, principle and head of business valuation at the accounting firm SVA in Milwaukee, said that all along Congress intended for PPP loans to be a tax-free lifeline to small businesses harmed by the pandemic. Glomski said state lawmakers and Evers should respect the intent of Congress, instead of treating PPP loans like a "revenue-generation opportunity."

Lawmakers have not yet introduced legislation that would reconcile the differences between state and federal law on PPP tax issues.

A representative for Rep. John Macco, chair of the Assembly Ways and Means Committee, said Tuesday that both Macco and his colleagues on the committee are "aware of the inconsistencies" between state and federal law on PPP tax issues and are "looking into it."

A representative for Evers did not respond to questions about whether Evers would support legislation that would prevent small businesses from having to pay taxes on their forgiven PPP loans.