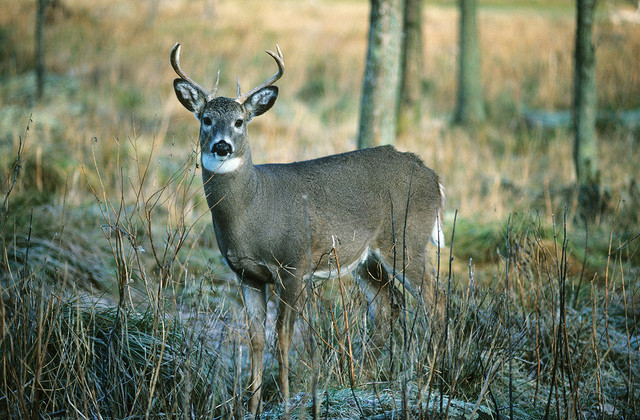 The opening weekend of Wisconsin's deer season was marred by the fatal shooting of an 11-year-old boy by a member of his hunting party.

Officials are asking all hunters continuing in the nine-day gun deer season, which opened Saturday, to follow the four basic rules of firearm safety, including always being aware of where the gun's muzzle is pointing.

On Sunday in Green Lake County, a 41-year-old man was attempting to unload his gun to place it in the back seat of the vehicle when the gun went off, hitting the 11-year-old in the chest. The boy was flown to a nearby hospital, where he died.

Wisconsin Department of Natural Resources officials did not release further information about the incident, but said an investigation was ongoing and they have not made a determination about whether to refer charges to law enforcement.

The shooting was one of six during the opening days of the season. The other five were non-fatal; two were self-inflicted gunshots to the foot or leg and one was a self-inflicted shot to the hunter's pinky finger. A 22-year-old man was shot in the thigh by a member of his hunting party during a drive, and a 69-year-old woman was shot in the thigh by a 16-year-old member of her hunting party while she sat in a blind.

The state's gun deer season lasts through Sunday, but the opening weekend is by far the busiest; about 50 percent of deer harvested annually are taken on opening weekend.

Registrations were down slightly, in line with long-term trends. Participation in the gun-hunting season has declined, while more hunters are signing up for the archery and crossbow season. Year-to-date sales for all state deer hunting licenses were down about 2 percent from the same time last year, according to the DNR, which reported 779,123 licenses sold through Nov. 20.

Though the light snow-cover in most parts of the state was favorable for this year's opener, hunters faced unusually cold and windy conditions, which made the hunt harder for many.

"It's likely that the forested zones, both the central forest and the northern forest, had a little bit of a buffer from that wind effect," said Jeff Pritzl, DNR deer program specialist. "It was the really open agricultural country that was really exposed to those whipping winds."

Maj. April Dombrowski, DNR recreational safety section chief, said the cold may have contributed to some of the shootings as well, to the extent that hunters were distracted by winds or heavy winter clothes. One of the self-inflicted gunshots happened when a hunter's hand froze to the rifle, she said; he touched the trigger as he was trying to get his hand unstuck.

Each year the state's deer donation program allows hunters to donate their venison to food pantries around the state. The program typically yields between 1,300 and 1,600 donations. But DNR wildlife biologist Brad Koele told Wisconsin Public Radio's "Central Time" that donations from opening weekend appeared to be down, even as yields were up.