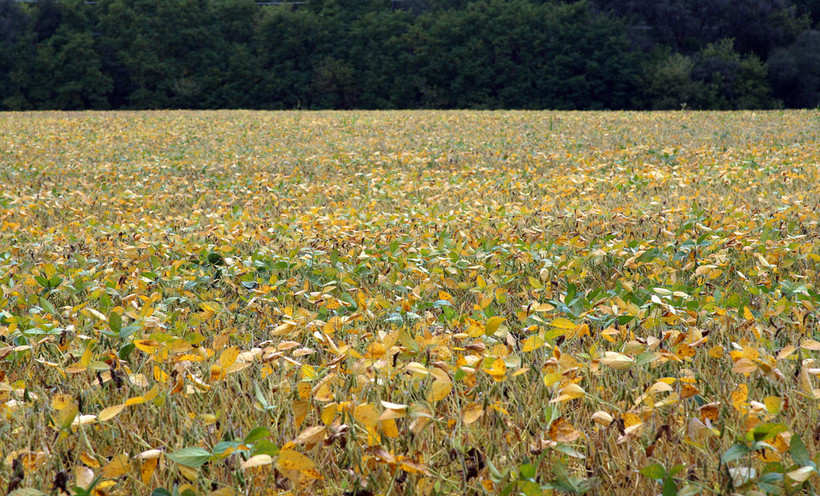 Wisconsin farmers planted soybeans on a record number of acres this year.

The latest data from the National Agricultural Statistics Service found soybeans were planted on 2.3 million acres in the state, up 7 percent from last year's record high.

Greg Bussler, state statistician for NASS, said that Wisconsin isn't the only state seeing more acres going to the crop.

"What’s interesting to note is that in the U.S., this is the first time since 1983 that soybean acres have surpassed corn acres," Bussler said.

"We're going to meet a certain amount of corn acres in terms of corn silage for our dairy industry. So, those are pretty firm and they don't move a lot in Wisconsin," said Shawn Conley, an agronomy professor at the University of Wisconsin-Madison. "But we're pulling acres from our small grains, and that could be either winter wheat or oats."

Conley said more farmers are pursuing soybeans because production costs per acre are lower than corn.

"Given the economic drivers out there in terms of the price per bushel, soybean is one of the few crops that's actually penciling out in the black or on a positive note," Conley said. "It's one of the few places farmers can make money in the state of Wisconsin in terms of a commodity crop."

But Conley and others in agriculture worry that strong price could be changing. Conley said soybean commodity prices have fallen around $1.50 per bushel in the last few weeks.

"We've had record acres planted, really good crop reports coming out there. But of that $1.50, you can be certain a significant chunk of that is related to tariffs," Conley said.

China is set to implement a new 25-percent tariff on soybeans this week. The country is a major export market for the U.S. and for Wisconsin.

In the short term, Conley said farmers will likely see lower prices thanks to the additional tax. But he warns things could be much more serious if the trade war with China continues.

"Not today, not tomorrow, but five to seven years from now, if these tariffs stay in place we’ll lose that market," Conley said. "This is Econ 101: once you lose a market, its very difficult to get that market back."