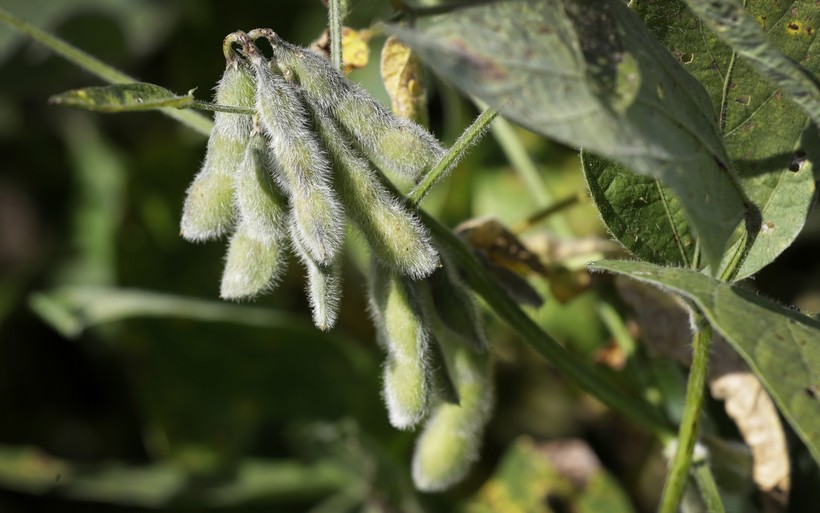 Wisconsin farmers are expected to plant 2.15 million acres of soybeans this spring, the largest amount on record.

The U.S. Department of Agriculture estimates Wisconsin farmers will plant 10 percent more acres of soybeans than they did last year, causing a new national record of 89.5 million acres.

Commodity prices for soybeans have fared better than corn, and there's more demand for the crop on the international market.

"The way the rules are set up now, if the farmer wants to do some activity like plant corn or plant soybeans and the bank can't see a cash flow in return to pay off the prospective operating loan, they really aren't allowed to give the loan," Mitchell said.

Mitchell said corn is also a more expensive crop to plant, another motivating factor if producers can’t borrow as much as they hoped. Soybeans may be a more profitable crop for farmers to plant this year, but record yields could hurt the market.

"We’ve had four years of record-large production," said Brenda Boetel, professor of agricultural economics at UW-River Falls. "If we have one more (year), it just means that we have larger carry over and then unfortunately that just probably means that we’re going to see lower prices."

The amount of corn and soybeans in storage is already at record-high levels in the state.

"Even though we kind of expected them to stay high, overall stock numbers for grains were kind of a surprise," Mitchell said.

Mitchell said United States producers export almost half of the soybeans produced, so record levels aren’t as harmful to prices. But with only 10-15 percent of U.S. corn on the export market, higher stocks have a big impact.

This year’s projections for corn in Wisconsin remained fairly steady, only falling by 1 percent. Nationally, planted acreage fell by 4 percent.

"In Wisconsin, it's not a big swing because the dairy industry forces us to grow what we are going to grow for feed," Mitchell said.

Mitchell said most of the increased soybean acres came out of other crops like wheat.