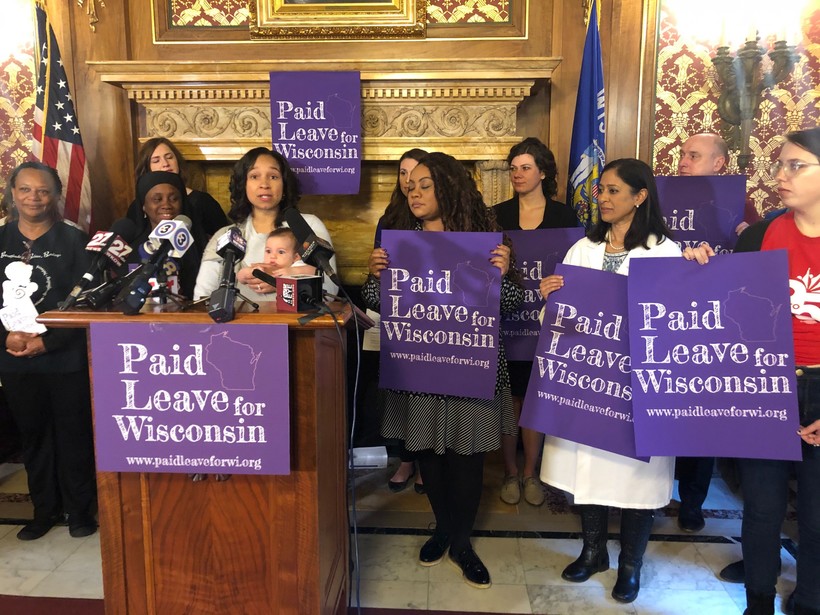 On Third Attempt, Proposal Has Yet To Receive Support From GOP Lawmakers
By Laurel White
Share:

Wisconsin workers without employer-funded family medical leave would be able to buy in to a state-run insurance program under a proposal reintroduced Tuesday by Democratic state lawmakers.

Under the plan, participating employees would pay income-based premiums to support the program and be eligible to receive paid leave under certain circumstances, including to care for a newborn child, adopted child or sick family member.

Premiums would be deducted from employees’ paychecks. There would be no cost to their employers.

The measure is aimed at providing an option to individuals whose employer doesn’t offer paid family medical leave.

"Far too many families live paycheck to paycheck and cannot afford to take any time off," said state Sen. Janis Ringhand, D-Evansville, one of the bill's sponsors.

The program would not use any state funding, but would be created and overseen by the Department of Workforce Development.

Representatives from a number of health care and business groups joined lawmakers at a Tuesday press conference to support the plan.

"Our babies aren’t seeing their first year of life," Murray said. "We know the positive impacts this can have."

Black babies born in Wisconsin die before their first birthday at a higher rate than any other state in the nation, according to a 2018 report from the Centers for Disease Control and Prevention.

"States around the country are seeing the strengths of these policies, and it’s time for Wisconisn to step up," said state Treasurer Sarah Godlewski.

Godlewski pointed out a 2011 survey of California companies conducted by the Harvard Business Review which found that state’s medical insurance program has either benefited or had no effect on businesses in the state.

The proposal would also expand the state’s current family medical leave law to allow individuals to take leave for more family members, including grandparents and siblings.

The measure, sponsored in the Assembly by Rep. Sondy Pope, D-Cross Plains, has been introduced twice previously. It has never received support from Republican lawmakers, who currently control both the state Assembly and Senate.

Opponents to similar plans in other states have expressed concerns with administrative costs for the state, as well as the effect of employee leave on businesses.