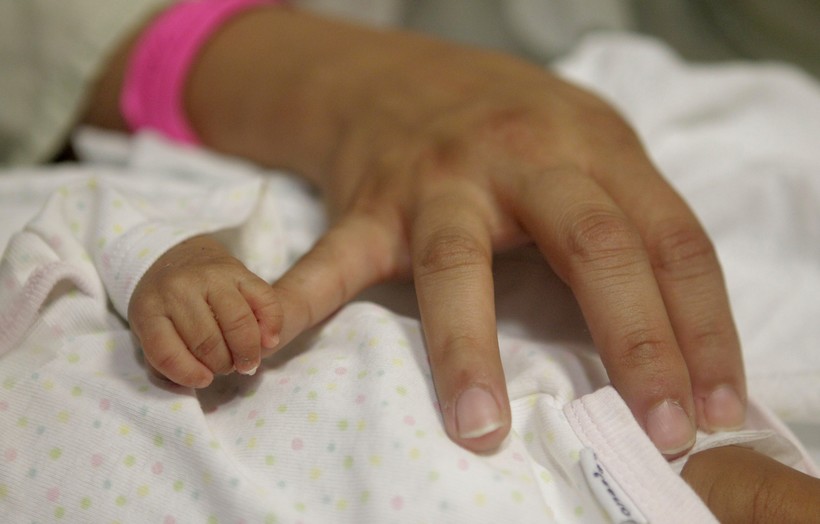 African-American babies born in Wisconsin die before age 1 at a higher rate than any other state in the nation, according to a new report from the Centers for Disease Control and Prevention.

Nearly all states have racial disparities when it comes to infant mortality, but Wisconsin has the nation’s highest gap between white and black babies. According to infant mortality data compiled by the CDC’s National Center for Health Statistics, the rate of infant deaths for black babies in Wisconsin is nearly three times as high as white babies.

"Plenty of states are twice as high and some are less than twice as high, so the picture there with the statistics is just not great. And that rate for Wisconsin is the highest we reported in the nation," said NCHS demographer T.J. Mathews.

Wisconsin boasted the highest infant mortality rate for infants born to non-Hispanic black women in the nation between 2013 and 2015 at 14.3 deaths per 1,000 babies. The national average for that same group was 11.1. "We do reports like this to bring public health issues to the attention of Americans," said Mathews. "This is an important public health measurement and Wisconsin’s got some work to do."

Those trying to improve the health of pregnant women and babies in Wisconsin say they are working on a number of fronts to address the issue.

"I want to give hope to the communities that when they see the statistics, that yes the numbers are very alarming, we are being proactive though to address this issue in our communities," said Gina Green-Harris, director of the Lifecourse Initiative for Healthy Families which operates in southeast Wisconsin.

The Lifecourse Initiative looks at how the stress of daily life can impact pregnant women who don’t have adequate housing, employment and health care.

"While we focus on healthy babies and moms, we also know it's not just the result of nine months of pregnancy, but the entire lifespan leading up to her pregnancy and what does that look like," Green-Harris added.

Each city served by the Lifecourse Initiative has a priority. For instance Kenosha focuses on the mental health of African-American mothers and prenatal care at home.

"And then there are some follow up visits after delivery to check in with mom, check in with baby to make sure goings are going well," Green-Harris said.

Milwaukee focuses on how to prevent premature births. Racine focuses on breastfeeding. The American Academy of Pediatrics recommends breastfeeding because a mother’s milk contains disease-fighting substances that protect babies from illnesses.

In addition to providing support for African-American women and their families, the Lifecourse Initiative also works to combat the negative effects of racism.

A recent NPR story indicates that even if an African-American mother has a good home and job, racism can have deadly effects.