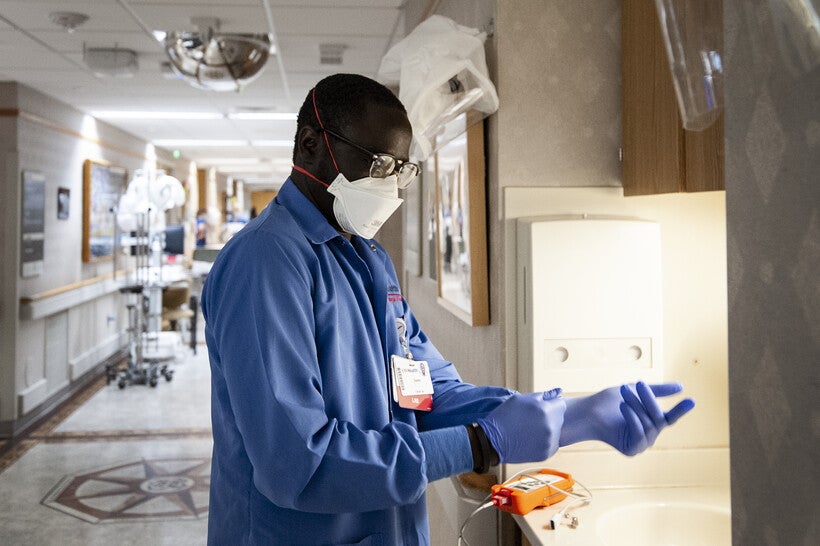 Evers and state health officials urge people to mask up, get vaccinated against COVID-19
By Shamane Mills
Share:

Nineteen months after Gov. Tony Evers declared a public health emergency because of COVID-19 , many hospitals are full. The state is requesting federal help to shore up staffing in hospitals and nursing homes.

Almost 300 health care facilities in Wisconsin have asked for assistance to care for patients, Department of Health Services Secretary-designee Karen Timberlake said in a Wednesday briefing.

She said the agency is working with the Federal Emergency Management Agency to get medical reserve teams into the state.

"These teams will be dispersed around the state and will add important capacity, especially in intensive care units," Timberlake said.

DHS officials reported three additional COVID-19 cases from the new omicron variant.  The first case in the state linked to the variant was reported Saturday.

But it's the delta strain that is responsible for 99 percent of infections, officials said. As of Tuesday, there were 1,630 people hospitalized with COVID-19  in Wisconsin, which is 212 more patients than last week, Timberlake said.

Evers and health officials urged people to mask up while indoors and get vaccinated to ease the pressure on hospitals. Fifty-six percent of the state is fully vaccinated, according to state data.

"We just can't let our hospitals go into crisis mode," said Evers, who urged local officials to encourage communities to take precautions to slow the spread of virus.

All 72 Wisconsin counties have "high" levels of COVID-19 transmission, according to DHS.

At least one state representative, Rep.Gary Tauchen, R-Hartland, is taking part in a pro-vaccine campaign.

WPR reported last month that Tauchen is one of a relatively small number of elected Republican leaders in Wisconsin who has been willing to be a part of campaigns to publicly encourage vaccinations. GOP leaders like U.S. Sen. Ron Johnson have spent months promoting false or misleading information about the vaccine. In August, state Senate Majority Leader Chris Kapenga, R-Delafield, encouraged hospital workers to defy their employers' vaccine mandates.